At 10:00 am on Tuesday, President Donald Trump made an approximately 41-minute speech at the UN assembly—a landmark foreign policy moment at the 8-month mark of his presidency. Here are the highlights you might have missed:

“No nation on Earth has interest in seeing this band of criminals arm itself with nuclear weapons and missiles,” he said, referring to North Korea. “Rocket Man is on a suicide mission for himself and for his regime.”

“We must work together and confront together those who threaten us with chaos, turmoil and terror. The scourge of our planet today is a small group of rogue regimes that violate every principle on which the United Nations is based. They respect neither their citizens, nor the sovereign rights of their country. If the righteous many do not confront the wicked few, then evil will triumph. When decent people and nations become bystanders to the forces of destruction, they only gather power and strength. No one has shown more contempt for other nations and for the wellbeing of their own people than the depraved regime in North Korea… The United States has great strength and patience. But if it is forced to defend itself or its allies, we will have no choice but to totally destroy North Korea.”

By what seems to be a coincidence (seats for the assembly are assigned by lottery), the North Korean delegation was assigned front row seats for the speech. He did not seem concerned about Trump’s threats.

“As president of the United States, I will always put America first, just like you as the leaders of your country, will always and should always put your country first.” He added, however, that, “In America, we do not seek to impose our way of life on anyone, but rather to let it shine as an example for everyone to watch.”

4.) Trump calls the Iran Nuclear Deal “an embarrassment to the United States.”

“We cannot let a murderous regime continue these destabilizing activities while building dangerous missiles, and we cannot abide by an agreement if it provides cover for the eventual construction of a nuclear program,” he said, referring to the Iran Nuclear Deal made by President Obama (this was one of the few times in his speech that he said something that garnered applause from the assembly). “The Iran deal was one of the worst and most one-sided transactions the United States has ever entered into. Frankly, that deal is an embarrassment to the United States, and I don’t think you’ve heard the last of it, believe me.”

5.) Trump says some parts of the world as “going to hell.”

“Major portions of the world are in conflict and some in fact are going to hell, but the powerful people in this room, under the guidance and auspices of the United Nations can solve many of these vicious and complex problems,” he said, though he did not specify which countries he was talking about.

6.) He called on the UN to do more to justify the funding it gets from the U.S.

“The United States is one of 193 countries in the United Nations, and yet we pay 22 percent of the entire budget… The United States bears an unfair cost burden, but, to be fair, if it could actually accomplish all of its stated goals, especially the goal of peace, this investment would easily be well worth it… The American people hope that one day, the United Nations can be a much more accountable and effective advocate for human dignity and freedom around the world.”

7.) Trump says we must “aim to stop radical Islamic terrorism.”

8.) Trump says the U.S. is “prepared to take further action” against Venezuela’s regime.

“We have also imposed tough, calibrated sanctions on the socialist Maduro regime in Venezuela, which has brought a once-thriving nation to the brink of total collapse. The socialist dictatorship of Nicolás Maduro has inflicted terrible pain and suffering on the good people of that country. This corrupt regime destroyed a prosperous nation by imposing a failed ideology that has produced poverty and misery everywhere it has been tried… The Venezuelan people are starving and their country is collapsing… This situation is completely unacceptable, and we cannot stand by and watch. As a responsible neighbor and friend, we and all others have a goal…to help them regain their freedom, recover their country, and restore their democracy… The United States has taken important steps to hold the regime accountable. We are prepared to take further action if the government of Venezuela persists on its path to impose authoritarian rule on the Venezuelan people.”

Trump garnered some criticism for not addressing climate change, Myanmar or Russia. The closest that he came to speaking of the latter was when he said we must “reject threats to sovereignty from the Ukraine to the South China sea.”

Diana Bruk has written extensively about dating, travel, Russia-American relations, and women’s lifestyle for Cosmopolitan, Esquire, Elle, Marie Claire, Harper’s Bazaar, Guernica, Salon, Vice, The Paris Review, and many more publications. As the former Viral Content Editor at Hearst Digital media and fellow at Buzzfeed, she also has a special understanding of the Internet and vast experience in human interest stories. You can learn more about Diana on her website (http://www.dianabruk.com) or Twitter @BrukDiana 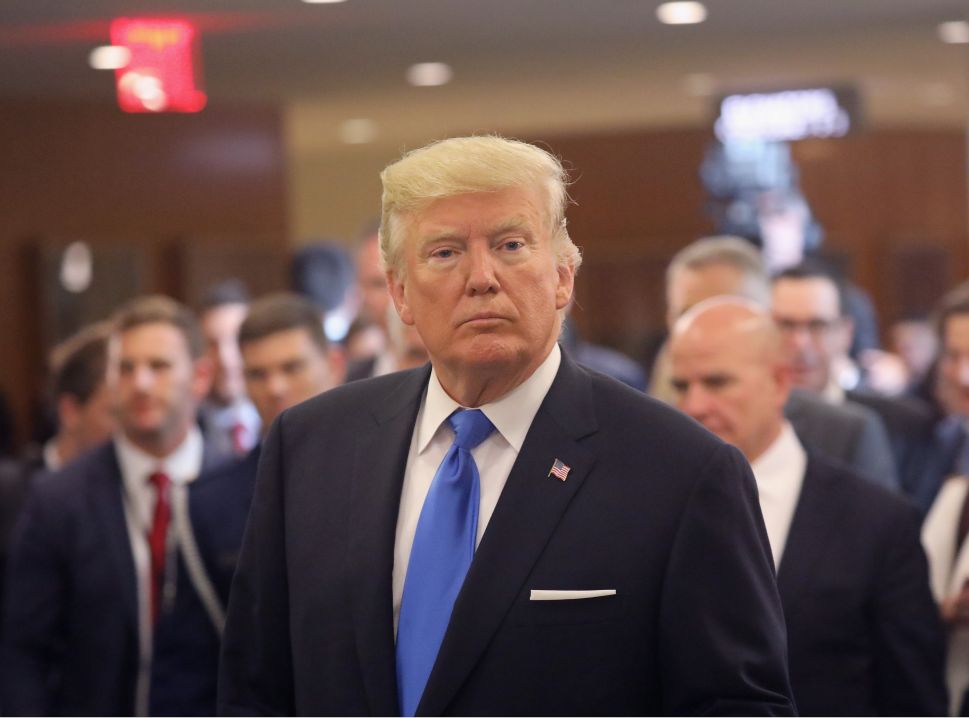