Phil Murphy, the Democratic nominee for governor, remained undecided on extending a 2 percent cap on yearly salary hikes negotiated in arbitration for police and firefighters, even after a report he said he was waiting for was released Thursday showing the law helped slow the rise of property taxes in New Jersey.

The so-called interest arbitration cap has become a top issue in the governor’s race because it’s set to expire at the end of the year. The law is seen as one of the biggest factors in minimizing property tax increases under Gov. Chris Christie. But Murphy, who is backed by public safety unions, has refused to weigh in on the issue. He has said he’s waiting for a task force report on the cap, which is due Dec. 31, the same day the law expires.

Murphy was put in an awkward situation Thursday when Christie’s appointees on the task force released a report much earlier than expected. The report said state lawmakers should permanently extend the 2 percent cap because it has reduced the size of public safety salary hikes and saved taxpayers billions of dollars.

The task force deadlocked 4-to-4 on releasing the report during a meeting Monday, with all four Christie appointees voting in favor of the report and the four Democratic appointees — selected by the Assembly speaker and Senate president — voting against. Assemblyman Declan O’Scanlon, a Christie appointee on the panel, went rogue and unveiled the report in a news release Thursday morning.

Murphy, however, declined to take a position after the report’s release. He said the study that came out Thursday was not the one he was looking for since it was only approved by the Christie members of the panel. He dismissed the report as a political stunt with weeks to go before Election Day and said he’d still wait for a study “that everybody signs.”

“I view this as a political season move,” Murphy said at an unrelated news conference in Jersey City. “This is politics. Let’s get back in this state to making decisions based on all the facts, not just some of them.”

O’Scanlon (R-Monmouth) said he took it upon himself to release the report because union-supported representatives were stalling on releasing it. “I find it unfortunate that while this report, and the voluminous supporting data, is completely consistent with, and draws the same conclusion as, every previous task force report some members are still inclined to keep this information from the public,” O’Scanlon said in a statement.

Patrick Colligan, president of the New Jersey State Policemen’s Benevolent Association, said the report was one-sided and claimed “there’s a lot missing.” He said it didn’t analyze the savings from larger worker contributions toward health care and noted that it recommended eliminating the “dynamic status quo,” which permits salary step increments after a contract expires. The state Supreme Court has ruled that the Public Employee Relations Commission overstepped its authority when it abandoned the status quo requirement.

“One of the things that they included in there was the status quo doctrine, which was resoundingly sent back to PERC from the Supreme Court. They disagreed with PERCs arbitrary ruling, and they’re in that report recommending it. When I read that I knew the report was a sham,” Colligan said.

The report released Thursday is largely a compilation of data showing that the interest arbitration cap has helped stall the rise of property taxes.

Democrats, including Assembly Speaker Vincent Prieto, implied the report didn’t include all the data or input from the other panel members. But they did not offer specific examples of what went missing.

“I imagine rules would govern that you need a majority to release a report anyway, that all data should have been included, but I don’t know any particulars,” said Prieto (D-Hudson). “This is supposed to have been a task force that included everybody.”

The interest arbitration cap limits the salary increases that police and firefighters can receive in binding arbitration to 2 percent if they can’t reach a contract deal with their government employer. Before the cap was instituted by Christie, public safety workers could win larger pay hikes in arbitration, local officials said last week during a news conference outside the state house.

Since the arbitration cap took effect in 2011, the average annual salary increase awarded in arbitration is 1.85 percent, according to the report. Those awards were as high as nearly 6 percent in 1993 but steadily fell to nearly 3 percent in 2010, according to data from the Public Employment Relations Commission. The number of contract disputes in arbitration plunged from 187 in 2011 to 85 in 2012, the report said. There were just six open cases in 2017.

Lt. Gov. Kim Guadagno, the Republican nominee for governor, has made cutting property taxes the core of her campaign and has called for the arbitration cap to be renewed before Election Day. She pounced on the report Thursday and attacked Murphy for still not taking a position on law.

“By ducking this issue and not supporting the cap, Phil Murphy is once again taking the side of the Trenton special interests over the hardworking taxpayers of New Jersey who already pay the highest property taxes in the nation,” Guadagno said in a statement.

Christie has said he would sign a bill extending the arbitration cap before his term ends in January. But he claims Prieto and Senate President Steve Sweeney (D-Gloucester) are holding off on posting a bill until they hear from Murphy, who is supported by police and firefighter unions that aren’t huge fans of the law. In a statement Thursday, Christie said the study’s findings “prove the arbitration cap works” and called on lawmakers to vote on renewing it before the end of the year.

“It wasn’t easy bringing everyone together to establish this cap in 2010 and to extend it in 2014 in the face of staunch opposition,” Christie said. “But both parties came together twice because it was the right thing to do for property taxpayers. Before this cap sunsets at the end of this year, New Jersey’s leaders in control of the Legislature must make this a permanent reform.”

But chances of the cap getting renewed anytime soon seem slim. Prieto dismissed the report as a “random partisan press release” and said he’d still wait for a report from the full task force before deciding whether to call a vote on extending the cap. 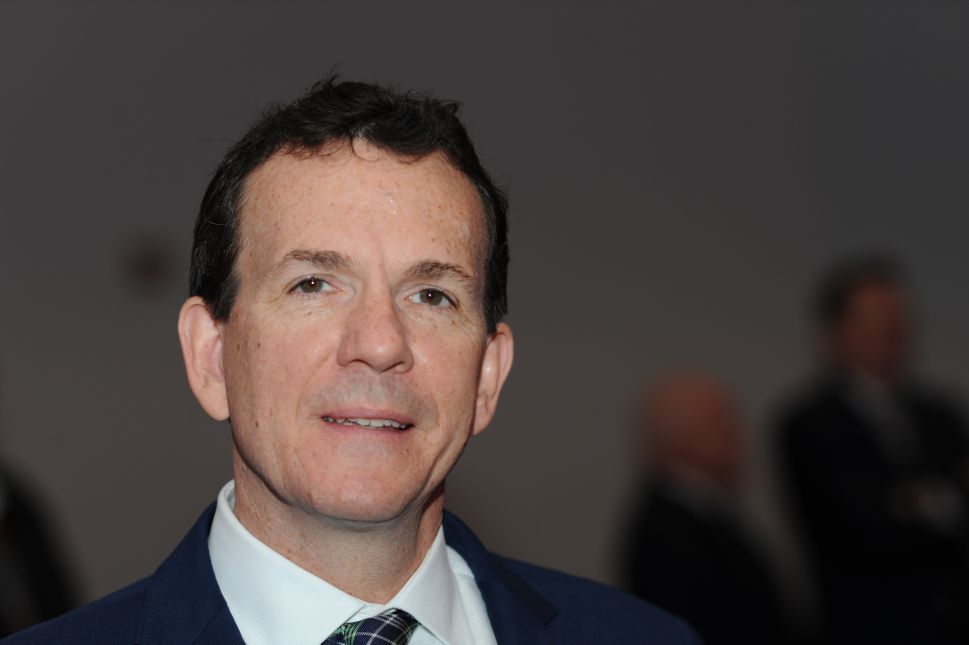