ATLANTIC CITY — Riding high on polls that show him running away with the New Jersey governor’s race, Phil Murphy warned Democrats Friday morning to not get complacent with 53 days to go until Election Day.

Murphy is leading Kim Guadagno, the Republican gubernatorial nominee, by 25 points, according to a Quinnipiac University poll released Wednesday. But Murphy said the race is closer than polls suggest when he addressed the New Jersey Democratic State Committee Conference at Borgata Hotel Casino & Spa. He said Democrats can’t afford to take their foot off the gas.

“If we mail this one in, we’ll get the consequences we deserve,” Murphy said. “These polls that have us way up, those are the last things we want to see. This thing is a lot tighter than folks out there think it is. We’re going to have to scrap every single vote between now and Nov. 7.”

That point was stressed by several speakers at the labor-themed breakfast gathering. Rep. Donald Norcross (D-1) referenced last year’s presidential election in which Democrat Hillary Clinton lost to Republican President Trump, despite polls showing her with leads in key swing states. But those single-digit leads were much smaller than the whopping 20-point margins in the governor’s race reported by Quinnipiac and other polls this summer.

“I know a lot of people say this thing is in the bag. How many people said that back in the last election? There is nothing in the bag,” Norcross said.

State Committee Chairman John Currie took time in his speech to say Democrats must not get “cocky” and “complacent.”

“Elections are won by votes, ladies and gentlemen. Not by pundits and not by pollsters,” Currie said. “So if we think Ambassador Phil Murphy is already our governor, that needs to change.”

The Quinnipiac poll of likely voters showed Murphy had 58 percent support among likely voters, compared with 33 percent for Guadagno. He led Guadagno among independents and in nearly every demographic except among Republicans and white voters with no college degree. And New Jersey likely voters viewed Murphy favorably by a 37 percent to 18 percent margin, according to the poll. Guadagno got a net negative view, with 33 percent seeing her unfavorably and 25 percent favorably.

But many voters are still not paying attention. Roughly 40 percent said they weren’t familiar with either candidate.

“I look at a poll like that and I say, with all due respect, we’re not counting any chickens here. We’re turning over every stone,” Murphy said after his speech. “I’m taking nothing for granted.” 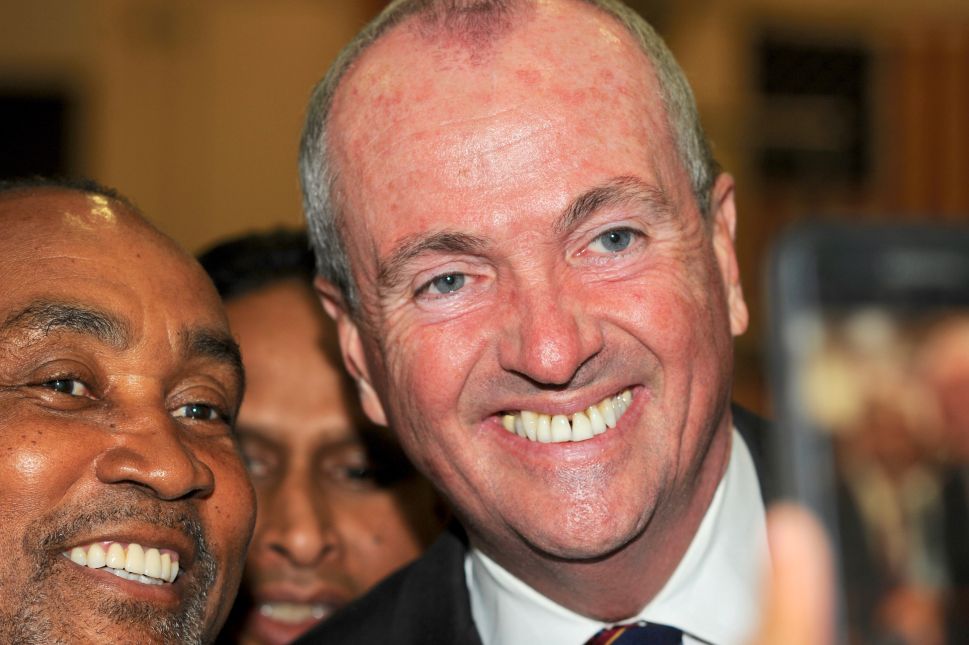