Was Hurricane Harvey a climate change-induced disaster, or a demonstration of the capitalist economy’s resiliency in the face of a wrathful Mother Nature?

Bret Stephens, the conservative New York Times columnist, recently argued that our breathless angst about climate change obscures the broader triumph of market-driven economic growth. It’s our accumulated wealth, he says, that has dramatically reduced the casualties from natural disasters over the last century.

He constructs a straw-man argument, suggesting that liberals, environmentalists and climate activists are anti-growth. “Climate activists often claim that unchecked economic growth and the things that go with are principal causes of environmental destruction,” he instructs. What Stephens does not do is examine what ‘unchecked growth’ means. Few would disagree that pell-mell capitalism, with no guardrails to protect against pollution (say, the creation of the Environmental Protection Agency and passage of the Clean Air Act) or against disaster (Hurricane Sandy, Fukushima), is a good thing.

Stephens, rather, chooses to interpret environmentalists’ objective to be the curtailment of growth altogether. While there may be an anti-capitalist, eco-warrior fringe that believes this, let’s not kid ourselves: most of the American public, including environmentalists, wishes for robust economic growth along with safe and healthy communities and ecosystems. Stephens, however, suggests that these goals are in are conflict. He advises to stop worrying and double down on the economy: “The best lesson the world can take from Texas is to follow the path of its extraordinary economic growth on the way to environmental resilience,” he concludes. This laissez-faire view of the market economy curing all ills may be widely shared across conservative America, but does not reflect our current reality, much less our future.

Let’s examine Stephens’ statement that Hurricane Harvey is but a “speed bump” for Houston’s $503 billion regional economy. While Houston’s economy as a whole may recover nicely, that economy is made up of many individuals whose life, health, livelihoods and homes have been irrevocably damaged or destroyed. And what of the million pounds of devastating noxious chemicals emitted into the air, or the catastrophic inundation and dispersal of pollutants from dozens of Superfund toxic waste sites around Houston? Is Harvey a “speed bump” for those with sewage or carcinogens in their living rooms, whose children may be developmentally impaired or at risk of cancer from exposure to toxins? Such avoidable environmental crises are not the inevitable cost of a humming economy, but of laxity in environmental oversight.

Then there is the question of whether our economic growth is sustainable. The story of the 20th century in the Western world—and of the last 25 years for the rest of the globe—is of wealth creation through resource extraction, burning of fossil fuels, urban sprawl displacing of forests, wetlands, and farmland, and reliance on a benign and stable climate. So far, so good—right? We don’t know, but history tells us these growth patterns can lead societies into big trouble. To suggest that we have certainty that our current consumption-focused approach is adequate to address future environmental and economic challenges is the height of hubris.

On that note, it’s instructive to look at countries like China and India—much denser by population—that are choking on their own air and their own pollution of soil and water, while smaller, poorer societies have nowhere to go when their runs out, as in Yemen and the Horn of Africa. ‘Growth at all costs’ is a doctrine that ill-served most countries in the past, and applies even less today both to populations gaining in wealth (swaths of South and East Asia, Latin America), and to those sinking deeper into poverty exacerbated by environmental crisis (much of Sub-Saharan Africa and the Middle East).

There are other reasons to not take solace in economic growth alone: Houston illustrates our collective habit of building infrastructure in places that have greater natural hazards than is initially clear. After all, if your family hasn’t experienced that Category 5 hurricane or 8-point earthquake, why spend the money to safeguard against it? And yet, the disasters come; only the efforts of scientists, civil engineers, and prudent citizens and elected officials will help us, not dollars alone.

Stephens claims that the fear-dominated news coverage is much ado about fewer disasters, citing the fact that there have been fewer Category 4 and 5 storms making landfall in the U.S. since 1970 than from 1922 to 1969. These figures are hardly a reason to tut-tut those afraid of Hurricane Harvey—and Irma. Instead, it’s a reason to fear reversion to the mean: probability theory instructs that the big storms that passed us by in recent decades are likely coming. We can’t keep rolling double-sixes forever without rolling snake eyes. In other words, our luck may be running out.

And I haven’t even mentioned climate change yet, which virtually all scientific experts tell us will make these natural hazards more threatening to many aspects of society.

Stephens, while acknowledging that damages arising from natural disasters have been growing steadily, points out that they comprise a steady share of global GDP at 0.3% per annum. This claim ignores the rising risks and future impacts of climate change that are not reflected in historical data. He also neglects to mention that the data represent insurance claims in wealthy countries, whereas many climate damages are in uninsured poor nations. And even if this damage-to-GDP ratio doesn’t worsen, should we demurely accept such massive losses as the lot of humanity? Did we take this approach with smallpox, malaria, maternal death in childbirth, and many other scourges of human society? Shouldn’t we improve?

And improve we can. We have many of the tools we need to manage disaster risk and address environmental threats, and are capable of developing many more with the proper resolve and investment. Stephens credits public health and safety to wealth, which “underwrites safety standards, funds scientific research, builds spillways and wastewater plants, creates ‘green jobs’ … and so on.” Stephens approvingly cites Roger Pielke Jr., who writes, “Increased property losses [resulting from wealthier societies], it turns out, are a price worth paying.” But wealth doesn’t automatically solve these problems; people and their governments do, through their values and choices. Let’s not wait to do better until we and our neighbors are richer: Let’s put our resources towards these challenges now.

None of this is to suggest that we should stop growing the global economy. But let’s stop pretending that all economic growth is created equal, and that growth magically sweeps away the risks and costs of overdevelopment, pollution, resource depletion, inadequate disaster planning, and climate change. Because we know it doesn’t. 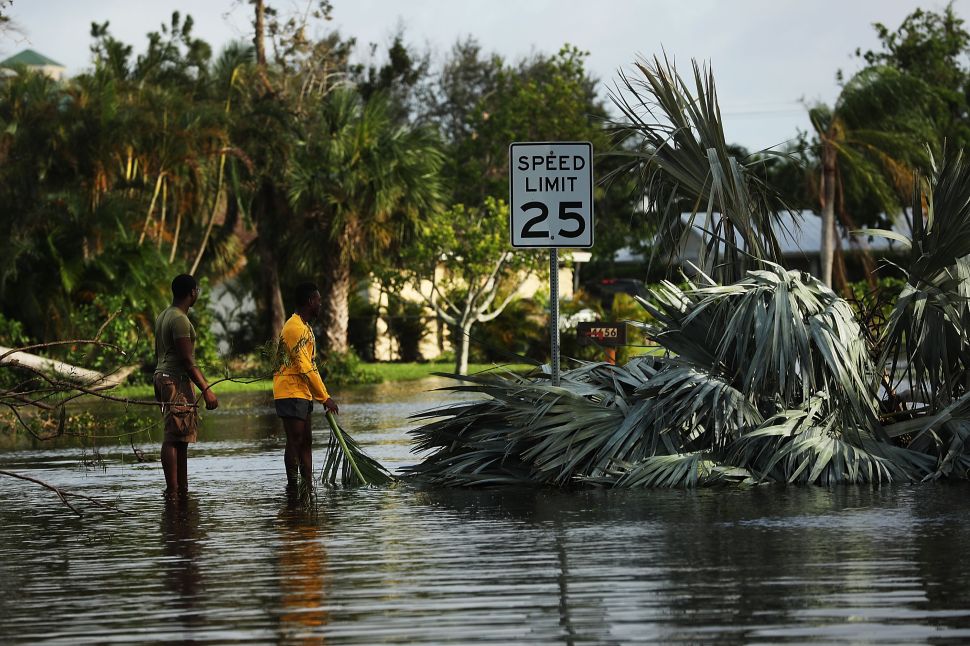