Hillary Clinton did not become the first female president of the United States, at least not yet. But women who are politicians, journalists and political commentators might be—just maybe—increasing their presence and clout on television newscasts early in the reign of sexist president Donald Trump.

For example, try State of the Union on CNN Sunday morning with Dana Bash substituting for the regular host, Jake Tapper. Her first two guests were Nikki Haley, a Republican who is Trump’s ambassador to the United Nations, and Diane Feinstein, a Democrat who is the senior senator from California.

They were followed by Bash’s four-person pundit panel that included the conservative Republican Ana Navarro and the liberal Jennifer Granholm, the former Democratic governor of Michigan. All four had significant things to say.

Haley, the former governor of South Carolina, comes on strong as a television presence, with a direct gaze to the camera and blunt words when she chooses to use them. With Trump addressing the U.N. this week and North Korea developing nuclear bombs and long-range missiles, Haley talked like a hawk.

“We have economically strangled North Korea at this point,” she said of economic sanctions. “North Korea has been pretty much cut off from the world.”

Asked by Bash about Trump’s recent threat of “fire and fury” against the Hermit Kingdom, Haley replied, “It was not an empty threat.” She said if disputes can’t be solved diplomatically, they could be handled by James (Mad Dog) Mattis, the secretary of Defense.

As for what a war might mean, Haley said, “North Korea will be destroyed. We all know that. And none of us want that. None of us want war… We are dealing with someone who is reckless, irresponsible.” She didn’t mention North Korean ruler Kim Jong-un by name, but it must be assumed she wasn’t discussing America’s amateur president.

When Dash cited contradictions between what Trump has said and what Haley has said, Haley danced around the question, as she did when Bash asked if Trump’s half-baked Twitter statements make Haley’s job more difficult. Last week, the 71-year-old, orange-faced, yellow-haired chief executive belched out criticism of England after a terrorist attack.

“He has to do everything he can to keep Americans safe,” Haley said. “…He was showing strength.” Pressed with “Do you wish the president was more careful?” Haley called Trump “emotional and passionate… there was no ill intent.”

Asked if she might want to replace secretary of State Rex (T-Rex) Tillerson, Haley smiled and said, “He’s not going anywhere so I’m not going to think about it.”

Feinstein, the ranking Democrat on the Senate Judiciary Committee, is one of two California female senators. She was asked by Bash about ads bought on Facebook during last year’s presidential campaign by Russian companies favoring Trump and their possible connections to Trump’s son-in-law, a top White House adviser.

BASH: “Do you have any indication as to whether Jared Kushner’s data operations during the Trump campaign had any role in selecting Facebook targets for the Russians?”

FEINSTEIN: “No. Not at this time.”

But Feinstein added that the Democrats on the committee just hired two more lawyers to look at possibilities of obstruction of justice “and the Trump connection—if there is one—and if it rises to the level of collusion… You have to wait until the evidence comes in. “

Feinstein also said she expected Donald Trump, Jr. to testify in an open hearing under oath this fall. She also said the investigation by just her committee could take up to “a year, a year and a half.”

The panel portion of the show included discussion about the DACA Dreamers and their goal of American citizenship. It helped that both Navarro and Granholm are immigrants—Navarro is from Nicaragua and Granholm is from Canada.

Referring to Republican Iowa Congressman Steve King “having a meltdown” over Trump’s retreat on banishing Dreamers, Navarro called it “such a source of pleasure. Poor little thing. He (King) almost sounds like one of those proverbial snowflakes.”

Granholm said she was amazed that Trump had encouraging words for the Dreamers and that she was hopeful. But she expressed worry about Republican warnings against “amnesty.”

Granholm was opposed by former Senator Rick Santorum, a right-wing Pennsylvania Republican, who used the “we’re a nation of laws” argument to deport people brought here from Mexico as children.

“Make that law, Rick, that allows them to stay,” Granholm said.

HAND ME THE REMOTE…

Documentarians Ken Burns and Lynn Novick appeared with John Dickerson on Face the Nation on CBS to promote their new series about the Vietnam war, which began Sunday night on PBS. They showed a collection of color film clips of American soldiers lighting and smoking cigarettes.

They seemed like standard, stock shots of the era, almost clichés. And then they showed a bit of an interview with LeVan Cho, a soldier in the North Vietnamese army that sought to kill the Americans.

“The Americans had a weakness,” he said, in words translated as English subtitles. “They smoked cigarettes and left a trail we could easily track.”

Burns offered some advice for journalists or conversationalists anywhere. The key to good story-telling, someone once advised him, is “and then, and then, and then.” When interviewing people, Burns said, don’t just rush through a list of prepared questions.

Instead, he said, read the face of the person speaking and listen for changes in the voice that might indicate areas for follow-up questions to probe deeper beneath surface comments, as Burns and his crew did with these ex-warriors from both sides.

“That question number seven may in fact have a B, C, D, E, F, G thing,” Burns said. “And, suddenly you’re down a wormhole that we—more importantly, they— weren’t completely sure they were going to go to.”

“Our data shows, this is not a group looking for compromise or moderation,” Todd said.

Joe Lapointe spent 20 years as a sports reporter for The New York Times and worked as a segment producer for Countdown With Keith Olbermann. Recently, he has taught journalism at New York University, Rutgers and Long Island University-Brooklyn. Follow him on Twitter @joelapointe 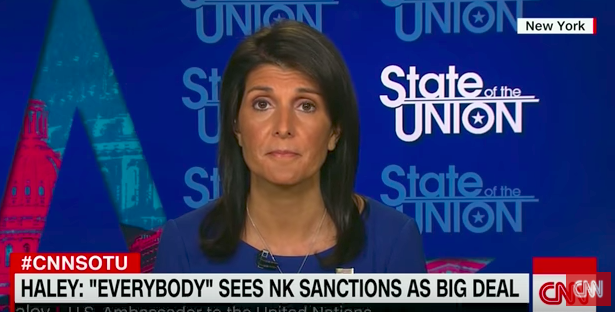