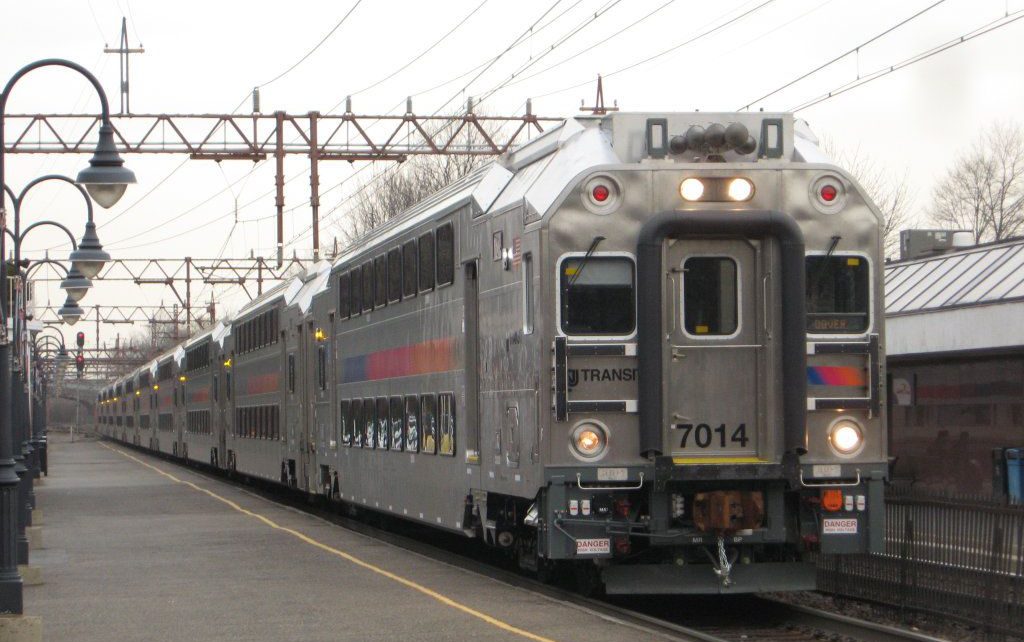 New Jersey Transit has sued an ex-employee who gave explosive testimony last month and claimed he was fired after raising safety and staffing issues at the embattled agency.

The lawsuit, first reported by the Associated Press, alleges that ex-compliance officer Todd Barretta “set out on a campaign to malign” NJ Transit after he was fired for poor performance and misusing a company car. The transportation agency says Barretta gave false testimony last month to a joint legislative committee when he described the agency as a “runaway train” plagued by incompetence and corruption.

A state appeals court ruled against Essex County Executive Joe DiVincenzo and cleared the way for campaign finance charges agains him to proceed. The decision is a win for the Election Law Enforcement Commission, which alleges that DiVincenzo misused thousands of dollars in campaign funds on personal expenses.

And Steve Bannon, the former White House chief strategist, is giving the latest explanation on why Gov. Chris Christie didn’t get a job in President Trump’s administration. Bannon told CBS that the New Jersey governor’s response to a leaked video of Trump make lewd comments about women cost him a cabinet job.

Quote of the Day: “Christie, because of Billy Bush weekend, was not looked at for a cabinet position.” — Steve Bannon in an interview on 60 Minutes.

Challenge Filed Over Romano’s Decision to Run for Two Offices
A lawyer is seeking to disqualify the nominating petitions filed by Freeholder Anthony Romano for the Hoboken mayoral race on the grounds that Romano is also pursuing re-election to his county office this November and is slated to appear twice on the ballot in Hoboken.
Alyana Alfaro, Observer Read more

Appeals Court Rules Against DiVincenzo in Campaign Finance Case
A state appeals court has ruled against Joe DiVincenzo, the Essex County executive who for years has been fighting a 13-count complaint alleging that he misused thousands of dollars in campaign funds on personal expense
Salvador Rizzo, Observer Read more

Challenge Filed Over Romano’s Decision to Run for Two Offices
A lawyer is seeking to disqualify the nominating petitions filed by Freeholder Anthony Romano for the Hoboken mayoral race on the grounds that Romano is also pursuing re-election to his county office this November and is slated to appear twice on the ballot in Hoboken.
Alyana Alfaro, Observer Read more

NJ Transit to Spend Close to $200 Million on Storage Site Critics Find Wanting
With Hurricane Harvey barely in the rearview mirror and Hurricane Irma hurtling toward Florida, NJ Transit voted Thursday to spend $185 million on a Middlesex County property in which to safely park its trains in the event of catastrophic storms threatening the region.
NJSpotlight Read more

A Month Has Passed Since Trump Declared an Opioid Emergency. What Next?
While the president’s opioid commission, led by Gov. Chris Christie of New Jersey, has urged him to move swiftly, Mr. Trump and his cabinet — primarily his health secretary, Tom Price — are trying to determine how best to move forward amid warnings from deficit hawks within the administration about the potential costs.
New York Times Read more

The 7 Democrats who could take over Menendez’s Senate seat
U.S. Sen. Robert Menendez’s political career hangs in the balance as he is on trial facing charges that he intervened with federal regulators on behalf of a friend and campaign donor, Dr. Salomon Melgen, in exchange for trips and political contributions.
NJ.com Read more

Booker wins support for his push to remove Confederate statues from Capitol
U.S. Sen. Cory Booker picked up support in both houses of Congress as he introduced legislation to remove statues of Confederate leaders from the U.S. Capitol.
NJ.com Read more

Can you train to be a politician? Ray Lesniak may soon teach you how.
After almost 40 years in the state Legislature, state Sen. Raymond Lesniak, D-Union, has learned a thing or two about getting laws on the books. And while he’s retiring in January, he’s not about to let it all go to waste.
NJ.com Read more

NJ has 31,000 immigration cases pending in courts — Most don’t end in deportation
There have been a lot of rumors swirling in recent weeks about a major illegal-immigration sweep that was planned for later this month.
NJ101.5 Read more

Port Authority screws 9/11 heroes out of vacation days
Ten Port Authority workers who heroically carried their paralyzed coworker down 69 flights of stairs on 9/11 — and who received bonus vacation days for their heroism — have had their rewards yanked by the stingy agency.
NY Post Read more

Editorial: N.J. Assemblyman seeks safe space for Confederate flag fetish
Space will be the judge of what is racist. He is, after all, a man with a Confederate flag tattoo on his own arm.
NJ.com Read more