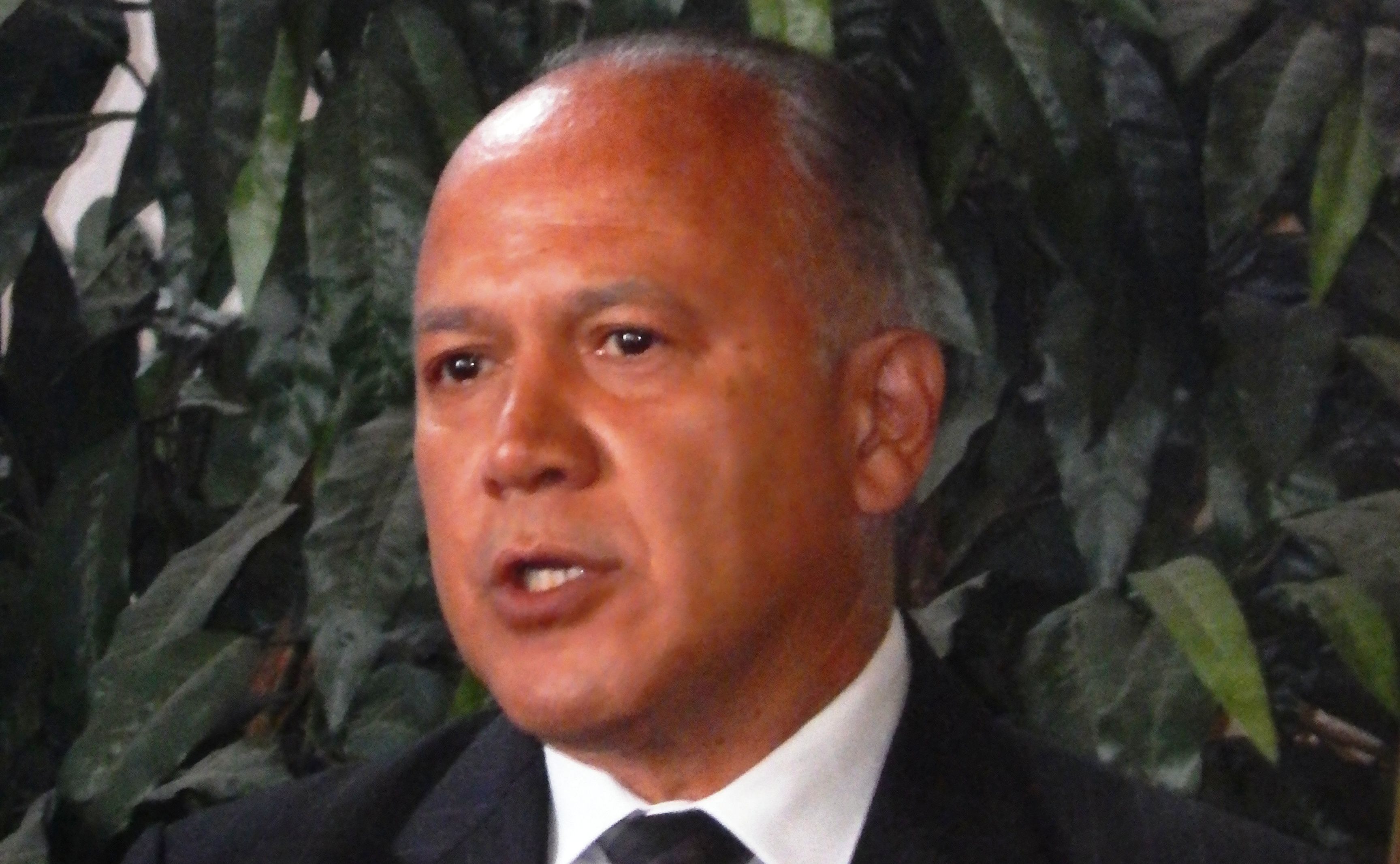 Paterson Mayor Joey Torres pleaded guilty to corruption charges on Friday and could get prison time for his role in a scheme to have city employees do construction work on a relative’s warehouse.

Torres, who for months said he was innocent, faces up to fives years in prison, according to reports. He and his co-defendants must also repay Paterson $10,000 as restitution for overtime the city workers received. Torres will be replaced as mayor by City Council President Ruby Cotton until the May 2018 election.

Federal investigators are looking into whether Woodcliff Lake — where Republican lieutenant governor candidate Carlos Rendo is mayor — violated a religious land use law, according to Politico. The probe stems from a Jewish organization’s claims that it was repeatedly blocked from buying a property for a new worship center. On Friday, Republican gubernatorial nominee Kim Guadagno said she has “complete confidence” in her running mate and called the probe a “routine investigation.”

And Sen. Bob Menendez said he would skip his corruption trial if necessary this week to vote against a Senate bill to repeal and replace the Affordable Care Act. But the health bill might not come up for a vote. Several key GOP senators have come out against the legislation, putting the bill’s passage in doubt.

Quote of the Day: “No matter what personal sacrifice I will face, when Republicans bring the bill to the Senate floor I will be there to vote against it and resist.” — Sen. Bob Menendez announcing he would skip his trial to vote against repealing the ACA.

Menendez Will Leave Trial to Vote Against Graham-Cassidy if Necessary
U.S. Sen. Bob Menendez on Friday promised to be present for next week’s Senate vote on the Graham-Cassidy health care bill, the most recent Republican effort to repeal the Affordable Care Act, even if it means stepping away from his ongoing federal corruption trial.
Alyana Alfaro, Observer Read more

Guadagno Stands By Rendo Despite Federal Investigation in Woodcliff Lake
Republican gubernatorial candidate Kim Guadagno on Friday said that she has “complete confidence” in her running mate Carlos Rendo despite allegations of religious discrimination in Woodcliff Lake, the Bergen County community where he is mayor.
Alyana Alfaro, Observer Read more

Murphy, Guadagno Murky on Details in Key Agenda Items
New Jersey’s two top candidates to succeed Republican Chris Christie as governor are weeks away from Election Day but have been fuzzy on a couple of their own key policy ideas.
Associated Press Read more

Phil Murphy takes his town hall to Montclair
At the top of and toward the end of his town hall meeting in Montclair on Saturday, Phil Murphy summed up his biggest priority on the first day of his term as governor if he wins in November – the state’s economy.
The Record Read more

They’re called ‘boat checks’ — Christie’s last bid to reduce mega payouts to public retirees
Christie’s Department of Community Affairs has proposed a rule that could take effect by year’s end that would nibble away at the size of the checks by saying that, going forward, unused time will be paid out at the rate an employee was being paid when he or she banked it, rather than at the person’s end-of-year salary.
NJ 101.5 Read more

Investigation: NJ Transit facing staffing crisis that could mean more delays
Chronic underfunding. A deadly crash. Failed federal safety tests. Now, NJ Transit, the beleaguered transportation agency that nearly half a million commuters rely upon each day, is facing a staffing crisis so severe that it may take two years to replace train engineers who have left the agency. That could mean more canceled trains and more delays for commuters.
The Record Read more

NJ Not on Target to Reach Greenhouse Goal by 2050
The state is going to require much steeper reductions in greenhouse-gas emissions to reach a goal to lower carbon pollution to 1990 levels by 2050, according to a new report by researchers at the Rutgers Climate Institute.
NJSpotlight Read more

Moran: Classroom teachers: Your union leaders are gouging you
If you find a flat rock on a muddy riverbank, and flip it over, the slimy little critters that live underneath scurry away to hide in the muck, as if caught red-handed.
NJ.com Read more

Mulshine: Murphy’s spending would require Jon Corzine’s tolls
The former Democratic governor didn’t do the wannabe Democratic governor any favors last week when he introduced that plan for a massive money-grab at the expense of the driving public.
NJ.com Read more

Editorial: Christie pegs his legacy on the drug fight, but deserves a B-minus at best
The opioid epidemic has hit New Jersey with the force of a hurricane, and Gov. Chris Christie has thrown himself at the problem with the energy and determination that the crisis demands, most recently by proposing a $200 million program that includes a menu of sensible proposals.
Star-Ledger Read more