Assemblywoman Maria Rodriguez-Gregg called cops “f—ing a—holes” and reminded them she was a state lawmaker as she was arrested in April on DWI charges, a newly released video shows.

The Trentonian got a copy of police bodycam footage of the incident, and it shows an irate Rodriguez-Gregg (R-Burlington) cursing out police who search her car for marijuana. She had been rear-ended by another driver and police didn’t find any pot. She was charged with DWI, obstruction and reckless driving. After refusing to take a field sobriety test, a blood test showed she had alcohol in her system, according to the report.

Rodriguez-Gregg, the first Hispanic Republican woman elected to the state Legislature, dropped out of the race for her re-election in August. She didn’t mention the arrest when making the announcement. But one can imagine the attack ads Democrats could have made from this tape:

Polls show Phil Murphy running away with the New Jersey governor’s race, but Murphy and other speakers warned Democrats on Friday to not get cocky about the massive lead during their annual state committee conference in Atlantic City. Kim Guadagno, meanwhile, launched two TV campaign ads that attack Murphy and repeat her pledge to cut property taxes.

Quote of the Day: “You’re dealing with a sitting assemblywoman. Everyone’s going to hear about this sh–.” — Assemlywoman Maria Rodriguez-Gregg to police who arrested her.

Wedding Announcements: Two New Jersey political weddings got write-ups in the Sunday edition of The New York Times. Assemblyman Raj Mukherji got married over the weekend, as did Marshall Spevak — chief of staff to Assemblyman Vince Mazzeo — who tied the knot with Andrea Katz, associate general counsel for Assembly Democrats.

Coughlin to Raise Funds for Democrats in Battleground Districts
Assemblyman Craig Coughlin, the front-runner in the race to be the next Assembly speaker, is holding a fundraiser on Monday expected to raise $250,000 for Democratic candidates in battleground legislative districts.
Christian Hetrick, Observer Read more

Murphy Warns Democrats: Don’t Get Complacent
Riding high on polls that show him running away with the New Jersey governor’s race, Phil Murphy warned Democrats Friday morning to not get complacent with 53 days to go until Election Day.
Christian Hetrick, Observer Read more

Stile: Guilt by association is strategy of choice in N.J. governor’s race
From the moment Lt. Gov. Kim Guadagno won the Republican nomination for governor, the Democratic Party revved up its guilt-by-association attack narrative.
The Record Read more

Why Doesn’t Guadagno’s Message of Tax Relief Resonate with Voters?
Republican gubernatorial candidate Kim Guadagno was back on the campaign trail yesterday, standing alongside several GOP lawmakers and local elected officials in Bergen County as she forcefully delivered a message of tax relief that has become a hallmark of her campaign.
NJSpotlight Read more

Guadagno’s ‘failed leadership’ under Christie? Well, this is awkward
Gov. Chris Christie tasked his second in command, Lt. Gov. Kim Guadagno, with a primary goal when he tapped her as his running mate in 2009. Business development. So what does a man who worked with Christie and who’s been referred to as the state’s “economic czar” think of her job performance?
NJ.com Read more

Trump wants to sell gas stockpiled after Sandy. This N.J. lawmaker acts to block him.
More than a dozen House Democrats are seeking to block President Donald Trump’s efforts to sell off 1 million barrels of fuel stockpiled in the event of another major northeastern storm.
NJ.com Read more

Editorial: The Garden State is becoming the Pipeline State
It is, perhaps, past time to push the pause button on all these pipeline projects and consider the very real hazards they represent.
The Record Read more 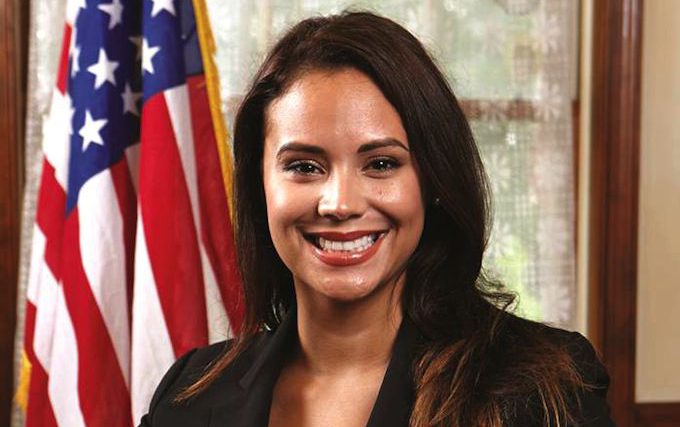