These days it almost feels like politics is the only story that holds anyone’s attention, so some of the biggest media brands are doubling down on the personalities that have defined Washington. Today at the Interactive Advertising Bureau’s podcast upfronts in New York City, a couple of new narrative political podcasts were previewed.

First off, one of the NPR’s most successful titles has been Embedded, a show that takes very deep dives into weighty topics. In its first season, it dug into stories that get overlooked, like the NBA’s system of farm teams and the unusually high suicide rate in Greenland.

To kick off its new season, it is running five episodes on the biggest story in the world: the creation of Donald Trump. The series will debut on October 5. There’s a trailer up now on the show’s site.

Host Kelly McEvers gave a preview of the series Thursday, focused in particular on The Apprentice and what it meant for expanding Trump’s cult following into a force that could have a decisive impact on a national election.

“This is a president who has no public voting record, no military record,” McEvers said in a press release. “But what he does have is a somewhat public record of doing business, and a very public record on television.”

During the preview, she shared some tape from Bill Pruitt, a producer on the show’s first two seasons. He talked about the ways that Trump’s empire showed signs of decay even as they shot a show about how successful he’s been. It was his job to edit that evidence out of the show. He described those little touch-ups as a “convenient vacation from the truth.”

Time, Inc. also showed off the reach of their many globally recognized magazine brands and their ventures in podcasting. In particular, it focused in on one of its own political offerings, but this one digging back into an ancient scandal from a nearly forgotten era.

People will release a show focused specifically on the night in 1969 when Sen. Ted Kennedy drove off a bridge, surviving an accident that resulted in the death of  Mary Jo Kopechne, called Chappaquiddick.

Liz McNeil, the east coast editor of People Magazine explained that she became interested in the Kennedy’s again after new tapes of John F. Kennedy’s widow were released to the public after 50 years.

“I think it made us realize that there’s a lot we didn’t know,” McNeil said.

While she had reported extensively on the Kennedy family, she hadn’t done much on the late Senator. When she started reporting the story, she found the Kopechne family felt there was much more to say.

“It turned out that they really felt like she’d been overlooked,” McNeil said.

In an era with so many scandals that the public can hardly follow one for more than a week or two, it might be interesting for political junkies to dive deep into a scandal that has held people’s curiosity for almost half a century. In fact, this could be the kind of show that enables podcasters to start reaching an older audience that’s largely resisted the new medium.

People’s show revisits an incident that most people think kept an extremely popular senator out of the White House, which is interesting to put alongside the first arc from Embedded, season two, about the rise of a man whose fame only seems to be fueled by scandal. 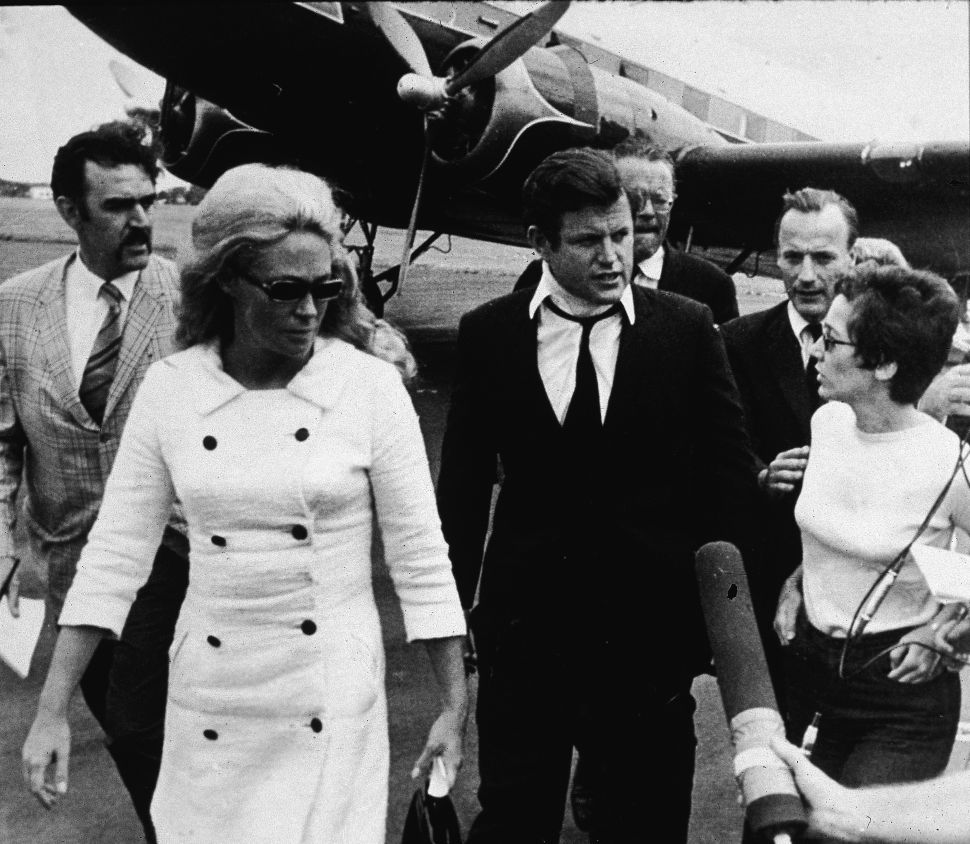