The gun lobby threatened to come for The New York Times, so now the Times is coming for the gun lobby. And this time, the Gray Lady brought backup.

It all started last month, when the National Rifle Association released a video in which spokesperson Dana Loesch called the Times a “pretentious…untrustworthy, dishonest rag.” She also said the video was a “shot across your proverbial bow.”

“We’re going to laser focus on your so-called honest pursuit of truth,” Loesch said. “In short, we’re coming for you.”

The Times didn’t respond to Loesch at the time, but today the nonprofit media trade group Digital Content Next sent a letter to Loesch. The Times is a member of DCN, which also counts USA Today, the Washington Post, the Associated Press, Hearst, Tronc, Viacom, ABC, NBC and the BBC among its 73 affiliates.

“In part, the purpose of journalism in the United States is to ‘afflict the powerful,'” the letter reads. “Quite frankly, if the NRA didn’t feel some pressure from news organizations like The New York Times, our free press wouldn’t be doing its job.”

DCN also makes a historical case for press freedom, noting that President James Madison defended both the First and Second Amendments. Indeed, one of Madison’s most famous quotes combined the two: “A people who mean to be their own governors must arm themselves with the power which knowledge gives.”

“The Constitution and its amendments are not ripe for cherry picking,” DCN adds. “When you use such incendiary language as ‘we’re coming for you,’ it is our right to suggest in the strongest terms that your behavior is blatantly irresponsible…It is un-American to threaten journalists.”

Near the end of the letter, DCN includes a plug for its upcoming event “Press Freedom: Lessons Learned From Around the World,” which will be held September 13 at the Newseum in Washington, D.C. The interactive panel discussion will feature firsthand accounts from journalists who have faced persecution and intimidation around the globe.

DCN’s missive concludes with its own shot across the bow to Loesch.

“We encourage you to focus on defending the Second Amendment,” the letter reads. “We’ll take care of protecting the First.”

The letter was signed by Chris Pedigo, DCN’s senior vice president of government affairs. He did not respond to an Observer request for comment. 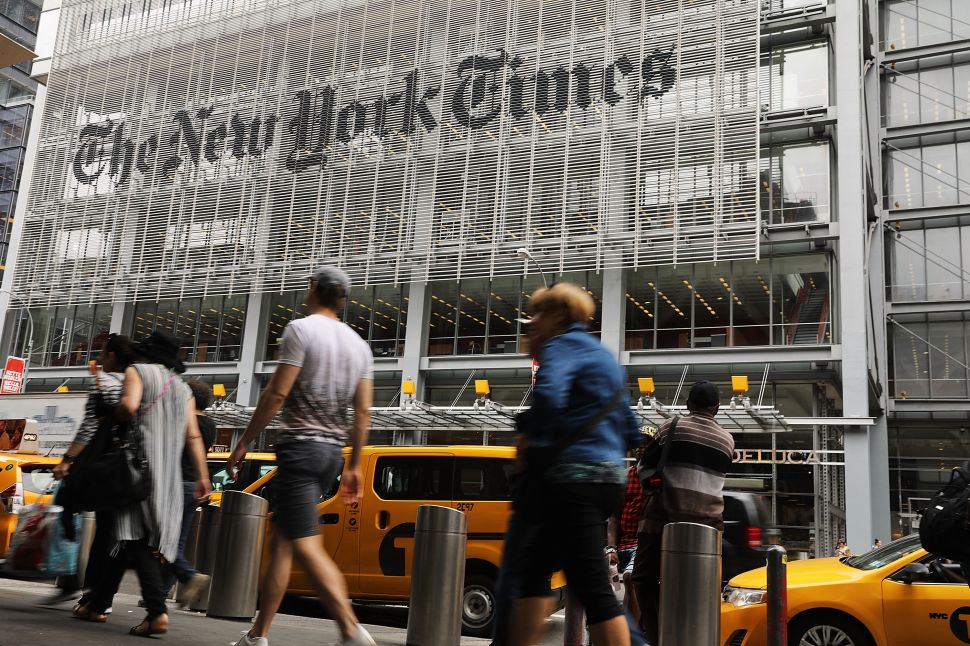