“We can confirm that it is in the works but there are no details as of now,” Bryan told Observer. News of a fall event was first reported by the Hill but, according to Bryan, the event has not been confirmed and no date and location information has been released.

Murphy, the former Goldman Sachs executive who is dominating polls over Republican candidate Kim Guadagno, is the former fundraising chairman of the Democratic National Committee. In 2009, Obama appointed Murphy as the Ambassador to Germany.

“With President Obama now charging big money to give speeches to Wall Street firms, it makes sense that he would now campaign for a Goldman Sachs Millionaire like Phil Murphy who raised millions for the same DNC that rigged the presidential election against Bernie Sanders,” Diaz said. ” As a working mom, Kim Guadagno knows New Jerseyans want their next governor to fight for the people on Main Street – not Wall Street – by making our state more affordable.”

New Jersey is one of two states in the nation with gubernatorial elections this year. While Obama has kept a fairly low profile since exiting the presidency in January, the Hill reported he will also host an event this fall for Ralph Northam, the Democrat running for governor of Virginia.

The New Jersey gubernatorial election will be on November 7. The next governor will succeed term-limited Gov. Chris Christie. 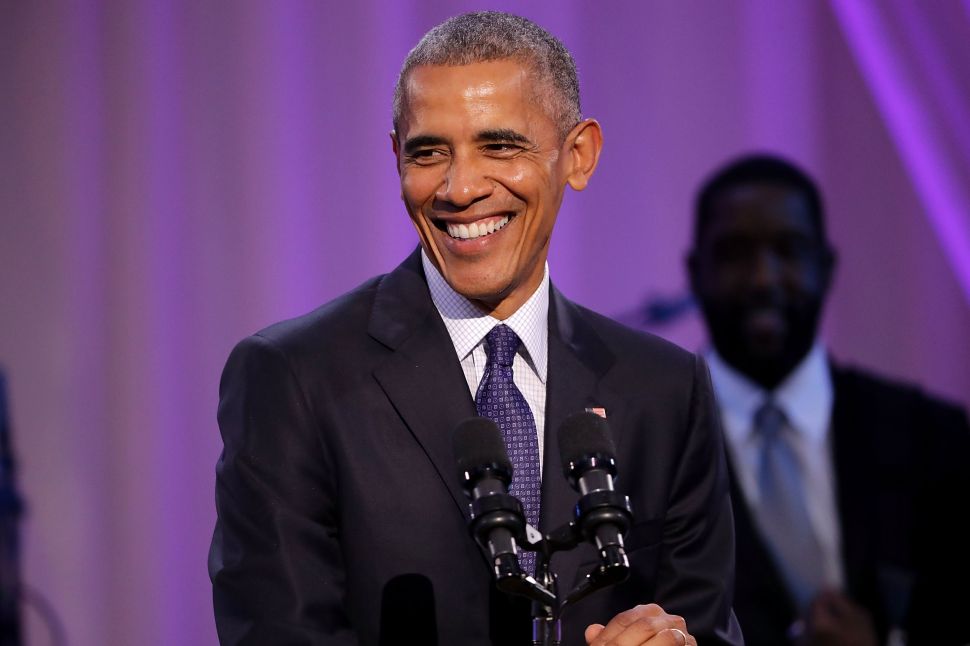