A single Tweet is not the same as an official presidential announcement, but it does plant the seed of an idea. Is that perhaps what Oprah Winfrey wanted when she promoted a column from the New York Post‘s John Podhoretz that suggested she is the best opponent for Donald Trump in the 2020 election on Thursday night?

@jpodhoretz Thanks for your VOTE of confidence!Democrats’ best hope for 2020: Oprah | New York Post https://t.co/tvt82v8cMH

Podhoretz’s column heaped praise on Winfrey for her 60 Minutes segment last week with Michigan voters. It’s possible, even likely, that the popular television host just wanted to say a quick thank you. But this isn’t the first time Winfrey has been connected to the Oval Office. Back in March, she hinted to Bloomberg’s David Rubenstein that the possibility of running had crossed her mind, given Trump’s entertainment background.

“I never considered the question even a possibility,” she said, before adding, “I just thought, ‘Oh … oh?’ ”

Without mentioning President Trump’s name, Rubenstein then pointed out that “it’s clear you don’t need government experience to be elected president of the United States.”

But, before you get too excited, Winfrey’s friend Gayle King followed up the March interview by saying it was “clearly a joke” and “that ain’t ever happening.”

“It was clearly a joke… that ain’t NEVER happening.” — @GayleKing on @Oprah’s comment about possibly running for president in 2020. pic.twitter.com/zwPNfIu0bi

In June, Winfrey told THR that “I will never run for public office.”

Still, people have been known to change their minds in the past and someone of Winfrey’s public standing and cunning must have known the kind of message that Tweet would send. Who knows what’s on the horizon for her after 60 Minutes? 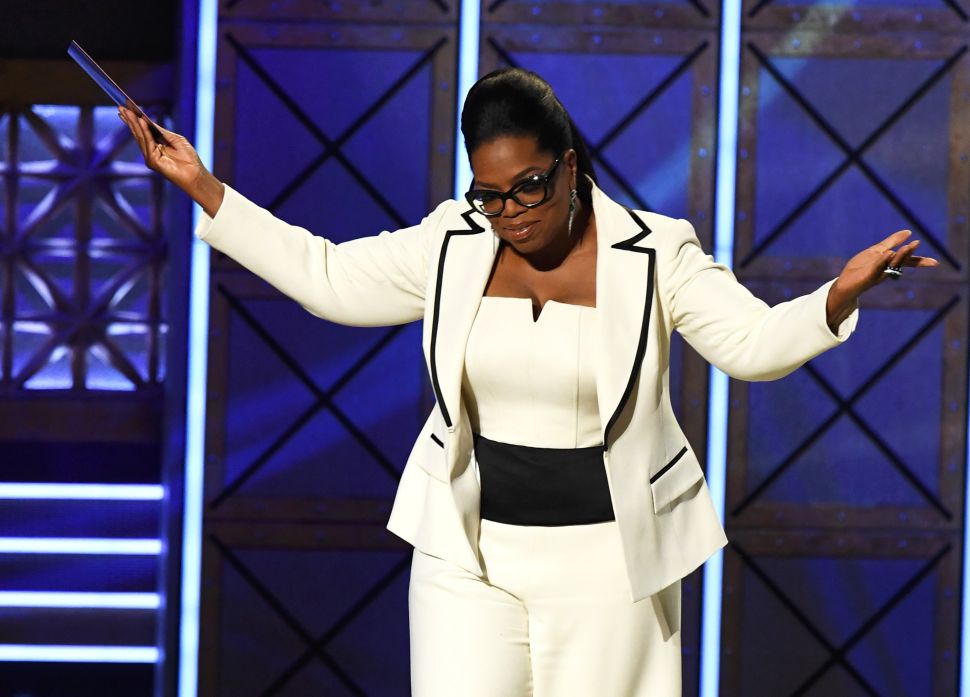