In its seventh and final season, Freeform’s Pretty Little Liars led the channel with 1.1 million live plus same day viewers, according to TV Series Finale. Given the show’s ratings success, it shouldn’t come as a surprise that Freeform is now mining the property for further use.

THR is reporting that the channel has handed down a pilot order for Pretty Little Liars: The Perfectionists, starring Sasha Pieterse and Janel Parrish in their roles from the original. Longtime fans of the series will be pleased to hear that showrunner I. Marlene King is attached to the spinoff, which will adapt Sara Shepard’s book, The Perfectionists. The groundwork for the spinoff was originally laid in November 2014 when Freeform, King and Shepard began working together to connect it to the flagship show.

“At Freeform, we are committed to delivering shows that push boundaries and become a part of our viewers lives. Pretty Little Liars was a cultural phenomenon so it’s no wonder fans wanted more,” Karey Burke, executive vp programming and development at Freeform, told the outlet. “We can’t wait to continue Marlene King’s rich and revolutionary storytelling with a new crop of leading ladies from Beacon Heights who will hold just as many secrets and lies as Rosewood did.”

Per THR, here’s Freeform’s description of the new series: “Everything about the town of Beacon Heights seems perfect, from their top-tier college to their overachieving residents. But nothing in Beacon Heights is as it appears to be. The stress of needing to be perfect leads to the town’s first murder. Behind every Perfectionist is a secret, a lie and a needed alibi.”

“I’m beyond excited to continue my collaboration with Sara Shepard, Alloy, Freeform and Warner Horizon,” King said. “I can’t wait to introduce our fans — and Sasha and Janel — to a new world of thrills and chills in Beacon Heights.”

While the launch of yet another spinoff will likely prompt (justified) complaints that Hollywood has run out of ideas, it’s not as if the Disney-owned Freeform is home to a surplus of Must-See TV. Piggybacking off the success of Pretty Little Liars gives The Perfectionist access to a strong and loyal contingent of fans and a security blanket of sorts in the early going. Don’t hate the player; hate the game.

No word yet on when The Perfectionists may arrive. 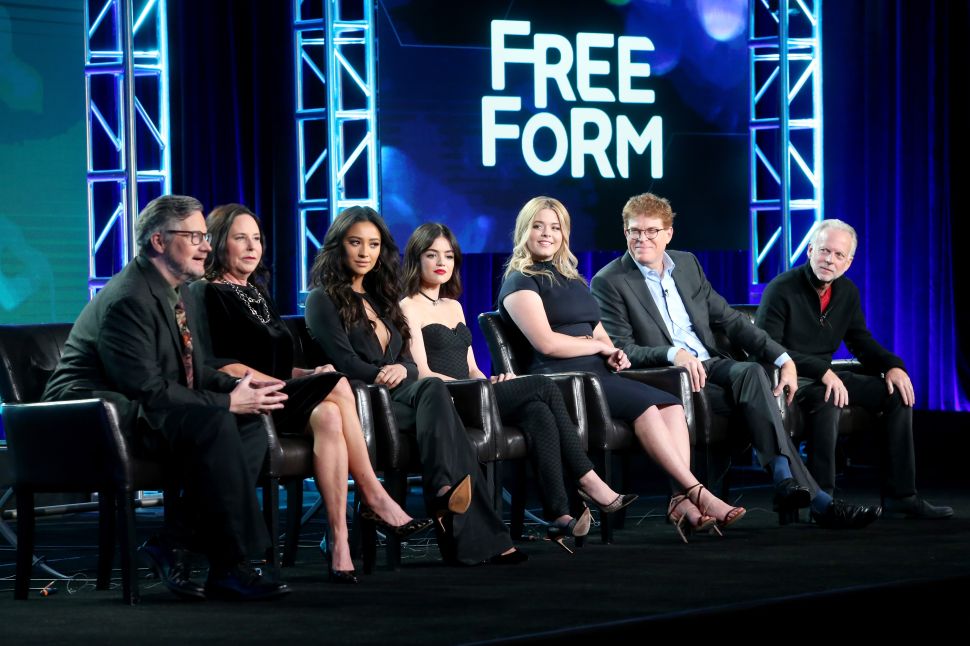