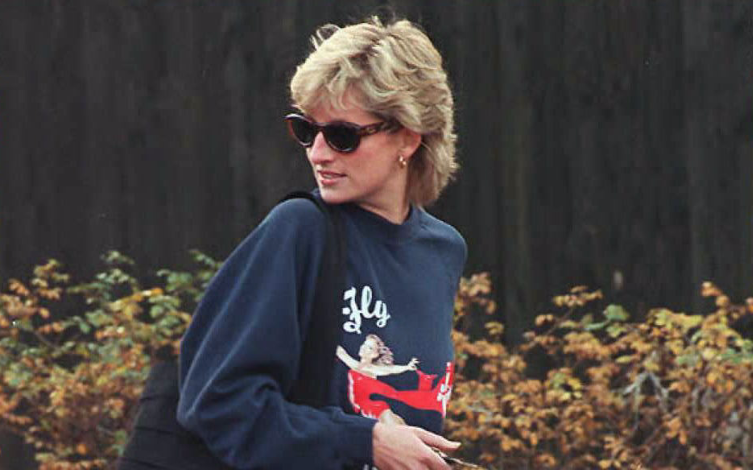 A slew of the late royal's looks hit the Paris runways.
Getty Images 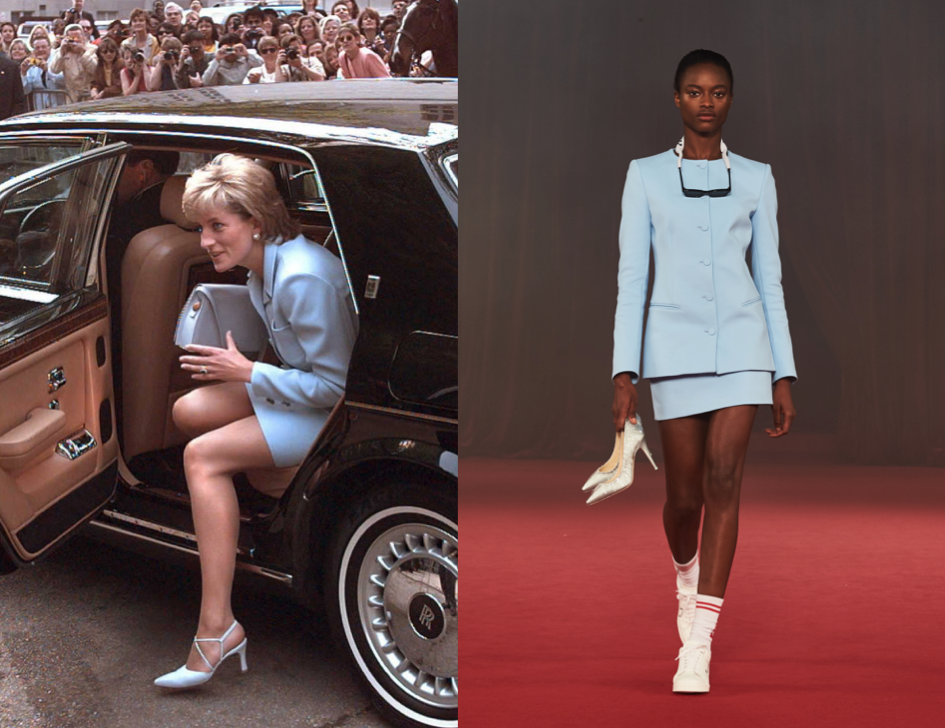 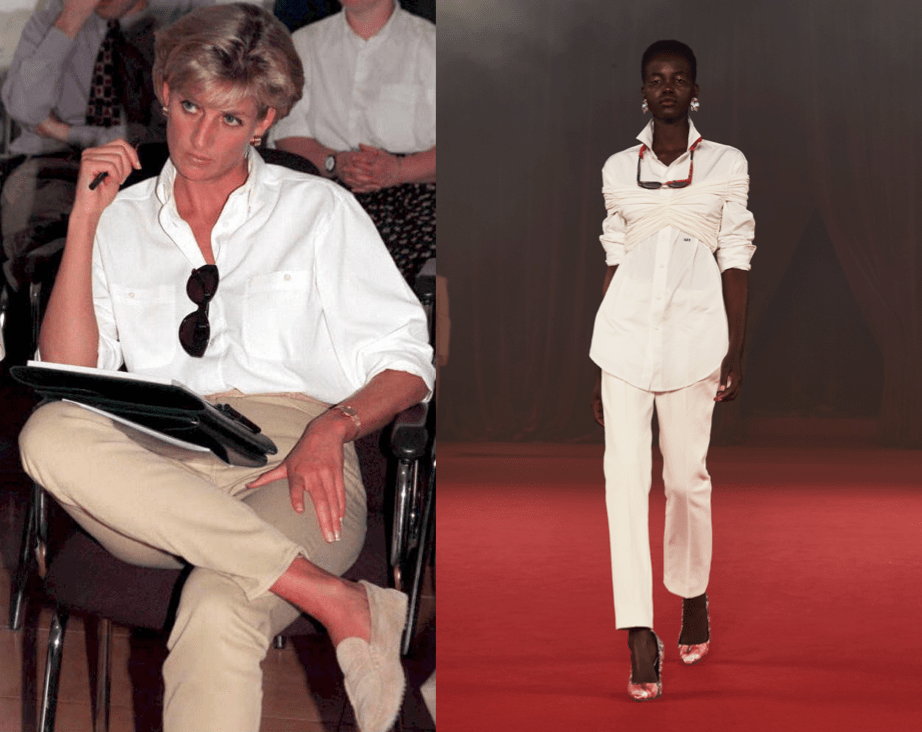 Both of these looks are utterly timeless.
Getty Images/Courtesy Off-White 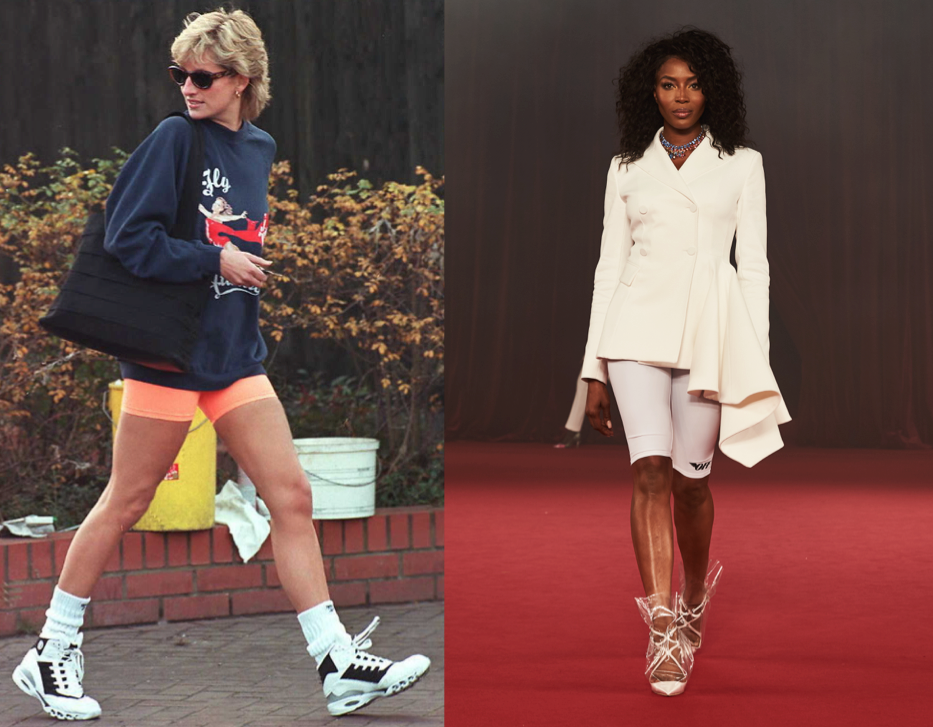 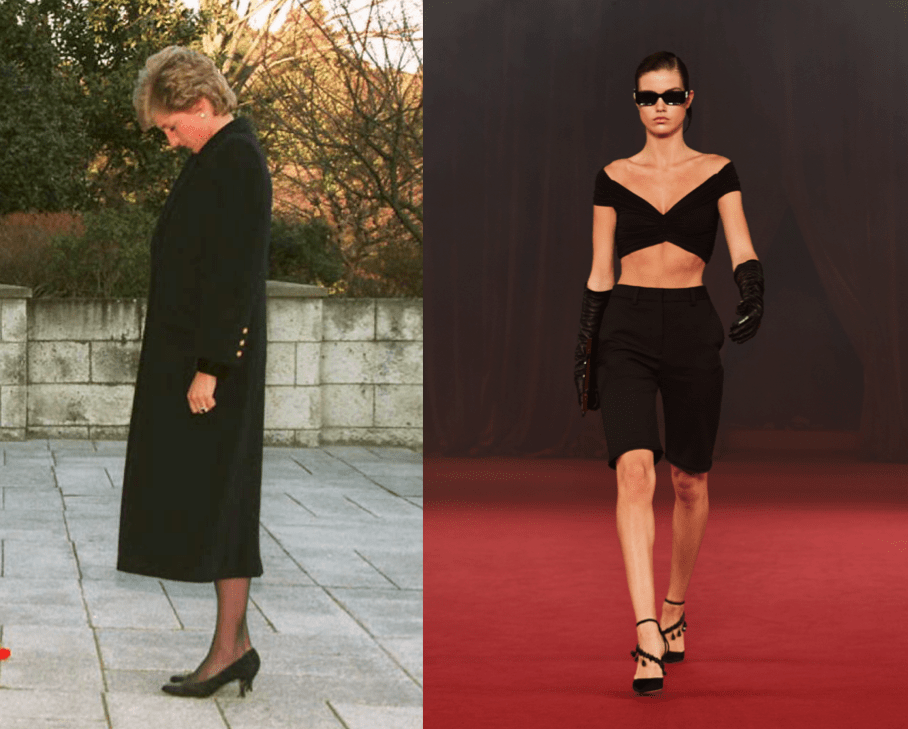 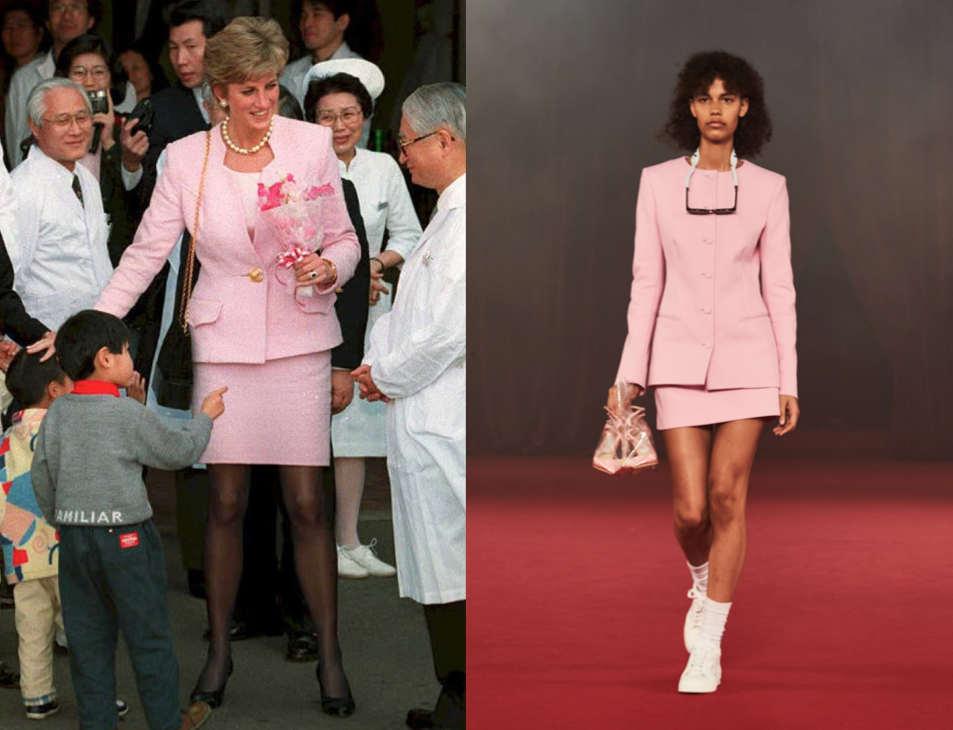 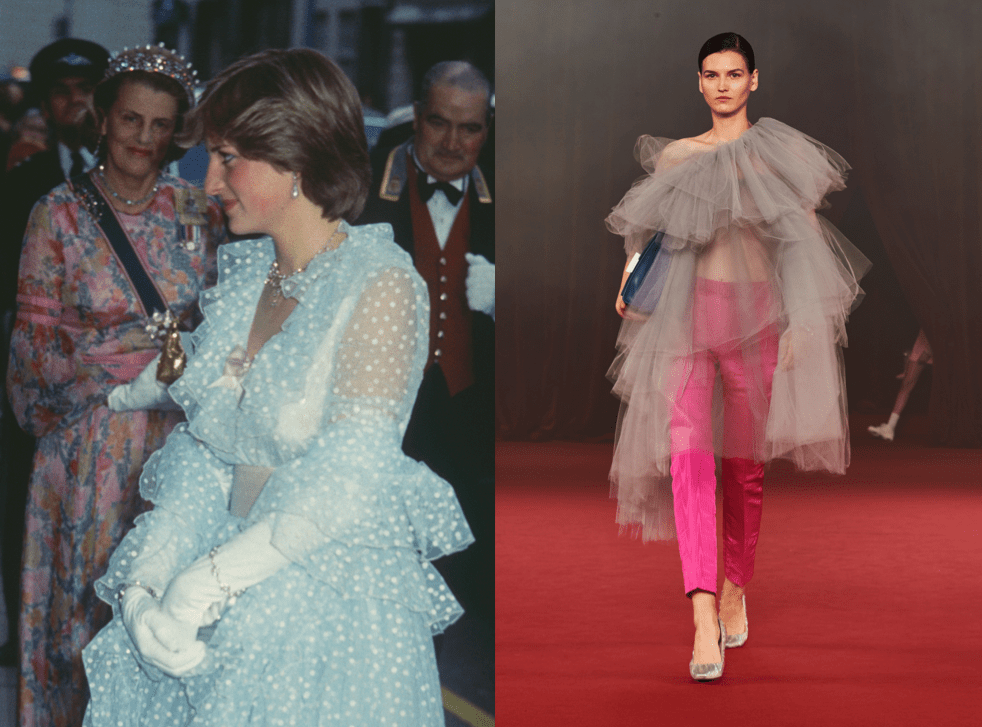 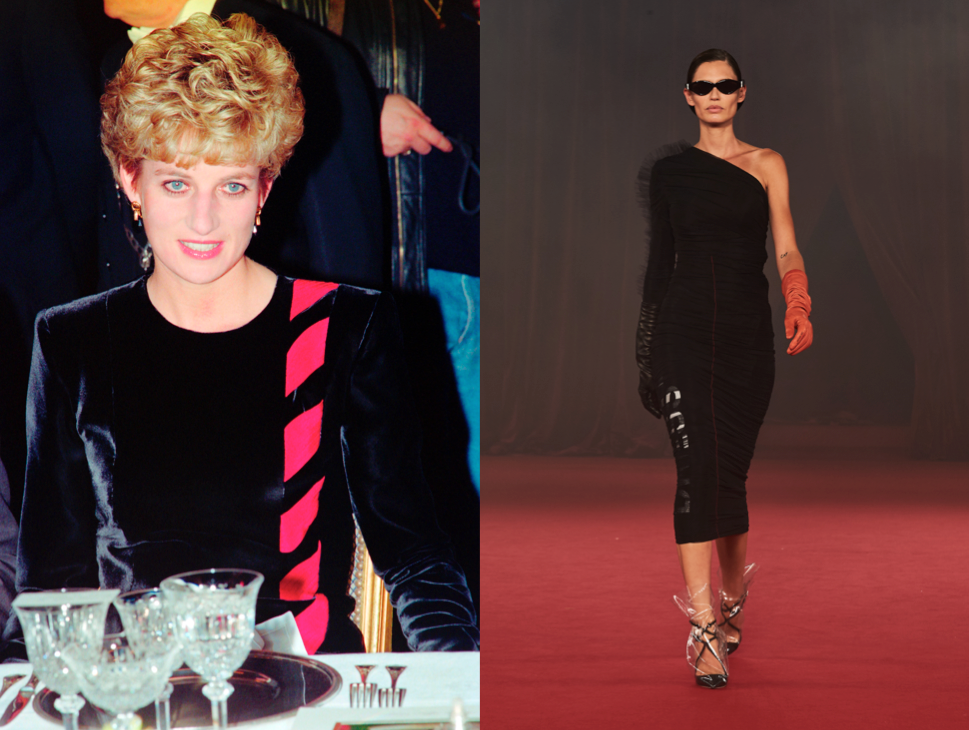 If you look closely, there's a matching red stripe on this Off-White Gown.
Getty Images/Courtesy Off-White 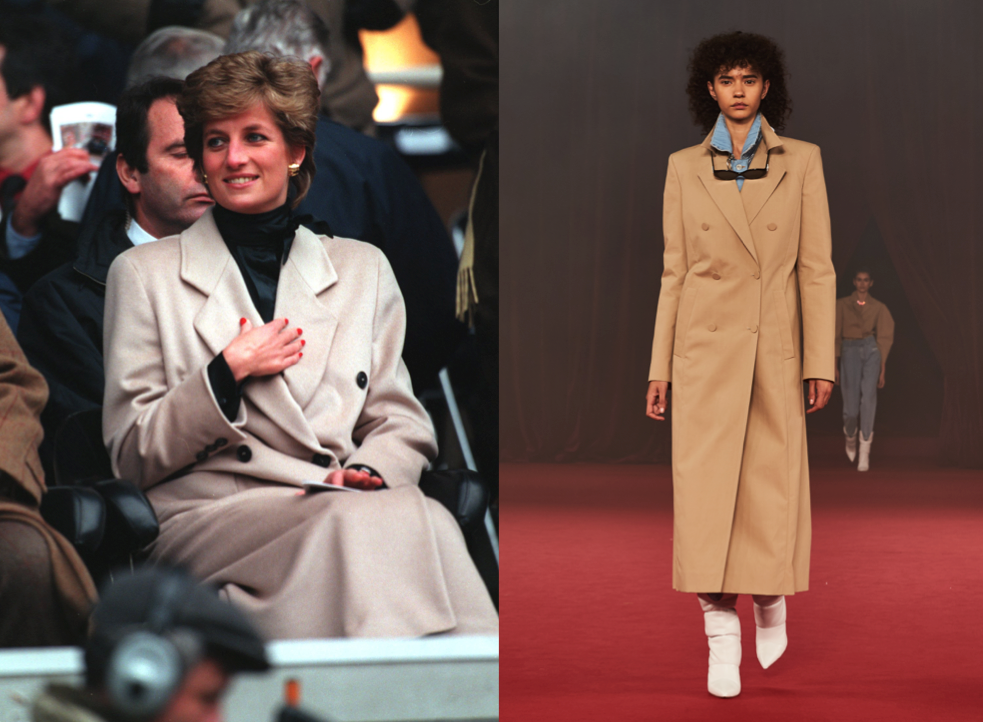 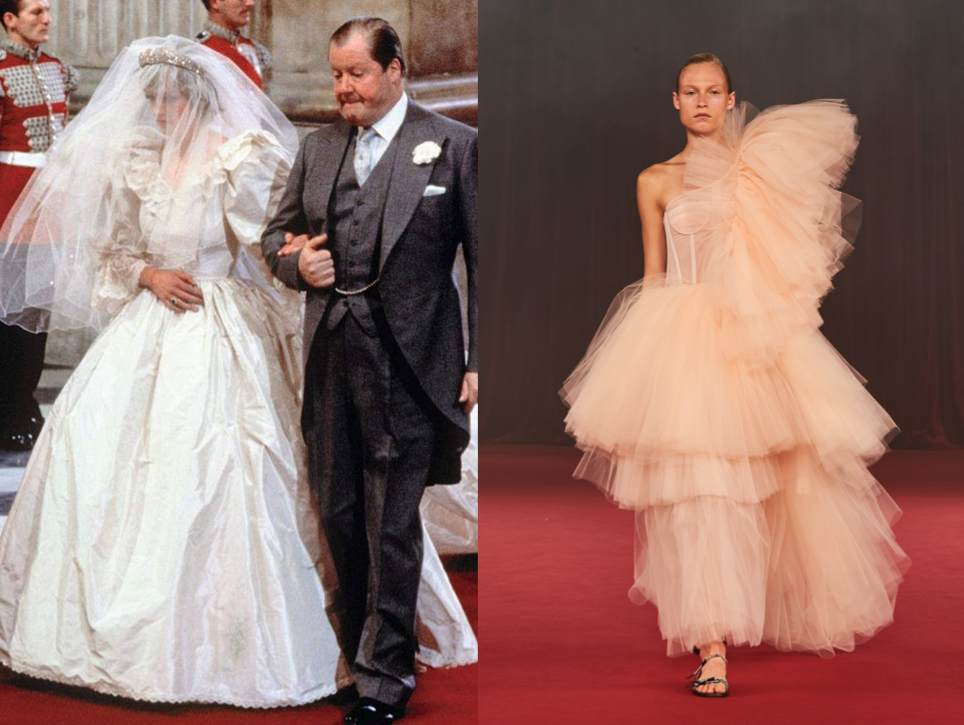 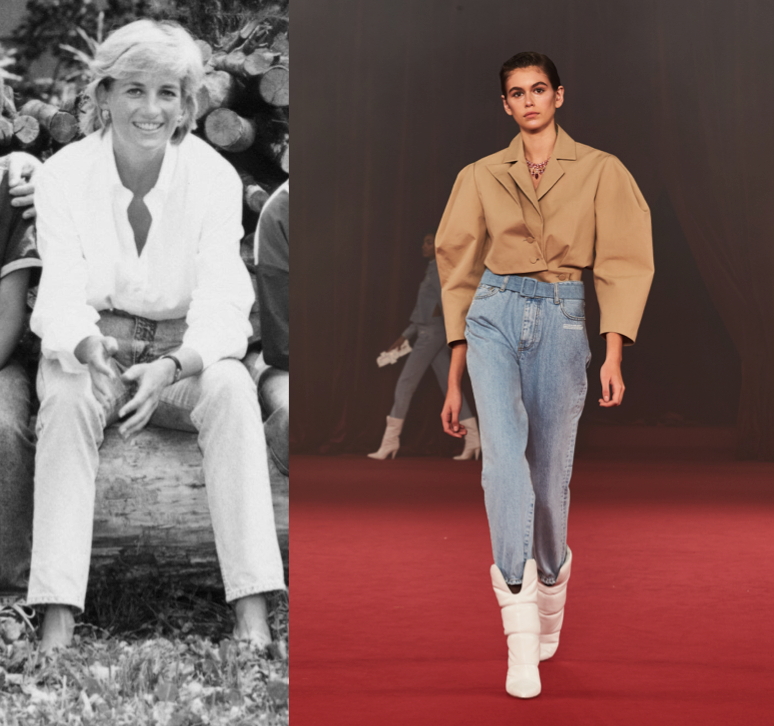 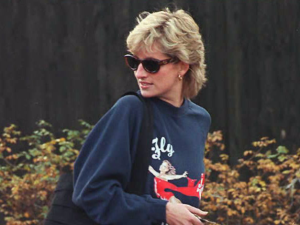 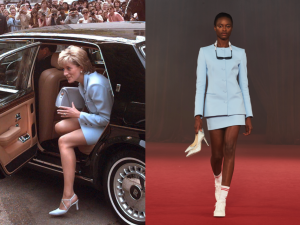 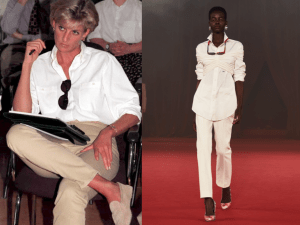 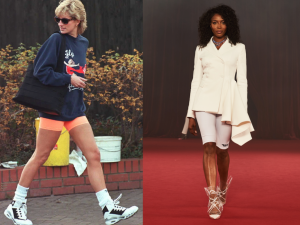 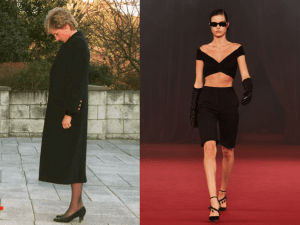 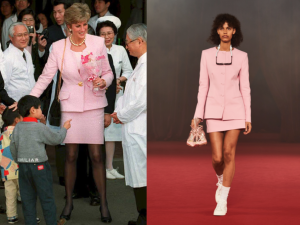 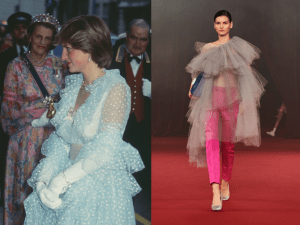 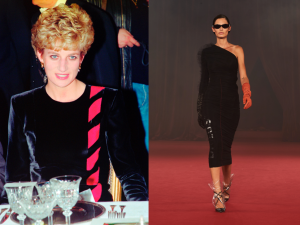 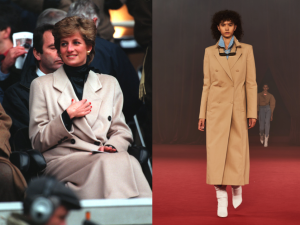 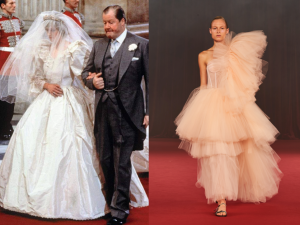 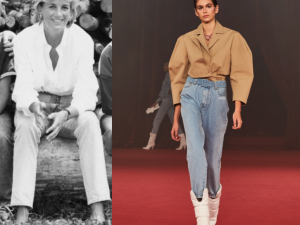 Given the current obsessions with all things royal—and the 20th anniversary of Princess Diana‘s death—Off-White designer Virgil Abloh was rather smart to broadcast the theme of his Spring/Summer 2018 fashion show well before it debuted. Way back in July of this summer, he shared an image of a mood board that was entirely covered with pictures of Princess Diana. Captioned “one woman, 40 @off____white looks in the works come september,” it looked as if he was going to be taking a deep dive into the sartorial choices of the beloved princess.

And that’s exactly what he did. Debuting at Paris Fashion Week, Abloh’s recent collection calls to mind quite a few getups worn by Princess Diana, from her faded blue jeans to her pastel-hued skirt suits. Even Diana’s extravagant and voluminous wedding dress was given an overhaul by Off-White, in layers upon layers of peach colored tulle.

In a nod to the media’s obsession with Princess Diana, there were clutches made from the titles of various tabloids and publications, including Time and People. And as a perfect reference to her nickname as the People’s Princess, Abloh even had his models walk the runway in sensible sneakers, while holding their stilettos; all of the shoes in the show were created in partnership with Jimmy Choo, a brand that was favored by Diana. Closing the show was Naomi Campbell, who donned a pair of spandex bike shorts, similar to the workout gear Princess Diana was often photographed wearing.

Click through to see all the influential outfits worn by Princess Diana, which have been revived and modernized by Off-White.