Members of the New York City congressional delegation are calling on the U.S. Department of Homeland Security to take steps to facilitate a recovery plan for Puerto Rico in the wake of Hurricane Maria.

The letter, sent to Acting DHS Secretary Elaine Duke on Monday, calls on DHS to provide a one-year waiver of the requirements of the Marine Merchant Act of 1920, or the Jones Act, which requires that all goods shipped between waterborne ports of the United States be carried by vessels built in the country and owned and managed by Americans.

The lawmakers also called on DHS to provide a waiver for the requirement that the Federal Emergency Management Agency enter into cost-sharing agreements for the recovery program given the island’s current economic conditions.

“We are thankful that the Federal Government has stepped in and has already deployed its existing resources to ensure that Puerto Ricans affected by this natural disaster are fed, clothed and housed,” the lawmakers wrote. “Every agency must act swiftly, in the way that America does when it faces an attack, natural or otherwise, on its own soil.”

The lawmakers said that it is their duty to stand up for Puerto Ricans and ensure that they are treated equally.

“As Members of Congress, we believe that it is our responsibility to ensure that the Federal Government promote the economic development of every community across the country,” they continued. “The people of Puerto Rico have long been denied the same benefits provided to other American citizens.”

In the letter, the elected officials noted that Puerto Rico “endured a direct impact from the worst storm to make a landfall on the island in nearly a century” on September 20. People lost their houses, entire communities were displaced and families on the mainland have been unable to communicate with relatives back home for days, they said.

They also said that the Puerto Rico’s aging power grid was “damaged severely,” noting that the local government predicted that it may take up to six months to turn the lights back on — and that there were already signs of vulnerabilities in the grid before Hurricane Maria hit the island.

Last year, they said, technical failures at the Aguirre power plant left one-third of the population without power, and in August, cold weather caused power outages for more than 40,000 people.

“Just weeks ago, Irma left over 1 million Puerto Ricans without power,” they said. “A direct hit by a powerful storm was the worst-case scenario for the grid, and Hurricane Maria has now made that scenario a reality. Efforts to get the island back on track will be extremely difficult.”

Velázquez was recently named as one of the co-chairs of Gov. Andrew Cuomo’s Empire State relief and recovery effort for Puerto Rico, along with singer and actress Jennifer Lopez, Bronx Assemblyman Marcos Crespo and former New York Secretary of State Cesar Perales. 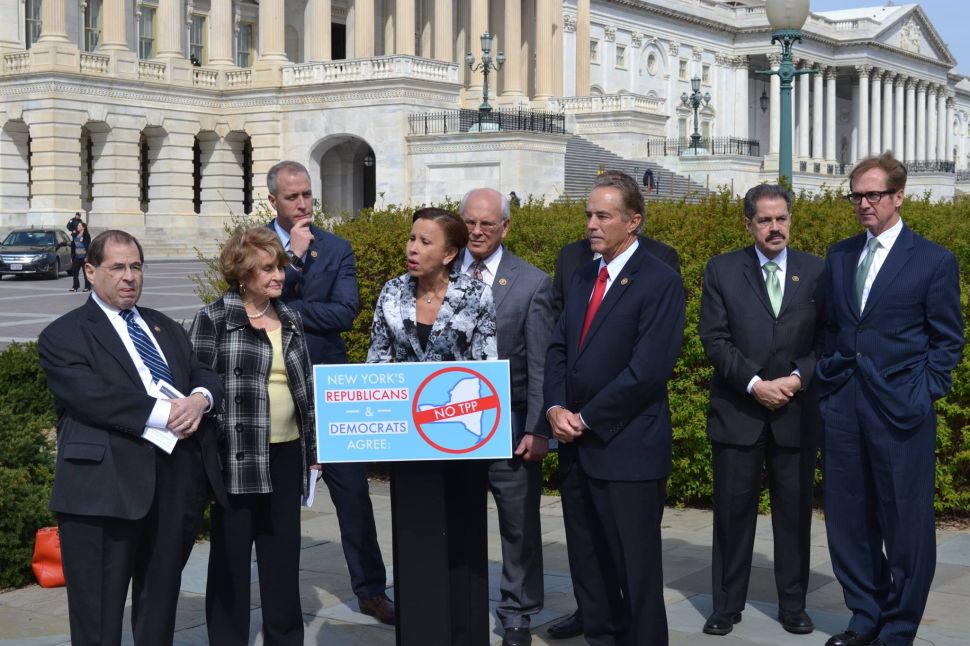