Four years after Steve Jobs took the stage at the Macworld conference in San Francisco to announce the very first iPhone, half of smartphone users has switched to the iPhone. Today’s conference at the new Steve Jobs Theater revealed the biggest upgrade to Apple’s iPhone since that historic day in 2007: the iPhone X.

Details about the iPhone 8 and 8 Plus were also announced, along with all the specs of the Apple Watch Series 3—and are saying the upgrades to the latter release could have just as great an effect on mobile productivity as that very first iPhone. Apple also fulfilled the dreams of those who have been waiting for an Apple TV that could play 4K Ultra HD content. Let’s take a closer look at the biggest announcements from Apple on Tueday.

The iPhone X is the iPhone people have wanted for years. It has a 5.8-inch, 2436 x 1125 pixel resolution Super Retina OLED display, which is the largest we’ve ever seen on an iPhone. Because it’s an edge-to-edge display without much bezel space, the iPhone X is still close in size to the iPhone 7, which only has a 4.7-inch screen. The iPhone X is powered by a new A11 neural bionic processor. It also has a glass body and is capable of being charged wirelessly.

One thing that may scare a lot of people is that a new Face ID replaces Touch ID for security. However, Apple claims there is a 1:1,000,000 chance that someone other than the iPhone’s owner can unlock the iPhone X with their face. Preorders for the iPhone X will start on October 27, and customers will start receiving the device on November 3. If you think the later-than-usual shipping date is a problem, just wait until you see the price, which starts off at $999 for the 64GB version.

iPhone 8 and iPhone 8 Plus

If you can’t come up with $1000 for the iPhone X, the iPhone 8 or iPhone 8 Plus might be more your style. They are upgrades to 2016’s iPhone 7 and iPhone 7 Plus. Both the 4.7-inch iPhone 8 and 5.5-inch iPhone 8 Plus have the same stereo speakers of the previous generation, but they are 25 percent louder. Both phones run on the new A11 bionic chip and can record 4K videos at 60 frames per second.

Before introducing the Series 3, Tim Cook announced that Apple Watch has seen phenomenal growth, and sales are up 50 percent from this time last year. Judging by the new watch features, which include full LTE data and voice capabilities, this product may finally become the mainstream device Apple has hoped for.

The Series 3 now includes a dual-core processor that Apple claims is 70 percent faster, thus allowing Siri to actually talk on the device. Apple claims the battery should last up to 18 hours. Perhaps the most impressive thing about the new watch is that despite the add-ons, the Series 3 is the same size as the Series 2, with the back expanded only by a very measly 2.5mm.

The LTE version of the Apple watch costs $399, while the regular version that needs to be tethered to your iPhone costs $329. Preorders begin on September 15, and the actual release date is September 22.

Apple is finally releasing a new Apple TV box that plays higher-resolution 4K videos with HDR. With the help of the A10X Fusion chip, the graphics are four times faster than before.

There has always been a lack of 4K and HDR content, but Apple claims it has been working with studios to change this. Best of all, the biggest 4K HDR releases on iTunes will cost the same as regular HD releases. iTunes users will also get automatic upgrades of HD titles in their existing iTunes library to 4K HDR versions when they become available.

Of all these products most of the reactions after the event, were, as expected, about the iPhone X. Some of the tweets show just how crazy people are about Apple’s new high-end smartphone.

Okay, I'll say it. I'm conservative, but I would prostitute myself for the iPhone X right now. 😅

There are many who are upset that, for the first time in years, the newest high-end iPhone won’t be available until November. The rumors about supply chain problems concerning the new iPhone X have ended up being true. Customers will moan and scream, but will be silenced once they get their new smartphone in their hands. You can bet that due to the iPhone X and other new devices, the fourth quarter of 2017 will be the most profitable one in Apple’s history. 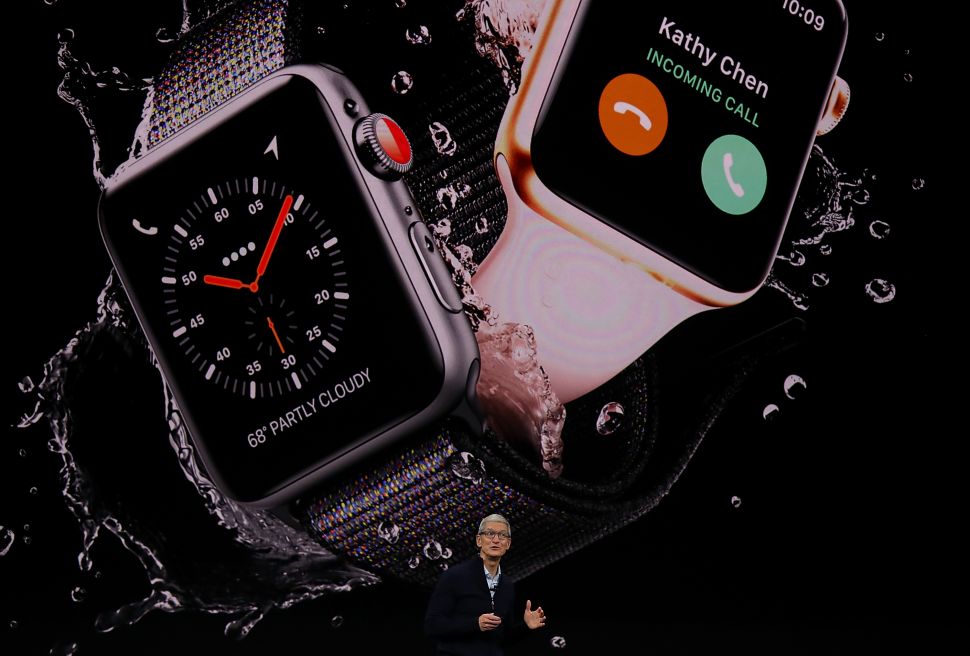