Hurricane Irma has already broken the record for the most powerful hurricane ever recorded in the Atlantic due to maintaining winds at 185 mph for more than two days. Further, this is the first time since 2010 that three hurricanes—Irma, Katia and Jose—have been active in the Atlantic Basin. The characteristics of the hurricanes in the Atlantic Ocean this year affirm the risks associated with climate change; global warming results in the development of stronger, more intense hurricanes.

“Hurricanes derive their energy from heat released from the evaporation of warm ocean . The warmer the ocean surface, the more energy there is to develop and intensify these storms,” Dr. Michael Mann, director of the Earth System Science Center at Penn State, told the Observer. Mann recently appeared in Before the Flood, Leonardo DiCaprio’s documentary on climate change. He continued, “There is scientific consensus now that the strongest hurricanes will get stronger as the world’s oceans warm, at a rate of roughly 10 miles per hour for each degree Fahrenheit of warming. The past few years have been the warmest years on record for the world’s oceans, and it isn’t a coincidence that over this time frame we’ve seen the strongest storms ever, as measured by peak sustained wind speeds, for the globe, the Northern Hemisphere, Southern Hemisphere, Pacific, and now with Irma, the open Atlantic.”

Dr. Mann stated that the frequency of hurricanes this season isn’t as much cause for alarm as their rapid intensification. “Harvey was the wettest storm on record in the U.S. as a result, in part, of very warm Gulf ocean surface temperatures, which meant there was more moisture in the atmosphere available to be turned into record flooding rainfall. And Irma is now the longest-lived category 5 storm in history for the Atlantic. That is due to the very favorable environment it has found in the form of very warm ocean surface temperatures,” he said. “The impacts of climate change are no longer subtle. We see them playing out in real time, and this last couple weeks is a stunning example of that.”

Despite this obvious evidence of climate change, climate change “skeptics” and deniers have continued to argue that there is no scientific evidence proving climate change. Several evangelical Christian leaders in Texas blamed Hurricane Harvey on gay people, and conservative outlets like Breitbart pushed editorials denying the link between hurricane intensification and climate change.

Dr. Mann explained, “Well, first of all, many of those who call themselves climate change ‘skeptics’ are actually the opposite. All good scientists are skeptics, demanding logic and evidence, which must be all the more compelling the more extraordinary the claim. But those who reject overwhelmingly established science—like the fact that human activity is warming the planet and changing the climate—based on the flimsiest of arguments that don’t stand up to the slightest bit of scrutiny are not skeptic. They are contrarians or, in many cases, simply deniers of established science. But with regard to the specific subject of these recent hurricanes, the science is very clear on the basics: Warmer oceans mean stronger storms, more flooding rains, and global sea level rise has worsened every storm surge. To deny these facts is literally to deny basic physical science.” 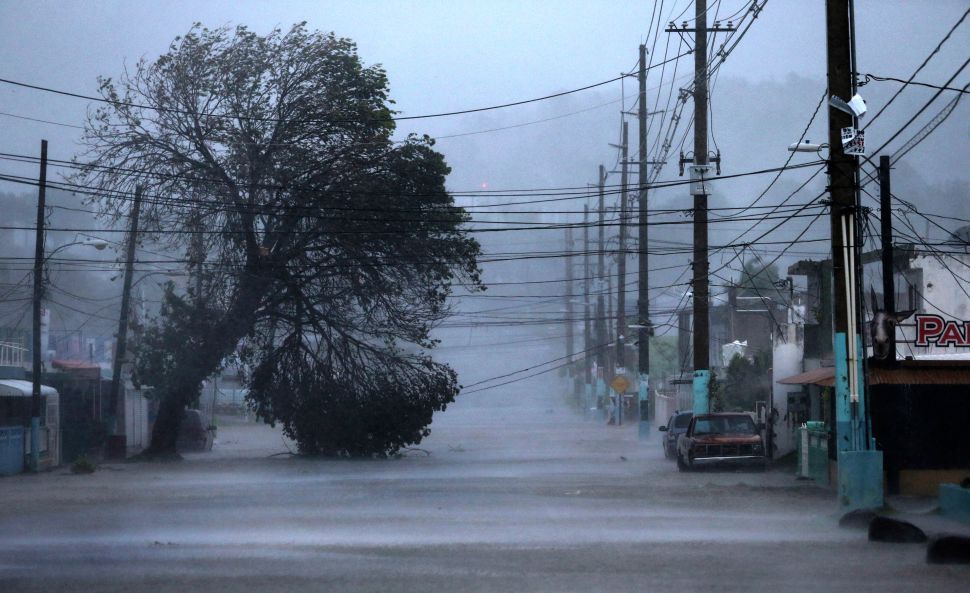