Grim and hopelessly despondent, but superbly acted and strangely effective as crime on the screen goes, Last Rampage is a gritty file on the infamous and highly publicized prison escape of convicted lifer Gary Tison in 1978. An unflinching centerpiece performance by the character actor Robert Patrick as the embittered Tison is so toxic you can’t take your eyes off him, even when the watching gets tough.

It was one of the biggest headline-grabbing crime stories since Bonnie and Clyde. Three teenage brothers made a plan to free their Dad from the  Arizona State Penitentiary in a daring exercise worthy of a B movie melodrama, and it worked. Two of the boys were over 18, which meant they could be tried as adults and sent to prison forever—all the more reason  for their loopy mother (a brunette Heather Graham, eschewing beauty for realism) to grab her own ten minutes of fame touting their criminal genius on radio and TV. While Tison, along with his three slavishly devoted sons and another hardened inmate, head for Mexico, a crusty old sheriff (an unrecognizable Bruce Davison) pursues them across the punishing desert in a bleached and blistered landscape of waterless death, beautifully photographed by Rafael Leyva.

Based on the book of the same title by James W. Clarke, Last Rampage is a story of perversely distorted family values in which a father dedicated to the philosophy that “a man with a mission can kill anyone who gets in his way, including his own flesh and blood” drags his children to hell by his side. The screenplay, distilled from the book by Alvaro Rodriguez and Jason Rosenblatt, takes the time between savage slayings to make each character precise, and clarify the reasons behind the boys’ hero worship of a despicably dominant father that was so unshakable that they played a willing part in his  crimes. Three terrific young actors with formidable futures play the sons—Skyy Moore as gung-ho youngest brother Ricky, Casey Thomas Brown as the easily manipulated Ray, and Alex MacNicoll as the  conscience-troubled Donny. Things go very wrong for them all—two flat tires, a getaway car without a spare, and the  murder of an  innocent family with  children—impeded their progress, further complicated by Tison’s brother Joe, who betrayed him to the cops. Leaving a string of victims along the way in a rampage of brutality before crashing the two roadblocks that ended their reign of terror through the American Southwest, all of them come to a bad end. Tison deserted his sons but died of exposure and starvation a week later. The two surviving boys are still serving multiple life sentences and the crazy mother visits them every Sunday.

Admittedly, there are times when a movie buff might wonder why anyone would bother to make a downbeat movie about such irredeemable mercenaries in the first place. But the staunch resolve of two-fisted director Dwight Little to tell the truth about a family of celebrated monsters, scars and all, deserves a gruesome respect, and the cast is awesome. Crime for the art of moviemaking is a valid enough reason for Last Rampage. Rarely have I seen a performance of more horrid revelation than Robert Patrick’s career-making turn as Tison. A chain-smoking, blaspheming  corruption of paternal guidance, every time he exhales you can smell the danger in the air. Eyes squinted and cold as a snake’s, he’s one of the scariest maniacs who ever decorated a Most Wanted poster. 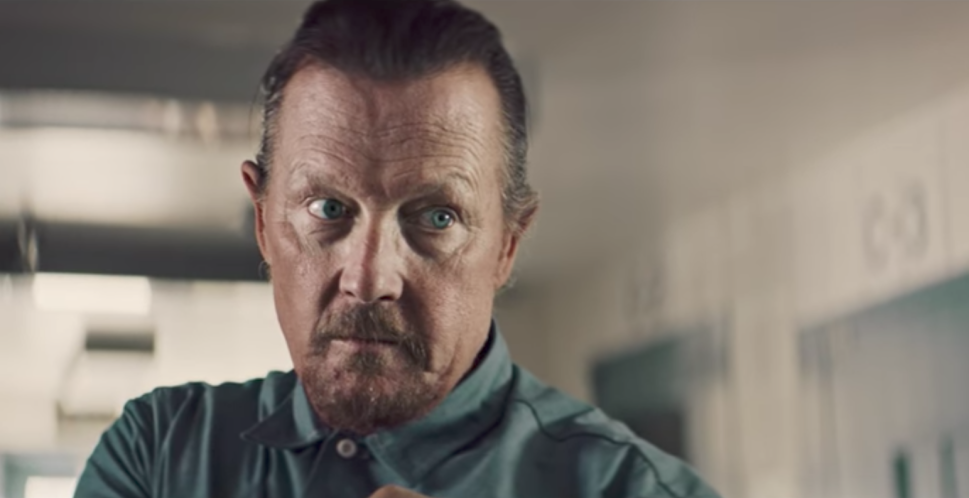