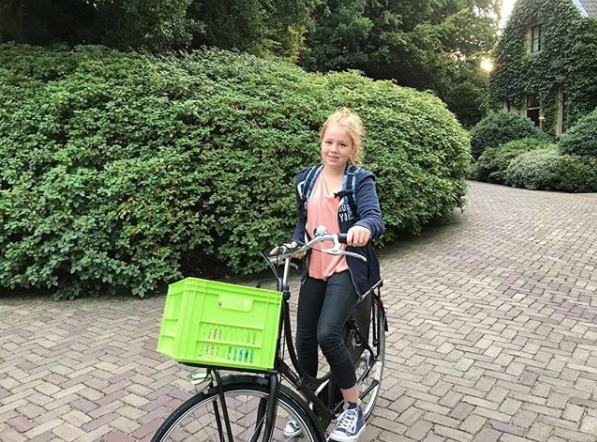 Princess Alexia, the daughter of King Willem-Alexander and Queen Maxima, went back to school like all good Dutch children—on a bicycle. The 12-year-old looked comfortably casual in Converse, denim capris and a hoodie. This isn't the first time the Netherlands family has shared a first day snap. Princess Alexia's sister, Princess Catharina Amalia, was captured on her very own bike, although her basket was hot pink instead of lime green.
Instagram 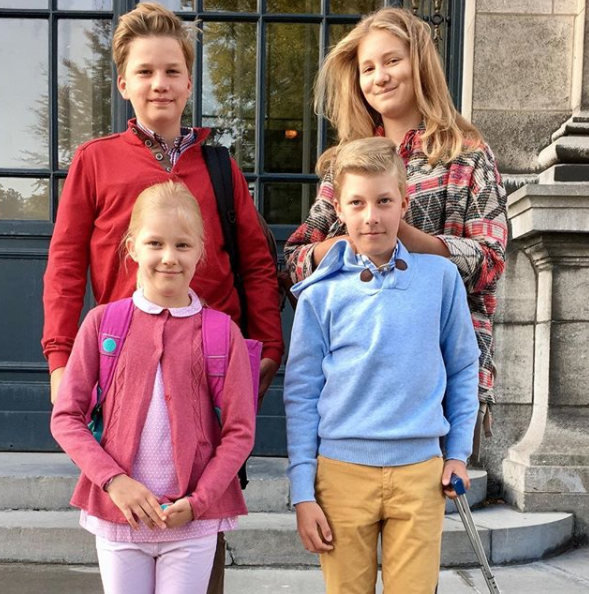 Instead of bikes, the Belgian royal family busted out their rolling backpacks. Princess Elisabeth, Prince Gabriel, Prince Emmanuel and Princess Eleonore smiled for the camera in coordinating colors.
Instagram 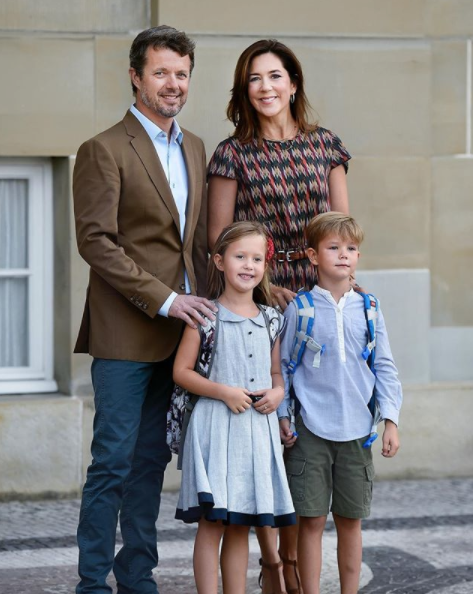 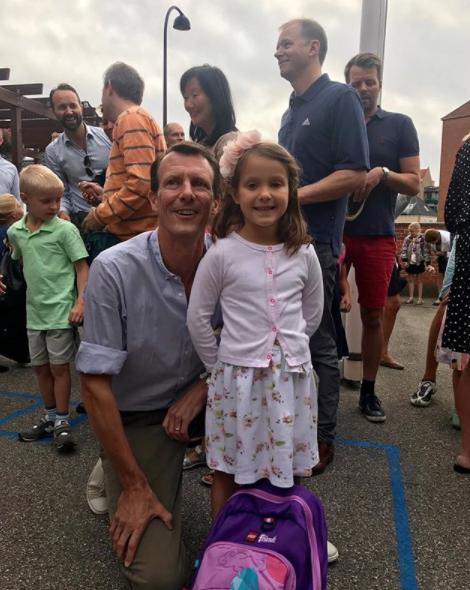 Danish Princess Athena posing with her father, with the photo taken by her mother Princess Marie.
Instagram 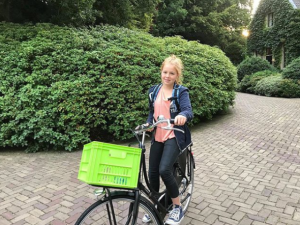 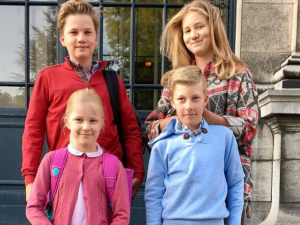 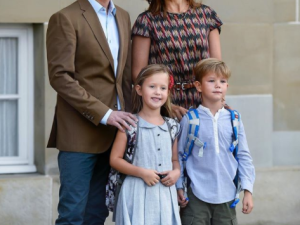 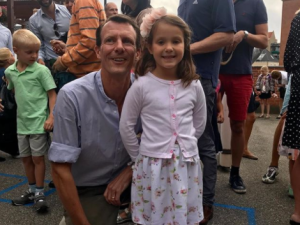 Being a royal means birthday extravaganzas on family yachts, epic vacations and secret engagements. But growing up royal looks almost the same as anyone else’s coming of age experience, only with uncomfortable suspenders and formal photographs. Prince George doesn’t start his new school until Tuesday, but plenty of royal children have already had their first day and celebrated with embarassing pictures posted by their parents.

The Netherlands’ very own Princess Alexia posed with her bicycle, and was filmed pedaling right out of her driveway. Danish twins Princess Josephine and Prince Vincent were seen smiling, even after the small prince shed a few tears and was consoled by his mother. Their cousin, Princess Athena, was all smiles on her first day. And the Belgian royals, a brood of four, grinned in pastels and primary colors, all looking very, very blonde.

Now that royals are trying to relate to common folks more than ever, plenty of proud parents (or their publicists) posted photos for all the world to see. Fortunately, there are no uncomfortable smiles, and they all look ready for their first day and the coinciding close-up.

If you’re ever flipping through old first-day photos and regretting questionable fashion choices, just be happy yours aren’t on Facebook, and certainly aren’t posted on a royal social media account, for the whole world to see.