After massive Kremlin-led disinformation campaigns against German Chancellor Angela Merkel during the height of the 2015-2016 migration wave, many expected such tactics to be a major element of Russian President Vladimir Putin’s effort to influence the German parliamentary elections. While disinformation remains one of Russia’s primary tools to subvert the West, the Kremlin has a larger strategy.

There are two games Russia plays.

First, Russia has a long-term strategy to disrupt Western democracies by exploiting their internal problems and supporting local extremists and pro-Kremlin forces. A principled response to Putin’s occupation of Ukraine, Georgia or Moldova—such as Merkel’s— is harder to pull through. As Russia sees it, if you cannot defeat the other team, tear down the playing field.

Secondly, Moscow employs short-term campaigns on a tactical level. This includes supporting Kremlin-preferred politicians and policies and attacking their opponents with hostile means. Such support was awarded to Marine Le Pen, Donald Trump, the “leave” vote in the Brexit referendum, and the “no” vote in the Dutch referendum on the EU-Ukraine Association Agreement. If such tactics are successful, Putin celebrates because he perceives the opponent as more dangerous.

The Russian authorities and their proxies use a wide variety of tools to achieve soft regime change, meaning getting Putin-friendly politicians into office. With politicians who are soft on Russia, Putin gets effective allies who are less willing to defend Ukraine’s territorial integrity or stand up to Russia’s subversive efforts in the West.

Due to Merkel’s principled position, Germany is the key architect of Europe’s sanctions against Russia. That’s why she is the prime target of Putin’s hostile actions and is demonized by Russian puppet media.

Outside of the Merkel’s Christian Democratic Union (CDU), every major party wants to soften Germany’s position on Russia. Conservative CSU, Merkel’s close partner, focuses its rhetoric on a “business-first” approach, no matter Russia’s violations of international law. The leader of center-right liberal FDPA, a probable coalition member, has publicly flirted with removing Russia’s illegal annexation of Crimea from Germany’s foreign policy focus. The Greens, another probable coalition partner, have strong anti-Putin messaging, but its rhetoric verges on anti-American as well, helping Moscow massively.

On the far left is Moscow’s reliable ally Die Linke. Their agenda is clear: Bash the West and the U.S. for everything and always relativize Russia’s atrocities. On the far right, the Alternative for Germany (AfD), whose funding remains unclear, openly advocates for Russia; one of its foreign policy priorities is appeasement. It’s no wonder these two parties are called the Kremlin’s Trojan Horses. Both vocalize Russia’s foreign policy objectives and have real political presence, though they have limited influence on German and EU policy as a whole. They drive conversation about policies the Kremlin cares about, but they cannot directly influence their implementation.

Putin’s goals in Germany are obvious: Break Berlin’s policy on sanctions and support for Ukraine, put Germany at odds with Washington, and push through Nord Stream 2 to side line Germany’s allies in Eastern Europe and increase Berlin’s dependency on Russian energy supply.

Who in the German political establishment shares these goals? The Social Democrats (SPD). There are various possible roots for the SPD’s submissive policy towards Putin. It might be the phantom pain of Ostpolitik, a feeling that SPD has nothing to contribute on foreign policy other than differing with CDU on Russia. It might be the schroederization effect, where some leaders see the former chancellor’s lucrative Russian business deals as a potential path for themselves. It’s astounding that Schröder’s work for Putin doesn’t matter to SPD—he even got a hero’s welcome at its last party convention. It took Putin’s self-proclaimed friend accepting another position within Russia’s state-linked companies for German press to begin criticizing him. Schröder isn’t the only Putin-friendly former SPD boss. Matthias Platzeck also serves in the broader Kremlin-linked network, presiding over “Deutsch-Russisches-Forum,” frequently talking to Russian propaganda mouthpiece Sputnik, and befriending former KGB officer and Putin inner circle oligarch Vladimir Jakunin, who now runs his pro-Putin influence network directly from Berlin.

It’s not only former leaders; current leaders are adopting similar policies. SPD senior figures are the established advocates for Nord Stream 2—basically teaming up with Putin against Germany’s allies in Eastern Europe. SPD leadership has called for the U.S. nuclear umbrella to be withdrawn from Germany, advocated for “phasing-out” sanctions against Russia (which CSU does all the time), opposes any additional sanctions on Russia, and called NATO reassurance exercises in Poland “warmongering.”

The ultimate reason that the Social Democrats support Putin’s foreign policy objectives may never be known, but the party is Putin’s most important advocate in the German political establishment. In contrast with Die Linke or AfD, SPD can shape policies.

Best-case scenario for Moscow is a CDU/CSU-SPD coalition, which would force Angela Merkel to be softer on Russia. Under this coalition, countries concerned with Russian aggression would have a principled backer in her, but Berlin wouldn’t be the leading force pushing back against Russia’s subversion of European democracies. Moreover, the Kremlin’s short-term project in Germany is Nord Stream 2, of which SPD is a key proponent. Because SPD has invested enormous political capital in it, Merkel wouldn’t block it—to do so would be too politically expensive. With this option off the table, Moscow will have its friends run the German opposition.

With SPD likely being out of the next coalition, Moscow lost big-time.

Jakub Janda is the head of the Kremlin Watch Program at the Prague-based European Values Think-Tank. He consults for governments on how to counter hostile foreign influence operations. 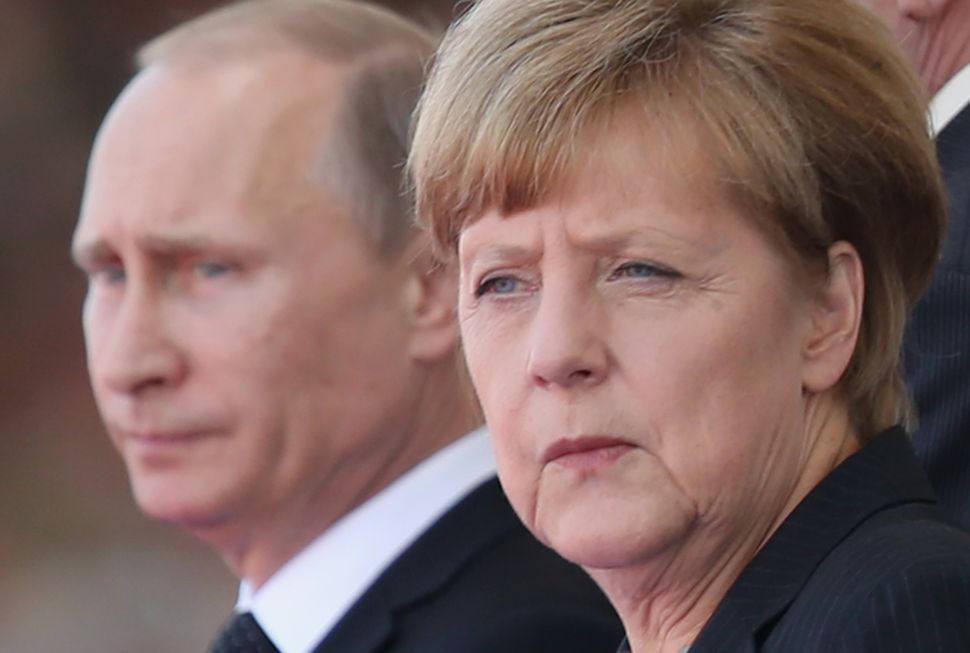