For the last two decades, curator and art dealer Sara Kay has been toiling behind the scenes to bring the work of some of the greatest artists of the last four centuries to light in venues such as White Cube gallery in London, where she was director until 2015, and Christie’s Auction House as a specialist in Old Master Drawings. But she was always acutely aware how the contributions of women in these illustrious institutions could be overlooked in the traditionally male-dominated field. To that end, she started POWarts (Professional Organization of Women in the Arts) in 2008. Now, after working as an independent art advisor for the last two years, she’s opening her own gallery this month to champion the work of female artists from across the ages, spotlighting their work alongside some of their well-known male counterparts.

Opening on September 28th in the former Rivington Arms space in Lower Manhattan, Kay’s eponymous gallery will launch with a selection of work from New York collector Audrey B. Heckler, who holds one of the most comprehensive private collections of outsider art in the world. These rarely seen works will be shown along side modernist masters like Pablo Picasso and Jean Dubuffet, artists who not only found inspiration in outsider art, but who helped propel the genre to the forefront of art history.

Kay spoke to Observer about her passion for outsider art, her commitment to supporting women working in the arts, and the importance of finding a gallery space with a red door.

How do you feel your professional background has shaped your vision for the gallery?

Well, it all started at the American Folk Art Museum, where I had an internship in 1997, which then became my first job a little bit later. That’s where my interest in outsider art started. They were creating a department for this genre while I was there. Once I encountered those artists, that was it. I was so taken. It became a real passion.

The programming of my gallery, as a whole, is a reflection of my background and my expertise. It’s a reflection of how I’ve learned about art over the course of my career, from outsider art to Old Masters to the contemporary. What was of interest was the threads of commonality between artists working across all these different eras. So I wanted to pull on these threads.

What was it about outsider art that drew you in?

It’s raw. There’s a level of authenticity and vulnerability. I love Madge Gill, Martin Ramirez, George Widener, and Adolf Wölfli. These artists have such strong voices and I find that incredibly inspiring. They’re very soulful. What’s also interesting is the role that these artists have played in the creativity of classically trained artists like Picasso and Dubuffet. They play a very important role in modern art.

The gallery is housed in a  historic Lower East Side townhouse once home to the former Rivington Arms gallery. Were you seeking a non-traditional, anti-white cube location? Did you intentionally want to position yourself in lower Manhattan?

I wasn’t sure I wanted to be on the Lower East Side, but I was sure of the feel that I wanted. I had been dreaming of a townhouse with a red door. And this townhouse, with its red door, just happened to come up when I started looking for a space. I like to think it found me. I love the historical charm of the space, and I think it speaks well to the art. It’s intimate. When I look at outsider art, there’s an intimacy in that, too. I also think that this neighborhood is really interesting; I’m grateful to be in the proximity of other galleries, the New Museum, and the International Center for Photography. There’s so much creativity around here.

You are clear about wanting to support women artists, but not show them exclusively. Why?

I’m not only showing women artists because I want female artists to be part of a larger dialogue in art. But it’s no secret that I’m invested in championing women in this industry. I started POWarts in 2008 and it’s grown exponentially since then, both nationally and internationally. And while POW focused on supporting women working in the business of the visual arts, the gallery is my chance to directly support women artists.

You’re a native New Yorker, so you know the art scene here like the back of your hand. What are you hoping to bring to the city’s gallery scene as a whole with your gallery?

I think about art globally, so I don’t want to think about New York in a bubble. As a cultural city, it brings so much to the table worldwide and I want it to continue to thrive and to be a part of that.

What are you most excited about now that the opening is imminent?

This has been 20 years in the making for me, it’s my passion—my vision. I’ve had such great support from so many people: friends, colleagues, my family. It feels much bigger than me at this point! I want to share it with people—get it out into the world. 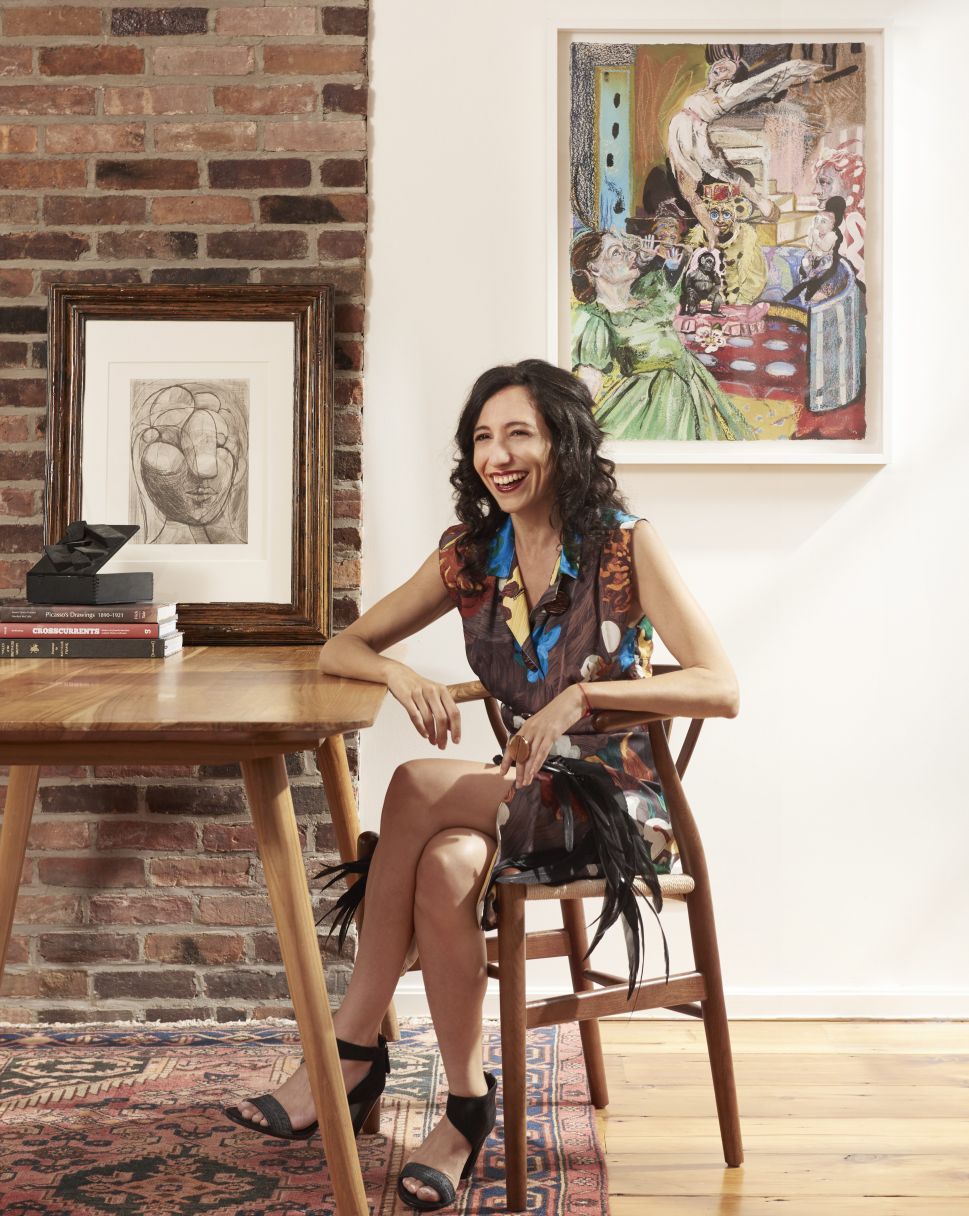