Could leaving the White House be the best thing that ever happened to Sean Spicer?

The former press secretary has formally left the Trump Administration and is now being met with a handful of interesting career opportunities. THR reports that several major Hollywood entertainment companies are lined up with television ideas either in the form of cameo appearances or serving in a consultancy role with shows that “have a political or current events focus.” But that’s not all.

The Spice man is also reportedly considering several literary opportunities via book deals and print columns, per the outlet. These would come with opportunities to work as a political commentator on radio or television. A former Trump staffer would be considered an enticing get in the cable news world, though CNN has already passed, according to The Hill. Still, it’s clear that Spicer has options.

“I’ve been humbled by the amount of interest, and now that I’ve completely left government, I’ll be looking to engage in those discussions,” he told THR.

Politico reports that Spicer will kick-off his post-White House career as a paid speaker with Worldwide Speakers Group. Between his speaking engagements and potential book and TV deals, Spicer should be sitting pretty in the near future. 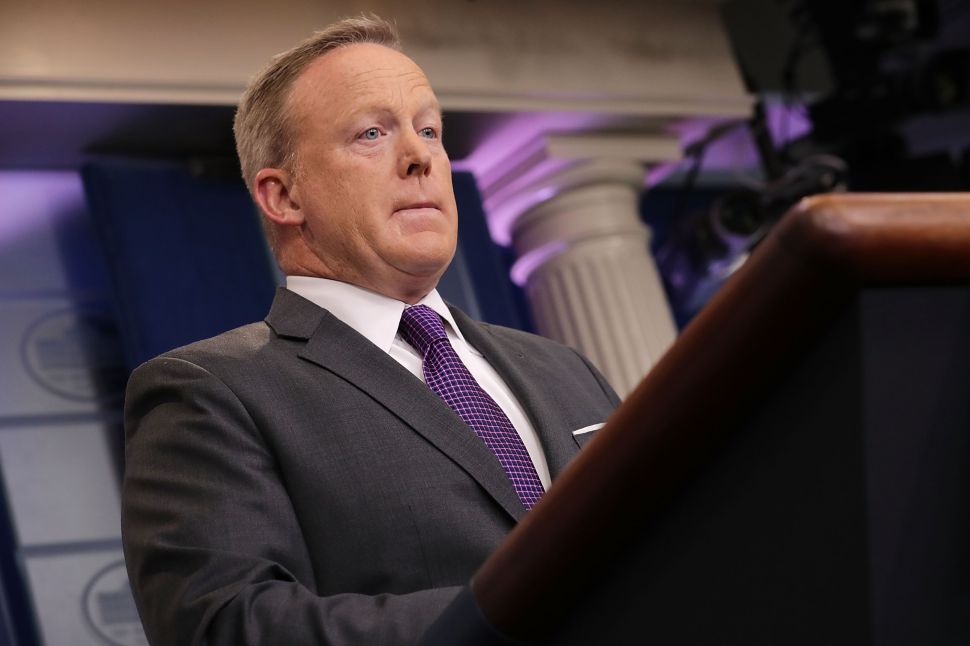