Director Guillermo del Toro has a new film on the way which is a big deal for some and nothing more than a blip on the radar for others. Either way, you’re probably at least interested to hear what the critics are saying as The Shape of continues to screen at the Venice Film Festival. By all accounts, it sounds like the movie is pretty good, but don’t take my word for it.

“[The Shape of Water] is unquestionably del Toro’s best, richest film since his 2006 Spanish-language masterpiece Pan’s Labyrinth. Crucially, it’s also one that he and he alone could have dreamt up.”

“Guillermo del Toro understands monster love better than any other living filmmaker, and his new movie, The Shape of …is about the finest love letter any movie monster could hope for.”

“Credit the marvelous Hawkins, her fine-featured but robustly expressive face in constant emotional motion, for making us believe as swiftly and as easily as we do that Elisa and the creature are made for each other.”

The Shape of takes place in the year 1962 and follows a mute janitor and her co-worker who are employed by a government laboratory that is examining a mysterious amphibious creature. Out of loneliness and curiosity, the janitor befriends the creature.

The film is being rolled out over the next few months at several different film festivals, including Telluride and Toronto. All of the good word-of-mouth the movie seems to be generating is welcome news to del Toro fans. The filmmaker’s last effort, Crimson Peak, failed to hit the mark with most fans and flopped at the box office.

The Shape of opens wide on December 8. 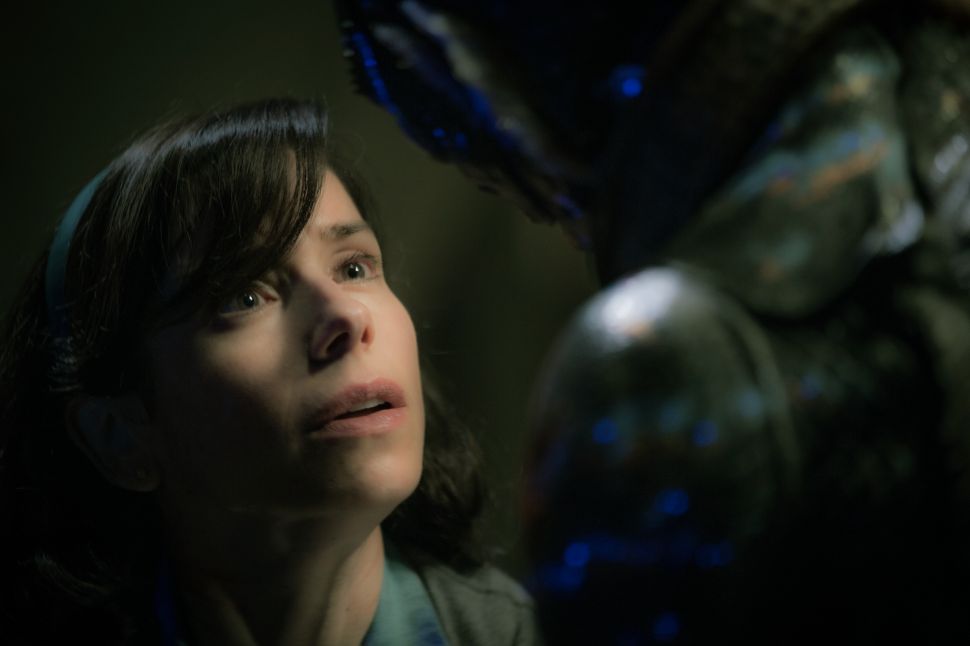