What does the term “single-payer” even mean? It’s Inside the Beltway jargon to describe a government monopoly over health care.

How can it be good for anyone to give the government control over health care? Doctors and hospitals can only be paid what the single-payer, government monopoly decides they should be paid. There would be no one else a doctor or hospital could turn to for the finances to maintain a first-rate health care facility.

If the single-payer decides that seniors over a certain age should not get hip replacements, no one will be paying for, or providing, hip replacements for those seniors. Ditto that for cancer treatments. Or heart surgery. Or health care for premature newborns. America is legendary for the health care it provides to save the lives of newborns. But under Bernie Sanders’s single payer plan, the government would have the power to cut that off.

America already has examples of single-payer health care systems. One is the Veterans Administration (VA), which is, of course, notorious for not providing veterans the health care they need. Veterans all too often die waiting for health care from the VA.

Another is Medicaid, which despite spending hundreds of billions in taxpayer funds each year, does not pay the doctors and hospitals enough to assure the poor dependent on the program essential health care when they need it. One boy from a poor family in Maryland died from a toothache, because the infection spread to his brain before his mother could find a dentist who took Medicaid.

Along Americas northern border, health care facilities regularly serve sick Canadians fleeing their country to save their lives. Indeed, Obamacare has its own death panel empowered to deny health care, the so-called Independent Payment Advisory Board (IPAB), which deserves its own column. That has not yet caused a revolution because the board has not yet gone into effect.

Bottom line, single-payer is only good for the government—which gains massive power and control over doctors, hospitals, and consumers as a result, dictating what health care doctors and hospitals can provide, and what health care consumers can get. It is a testament to how out of touch Democrats have become to think that would appeal to the American people.

Yet, this reflection on the thinking of Bernie Sanders is sweeping the Democratic Party right now. He is leading the entire party into what Ronald Reagan called the dustbin of history with his overt soft Socialism. If instituted, it would take America even further down the path to a third world country, which is the fundamental transformation of America that Obama started.

That is because the emerging soft socialism of the Democrats, Sanders and Obama is anti-growth. This is why America has been stuck in long term stagnation under Obama’s policies, and why the outsider Donald Trump was elected president over Hillary Clinton, who was promising still more of the same.

Peter Ferrara is a Senior Fellow at the Heartland Institute, and a Senior Policy Adviser to the National Tax Limitation Foundation. He served in the White House Office of Policy Development under President Reagan, and as Associate Deputy Attorney General of the United States under President George H.W. Bush. 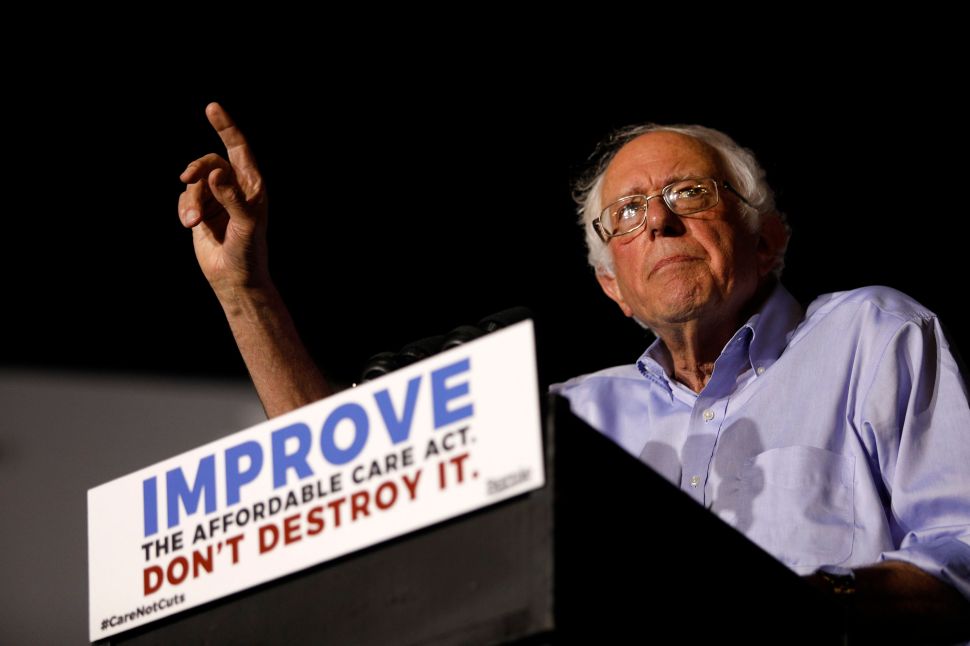