Women need more sleep than men. I was overjoyed to learn this last year when I read the results of a Loughborough University’s Sleep Research Center study last year. And as to why women need more sleep? Their brains demand it. As the New York Post and other outlets reported a the time, Professor Jim Horne, the director of the Sleep Research Center said the study found that “Women’s brains are wired differently . . . so their sleep need will be slightly greater.” He also noted, “Women tend to multi-task—they do lots at once and are flexible—and so they use more of their actual brain than men do.”

The study surfaced again this year in a blog post by Fatherly, noting that the higher sleep requirement may be linked to higher cognitive loads, not the possession of two X-chromosomes.

Why women are using more of their brains? Blame multitasking, which literally requires more energy for your brain to operate in that way. But here’s the thing—multitasking isn’t necessarily a sex-linked trait. It could have more to do with how people have learned how to solve problems based on societal and cultural factors. So the fact that western women need more sleep may, in fact, be linked to the realities of most western women’s lives: women do “a disproportionate number of time-sensitive domestic tasks,” as the Wall Street Journal put it, leading to an extra ten hours of multitasking per week compared to the men in their households.

This raises the question: If the domestic division of labor were more equitable, both in terms of time and cognitive labor, would women still need more sleep? It’s a question that is illuminating the sleep research that examines how wider societal factors affect our forty—or thirty, or twenty—winks.

So what? America is sleep deprived. As Maria Konnikova reported in the New York Times:

Some 80 percent of working adults suffer to some extent from sleep deprivation. According to the National Sleep Foundation, adults should sleep seven to nine hours. On average, we’re getting one to two hours less sleep a night than we did 50 to 100 years ago and 38 minutes less on weeknights than we did as little as 10 years ago.

And some people are more underslept than others. A 2016 Centers for Disease Control and Prevention study found that sleep rates correlate to race and ethnicity. As NPR reported on the study:

Nobody sleeps better than white people, according to the CDC report; 54 percent of non-Hispanic blacks get sufficient sleep, about 12 percent fewer than whites. “What is likely going on is probably explained by demographic composition,” Hale says. “Densely populated neighborhoods might have more noise and light. African-Americans compared to whites are more likely to live in those neighborhoods.”

On top of that, Hale says there are a lot of stressors that nonwhite communities disproportionately feel that can influence sleep. “There are concerns about racism, not being able to feed one’s family, relatives being incarcerated,” she says. “One needs to feel safe. If you don’t have that internal feeling of security whether financial, physical or emotional, it will be harder to fall asleep.”

There’s an economic component to sleep deprivation—and it’s not just “rich tech bros in startups are trying to biohack this brain waves!” nonsense. Low-income workers—i.e. people in America’s lowest income quintile—are far more likely to get scant sleep. In fact, if you live in a household making $30,000 a year or less, you have nearly a 50 pecent chance of getting fewer than six hours of sleep per night.

In sleep, as in so many other areas of American life, you are more likely to get the short end of the stick if you are not well-off, white or male.

Who cares? It’d be nice if public health officials cared because sleep deprivation impairs your ability to function normally about as much as drinking to inebriation. Sleep deprivation is a cause of several deleterious health effects (weight gain, the stress hormone cortisol rises, the immune system takes a hit, insulin sensitivity decreases, meaning you’re more vulnerable to Type II diabetes) and it leads to increases in risk-taking behavior, impulsiveness and drug relapses. An emerging body of research shows that sleep loss causes a buildup of the types of proteins that the glymphatic system normally clears out during regular sleep, like beta-amyloids, and these proteins are linked to the acceleration of neurodegenerative diseases like Alzheimer’s and Parkinson’s.

The health costs associated with our society-wide sleep shortage are piling up. And so are the financial ones for the working class.

But really, the people who will likely end up caring are corporate types focused on squeezing maximal productivity out of their workers. It’s well established that sleep is necessary for cognitive function; sleep is vital for information retention and memory consolidation, i.e. remembering things you’ve presumably learned or experienced in a day. But there’s more. As reported in Forbes, “A study in Sleep, the journal of the American Sleep Disorders Association, found  significant declines on “divergent” thinking, a category of mostly creative brain functions.” Forbes also noted that “researchers at the Center for Sleep and Circadian Neurobiology at the University of Pennsylvania found that going without enough sleep can kill brain cells and lead to permanent damage to neurons associated with alertness.”

If fatigue makes you less creative, less able to retain information, less reactive in absorbing new information and less prodcutive—how it is blunting the potential of the workforce in an information-age economy, where being able to find new ways to analyze and deploy data is the backbone of multiple industries?

(In a nice bit of situational irony, I’m writing all this up on very little sleep—I had to start working three hours early today to cover a tech event where much was made of the power of creative thinking and people using technology to solve problems.)

It’s sort of amazing that right now, there’s an entire workaholic subculture devoted to optimizing the productivity of your brain through fasting. Where is the start-up touting the cognitive superiority of a well-rested workforce? I’d love to see someone tackle the challenge of disrupting a culture that valorizes sleep deprivation. 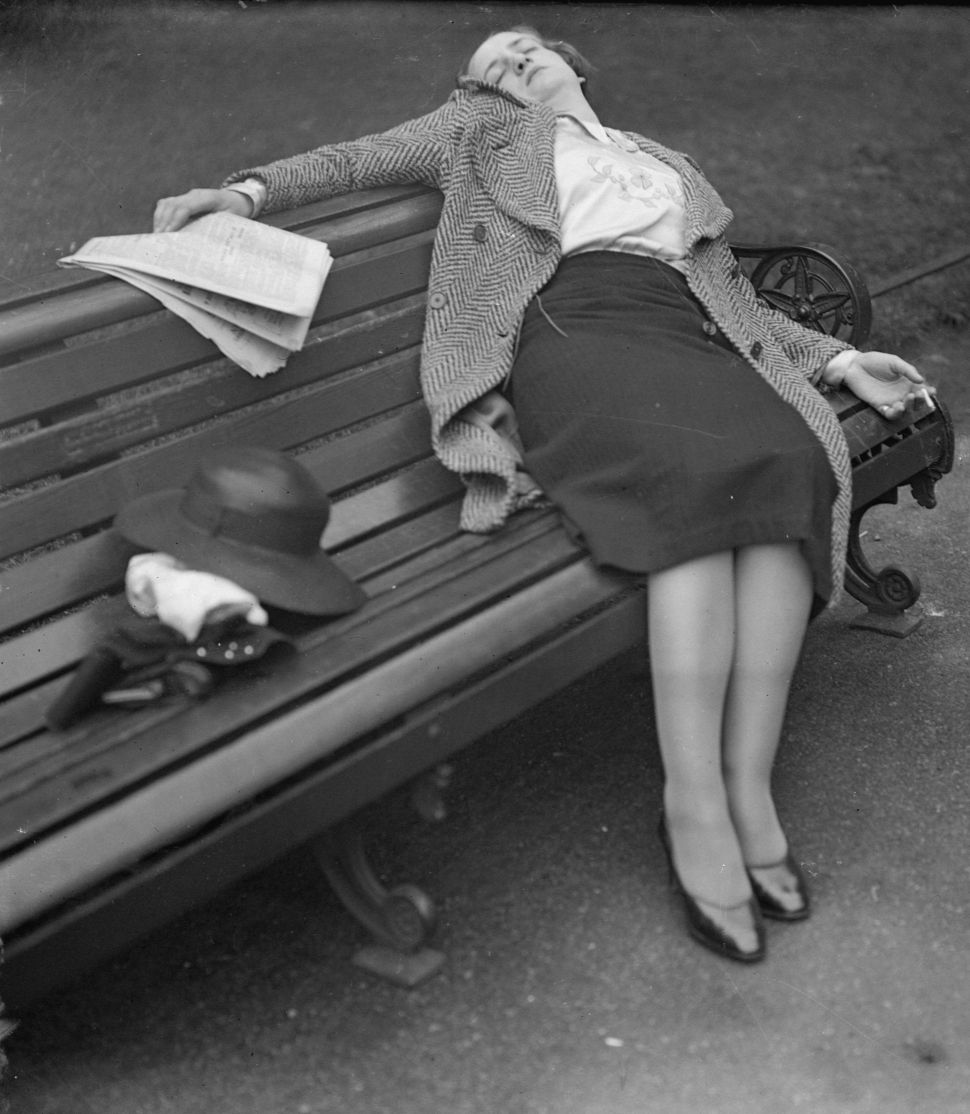