With all of the excitement over Kylie Jenner’s alleged pregnancy and Kendall Jenner’s turn as a music video star, some KUWTK fans have lost sight of Kourtney Kardashian’s baby daddy, Scott Disick. The former romance novel cover star has been canoodling with teen queen Sofia Richie as of late.

Despite the age difference—Richie is 19 and Disick is a 34-year-old father of three—the pair took to Instagram to share a passionate video from their Miami vacation. Because what is social media for, if not for showing off a makeout session with your much younger lover? Disick’s ex, Kardashian, also uses her Instagram to showcase her relationship with Younes Bendjima, who’s 23. There’s also an entangled plot line here, as Kardashian was once linked to Justin Bieber, who previously dated Richie, while the Jenner sisters and Richie used to be close pals.

But this isn’t Disick and Richie’s first romantic vacation. In May, they were spotted on a yacht during the Cannes Film Festival. They’ve since jetted to Las Vegas and Malibu, even though Richie cannot legally drink yet. Before they coupled up, Disick was rumored to have dated Bella Thorne (19) and before that, Richie’s former friend, Chloe Bartoli (a more respectable 27).

Over the weekend, Richie and Disick were spotted at Miami restaurant Seaspice, where they canoodled in front of a cake and confirmed their relationship on Instagram. The restaurant has all the trappings of an social media hot spot, including waterfront views (you can actually park your yacht there), a swing with a neon backdrop and enormous trays of seafood, once you’re done partying.

Scott and Sofia Richie are official. She says Scott is a great guy and devoted father, who is always striving to be successful in life. I'm guessing she doesn't watch KUWTK.

If you’re hoping to have your own KUWTK/Simple Life 2 experience next time in you’re Miami, Seaspice is the spot. Simply order champagne, rum cocktails, truffle pizza, crab legs and octopus at the waterfront restaurant with club vibes, just like the happy couple. But if you ask for a cake, make sure to check the spelling. Unfortunately, their dessert read “Congratulations Scott & Sophia,” misspelling the teen’s name.

It’s unclear what the congratulations were for. Perhaps they’re pregnant, just like Kylie Jenner and Travis Scott? Or maybe they’re going to have a reality show of their own soon. 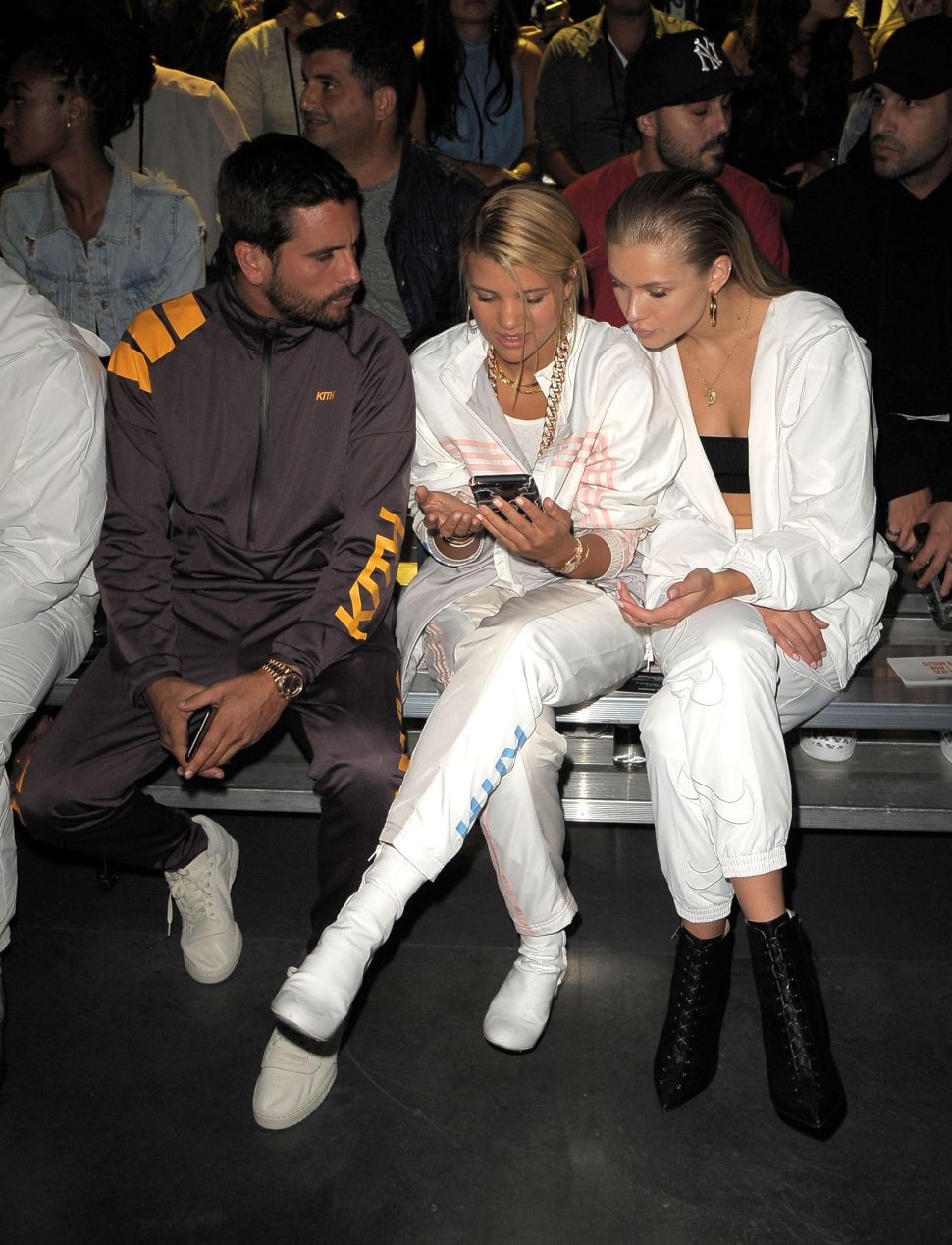