This is why we can’t have nice things.

Sony is reportedly developing a Men in Black spinoff from Iron Man writers Matt Holloway and Art Marcum. According to THR, the movie will follow new characters and not Agent K (Tommy Lee Jones) and Agent J (Will Smith) from the first three films. (Sighs like a disappointed parent).

Despite the complete lack of demand for such a project, the spinoff does have solid writers in Holloway and Marcum and the outlet notes that none other than Steven Spielberg is set to produce (after executive producing the original trilogy). Still, do we really need more Men in Black content? Sci-fi will always be a blockbuster friendly genre and reboots/spinoffs are popular creative strategies in Hollywood these days, but this doesn’t inspire much excitement.

It’s easy to see why Sony is interested in the brand name property, however. The original trilogy earned more than $1.5 billion worldwide, per Box Office Mojo. and it’s not as if Sony is flush with profitable franchises these days. The studio is always trying to get a Charlie’s Angels reboot off the ground to bring in more IP dollars. Bringing back Men in Black fits into that repetitive cash flow business model.

The studio is pushing the spinoff hard, already setting a May 17, 2019 release date (good luck with that). As of now, it would face off against Lionsgate’s John Wick: Chapter 3. 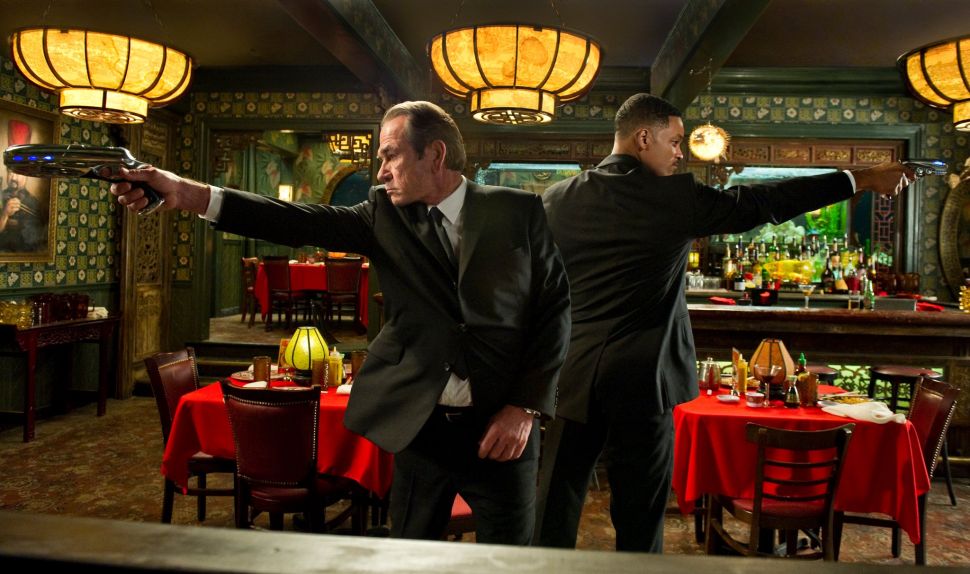