CBS is bringing Star Trek back to the small screen tonight with the series premiere of Star Trek: Discovery. Unfortunately, only the pilot episode will be airing on traditional broadcast. After tonight, you’ll have to head over to the network’s streaming platform every week.

Admittedly, we were much more interested in this show when Bryan Fuller (Hannibal) was attached to it. Fuller’s vision sounded delightfully weird and entertaining. Still, we’re happy to have Trek back in any way we can get it. As a franchise, you don’t stick around for 50 years if you suck.

If you’re interested in checking out the series premiere of Star Trek: Discovery, we got you covered with all the ways you can live-stream the episode.

The premiere season of Star Trek: Discovery will include 15 total episodes. The first eight episodes will run until November 5 with the second half premiering sometime in January. The first four episode titles are “The Vulcan Hello,” “Battle at the Binary Stars,” “Context Is for Kings” and “The Butcher’s Knife Cares Not for the Lamb’s Cry.”

The easiest way you can watch the series premiere of Star Trek: Discovery is on CBS stations in the U.S. Just plop yourself on the couch and turn on your TV, it’s that simple. But, if you don’t have cable, you’ll have to look into CBS All Access.

CBS All Access costs $5.99 per month for a plan that includes commercials. If you want to skip the ads (and, let’s be real, you do), you the commercial-free version costs $9.99 a month. Luckily, the network gives new subscribers week-long free trial. Annual plans are available for $59.99 with limited commercials and $99.99 for the ad-free service.

How to Live-Stream Star Trek: Discovery Premiere on Mobile

Let’s say you’re trying to catch the new space adventure on the run and need to watch via your smartphone or tablet, CBS still has some options for you. You can catch the pilot episode of Star Trek: Discovery via the CBS app for iOS, Android, Windows 10 or Amazon devices.

Remember, after Sunday, all subsequent Discovery episodes will air exclusively on CBS All Access. 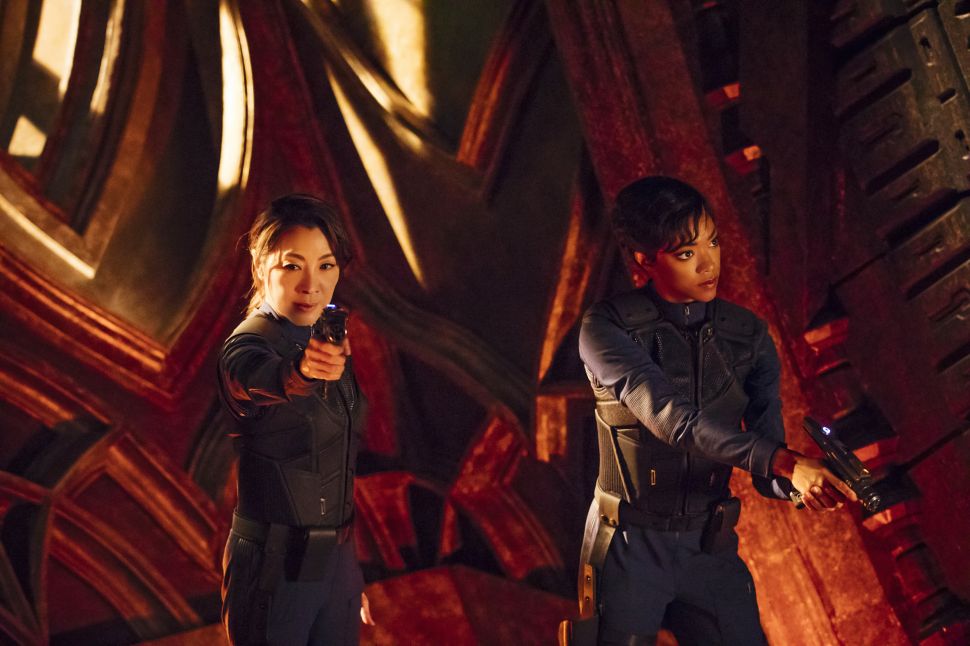