Though the original Star Wars trilogy is practically a sacred text in pop culture, it would be fair to say that the galaxy far, far away was lacking in diversity despite its varied alien species. But ever since Disney purchased Lucasfilm in 2012, it has been trying to represent a broader swath of humanity in its intergalactic stories, and not just on the big screen either.

When the Mouse House scooped up Lucasfilm, it announced that 30-plus years years of Expanded Universe content (books, comics, etc.) would no longer be considered canon and that it would be producing its own line of complimentary stories to help fill in the blanks. One of those stories is the upcoming YA novel Leia: Princess of Alderaan by Claudia Gray, which takes place before A New Hope and introduces Laura Dern’s character, who will be featured in December’s The Last Jedi. Dern’s character, Amilyn Holdo, was apparently a good friend of a young Leia Organa’s and a conversation between the two suggests she may have been bisexual. Hat tip to ScreenRant for first reporting the exchange.

“A pair of pretty dark eyes.” Then Amilyn thought about that for a moment. “Or more than a pair, if you’re into Grans. Or Aqualish, or Talz. Or even – ”

“That’s all right! Leia said through laughter. “It’s just humanoid males for me.”

“Really? That feels so limiting.”

Back in early 2016, The Force Awakens director J.J. Abrams promised that an LGBTQA would appear in the new Star Wars trilogy. Perhaps Dern’s Amilyn Holdo is the first to fulfill that promise. Obviously, her brief conversation with Leia doesn’t confirm this one way or the other, but it does seem to at least hint at the possibility. Regardless, Dern has earned our undying love for being such a badass in Jurassic Park.

We’ll see if Star Wars: The Last Jedi follows up on this thread when it hits theaters on December 15. 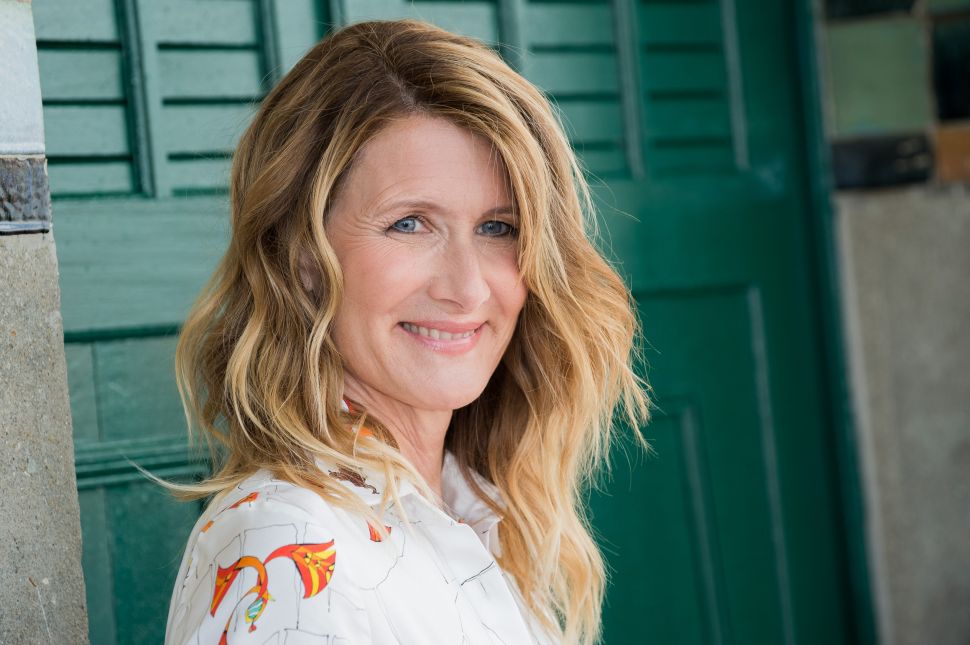