Britain voted to leave the European Union in June 2016, but when and if the country will walk away from Brussels is looking more confused than ever. Prime Minister Theresa May told an audience in Italy that Britain will now seek a two-year transition deal, whereby it will remain under EU law until 2021.

The UK will also offer to pay its membership fees until the end of the seven-year budget cycle in 2020. This is despite the “leave” rules laid out in the Lisbon Treaty that make clear countries have no obligations.

This is a less generous financial offer than the EU wants, but it still means Britain paying its full membership fees after the country officially leaves the union. The BBC suggested the amount would be “at least” $20 billion.

Mrs. May has set British leave voters on a dangerous road. This transition makes it easier for the government to wriggle out of Brexit, arguing nothing will change either way in 2019 in terms of the laws governing the country. Also, the UK will not save any money in the short-term by leaving.

It’s clear the prime minister is committed to leaving the EU, but she is head of a weak and unstable coalition. She lost her majority in Parliament in the disastrous 2017 election, and her leadership could end at any time.

What then happens if she is replaced by a pro-European Conservative? Or worse still, what if the government falls altogether and there is an election?

The answer to both is that Britain could end up like Norway, which has voted not to be in the EU but is a de facto member. Oslo has agreed to allow the EU to pass laws affecting the country, but in order to “not be in the EU,” it has not formally joined the bloc and has no political representation in Brussels.

This danger becomes even greater because the Labour Party is dominated by people who would ignore the referendum if they could. Their policy is to stay in both the Single Market and the Customs Union, for now and perhaps forever.

Countries in both the Single Market and the Customs Union are subject to EU laws and cannot open up to free trade with the rest of the world. In short, they remain in the EU by the back door.

Remainers on social media point out the next UK election is scheduled for June 2022. But the two-year transition is only a suggestion—it could be longer. There is no guarantee that the UK will cease to be under EU law by the time of this election.

Also, Labour would probably win an election if it were held today, and that election would take place if the tiny Democratic Unionist Party of Northern Ireland withdraws support for this coalition. The Conservatives would have no power to stop the election if the DUP were belligerent enough to refuse to support an alternative prime minister—and the DUP can be belligerent.

Theresa May said she wanted to “break the deadlock” over Brexit, but there is no reason to: The UK imports twice as much from the EU as it exports. No deal would be a huge boost to the British balance of payments and would save the taxpayers billions.

The prime minister should be getting tough with Brussels rather than kicking this into a patch of long grass filled with quicksand. 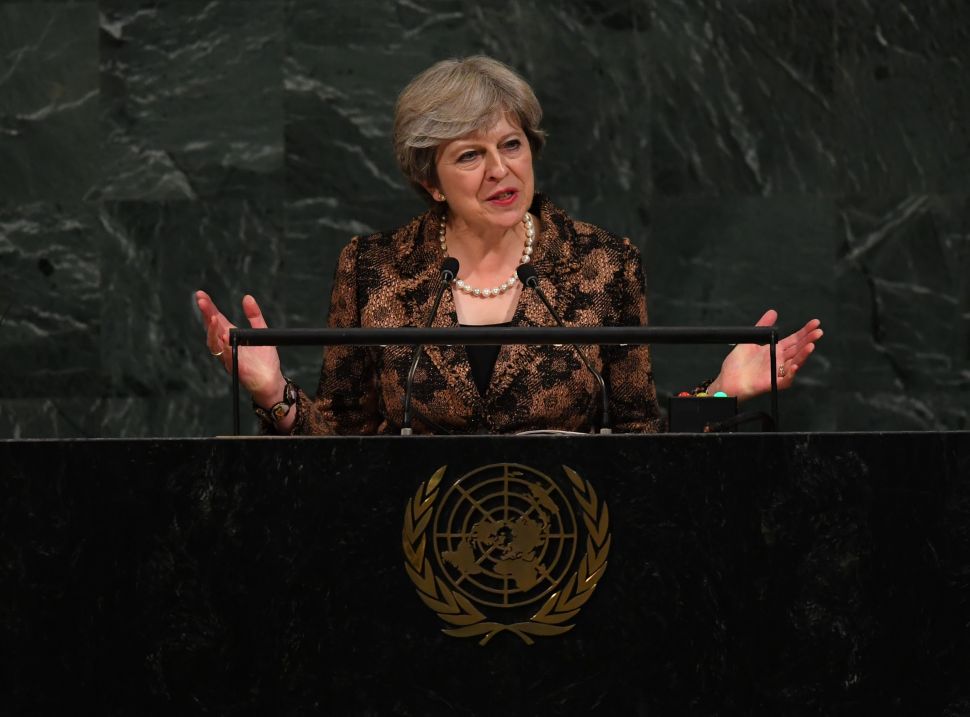