NBC’s This Is Us returned for its second season last night in typical tear-inducing fashion. If you haven’t yet watched the episode (and replaced your Kleenex with a fresh batch) we suggest you do so before reading this. Like Jack’s inevitable tragic fate, spoilers are ahead.

Are they gone? Good.

In our opinion, This Is Us—whose cast just got some serious bonuses—is at its best when its focus lies with Randall (Sterling K. Brown) and in the flashbacks to Jack (Milo Ventimiglia) and Rebecca (Mandy Moore). Tuesday night’s solid season premiere gave us both, with Randall and wife Beth (Susan Kelechi Watson) adjusting their perfectly imperfect adoption plans and Jack and Rebecca coming together after last season’s fallout. It was the latter pair that provided audiences with the biggest talking point of the episode.

The premiere concluded with Jack revealing his ongoing struggles with alcohol to Rebecca. Shortly after, the show jumped slightly ahead to a numb Rebecca driving up to the remains of their burned-out house. Is this how Jack met his untimely death or just another twist in the mystery? Moore wouldn’t say for sure, but she did tease what’s to come while speaking to TheWrap.

“It’s pretty unbelievably tragic,” Moore said of Jack’s eventual death. “I think it will be answered sooner rather than later.”

Hopefully, it’s sooner. While Jack’s death is a good mystery that hooks in audiences (of course we’re dying to know what happened), it’s also not overly important in the grand scheme of things. We know Kate feels particularly guilty and that has been effectively conveyed and woven into her character without knowledge of the how. The actual manner of Jack’s death doesn’t really change any of the development we’ve seen from anyone. Instead, the longer it goes, the more of a distraction it becomes as fans are further pulled out of the main goings-on. There’s more than enough story at hand to chew already, such as Rebecca’s current love life.

Ever since it was revealed that Jack had passed away and the present-day Rebecca was with his best friend Miguel (Jon Huertas), fans have kept his character at arms length. It’s an observation Moore points out creator and showrunner Dan Fogelman is well aware of.

“Dan said that the biggest challenge they have is getting people to fall in love with Miguel and accept their relationship,” Moore said. “I don’t know if that will be this season, or if that will be explored next season.”

Whatever the case may be, Moore believes their connection came about appropriately.

“I’ve had my own theory, and I’ve obviously had to operate from a place of knowing, and it may be drastically different from what Dan has in mind, but I don’t think so,” Moore explained. “I’m playing it as there was certainly nothing nefarious going on: They didn’t get together while Jack was alive, and there was no cheating. None of that. No one stole anyone.” 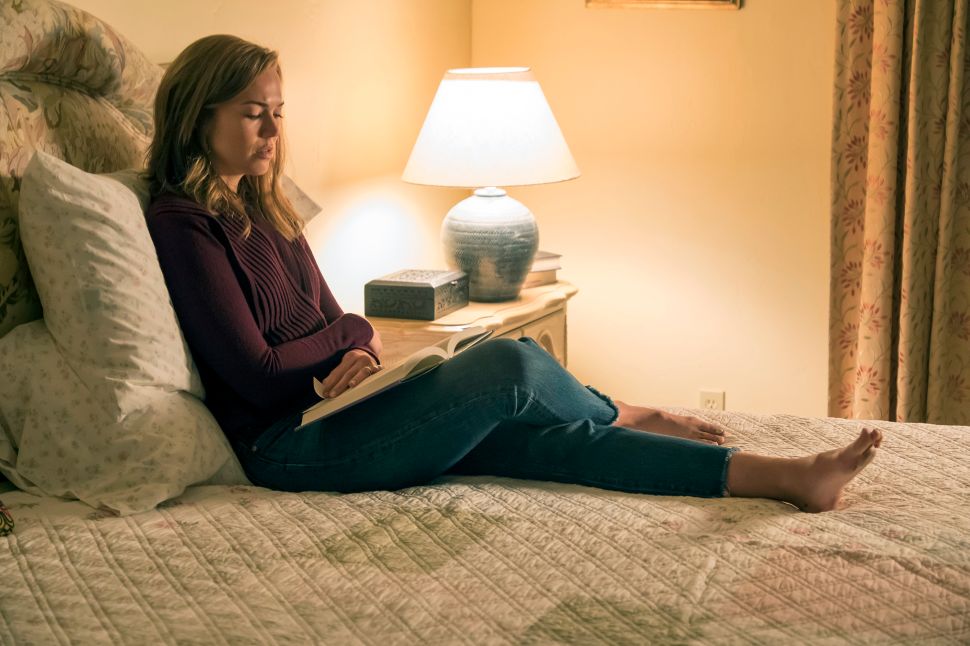