For the next 10 days, Romania’s capital will be abuzz with four major energy and security conferences that include a conclave on Special Forces hosted by Romania’s very able chief of defense, Army General Nick Ciuca. While Romania is not a household word in the United States, this country, which has a population of about 22 million and is nestled in the southeastern most corner of Europe with a coastline on the Black Sea, has been one of America’s staunchest allies. Her soldiers have shed blood in Afghanistan and Iraq.

Romania has agreed to stationing U.S. anti-ballistic missiles on its territory—despite huge pressure from Russia not to do so. Last month, the country participated in NATO’s Sabre Guardian exercise, which was held inside the country. Romania is meeting the NATO threshold of spending at least 2 percent of GDP on defense and has promised to devote 40 percent of its budget to procurement of equipment for its forces. Romanian Secretary of Defense Mihai Fifor and Chief of Defense General Ciuca had very positive meetings last week in Washington with Secretary of Defense Jim Mattis and Joint Chief General Joseph Dunford. As far as allies are concerned, Romania is a textbook example of supporting NATO and the U.S.

That said, there is far more that the U.S. and NATO can and must do for Romania and the Black Sea region. Because of Russia’s Zapad 17 exercise and the stationing of four NATO member battle groups in the Baltic states, as well as a rotating Brigade Combat Team in Poland, attention understandably has been focused on northern and not southern Europe. But, the Black Sea region is far from secure.

Russia’s intervention into Ukraine and annexation of Crimea in 2014 changed the post-Cold War dynamics. Russia continues to fortify the Black Sea and its fleet especially with capable Kilo-class diesel submarines. Turkey is certainly leaning east. Its declared intent to purchase Russian S-400 anti-air missiles and its release of U.S. and not Russian aircraft that might be vulnerable to these systems is not conducive to alliance coherence, although as a similar deal with China failed, so too might this one.

The strategic response for the U.S. and NATO should be straightforward. Both should declare a strategic pivot to the Black Sea. And that pivot should be followed by specific actions to demonstrate intent. Why?

The answers are clear. Despite sanctions, Russia has had a generally free ride in Ukraine. It has had a freer ride in taking “active measures” that include intimidation, interference in local politics, propaganda, and aggressive use of cyber and other means to fragment and break NATO coherence. Unfortunately, while NATO has responded with modest increases in defense spending, deploying more troops into NATO Europe, employing more rigorous training exercises, and creating various high readiness response and joint task forces that can reinforce the alliance quickly, the response to “active measures” has so far been a lower priority.

By enhancing the strategic value of the Black Sea, NATO will send a signal to Russia that free rides are over. It can use this pivot to address new strategies such as “porcupine defense” designed to blunt and badly bloody any potential Russian military incursion either with its uniformed forces or so-called “little green men” uncluttered by insignia denoting nationality. Such a defense would rely heavily on a super abundance of anti-air (fighter and helicopter) missiles, anti-tank and anti-vehicle weapons, massive numbers of drones including “kamikazes” that would fly directly into enemy targets, elaborate information and electronic warfare, and local stay behind partisan forces. Combined, these would take on the means for closing the strategic black hole in failing to counter “active measures,” also known as asymmetric or hybrid war.

In other words, the Black Sea region could become a petri dish of military experimentation that would cause Moscow serious concern by circumventing its current military strategy and force posture. This would also apply to the Black Sea. As Kaliningrad in the Baltic is seen as a formidable Russian armed fortress, Constanta, one of Romania’s Black Sea ports likewise could ultimately be turned into a military buzz saw vis a vis Russia.

Further, more NATO military forces, especially aircraft, could be rotated through Romania on a constant basis. And stationing a company of U.S. Marines and other naval forces, including large numbers of anti-ship missiles and anti-submarine weapons on the Black Sea littoral would send a message to Moscow about NATO’s seriousness in being able to bottle up Russia inside and not outside those waters.

A strategic pivot to the Black Sea is a vital political priority. Let us implore NATO’s leadership to give this serious attention and act accordingly.

What Happened: The Strange Convergence of Hillary Clinton and Vietnam

How Would the Trump Administration Have Dealt With the Iran-Contra Affair?

Fasten Your Seat Belt: September Turbulence Set to Rock US 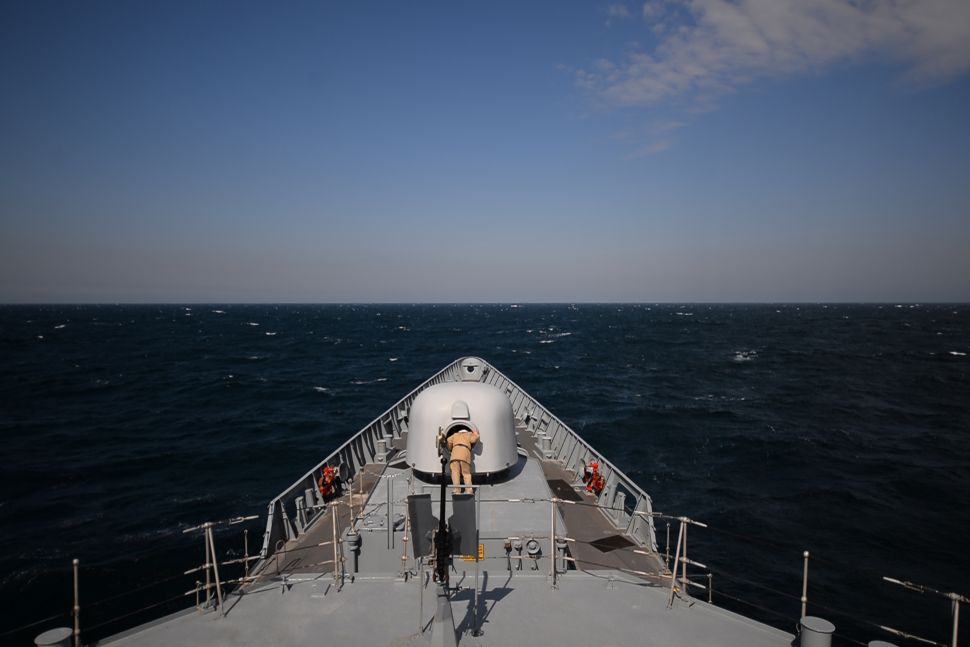