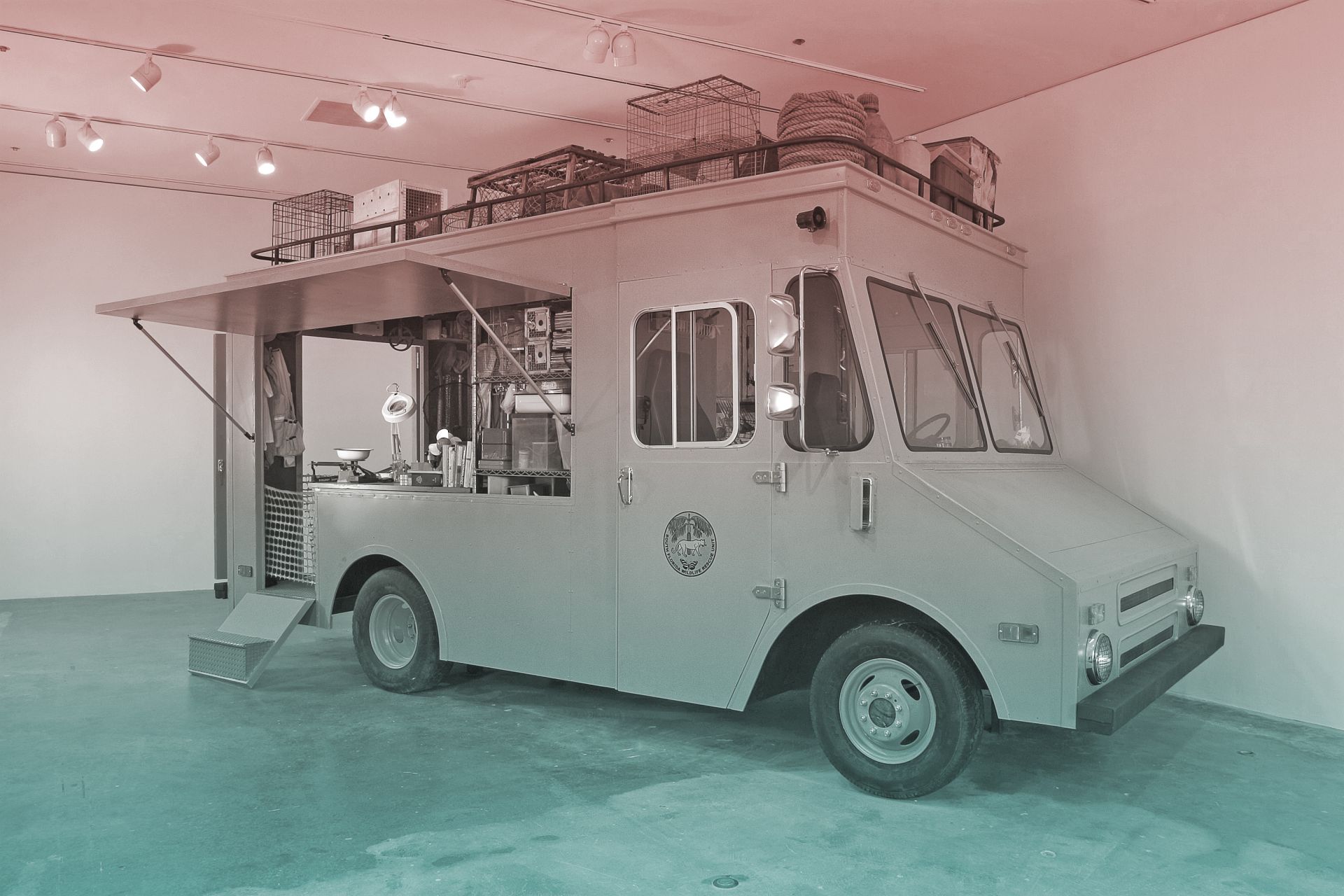 Here's all the art you need to see this fall.
Tim McAfee 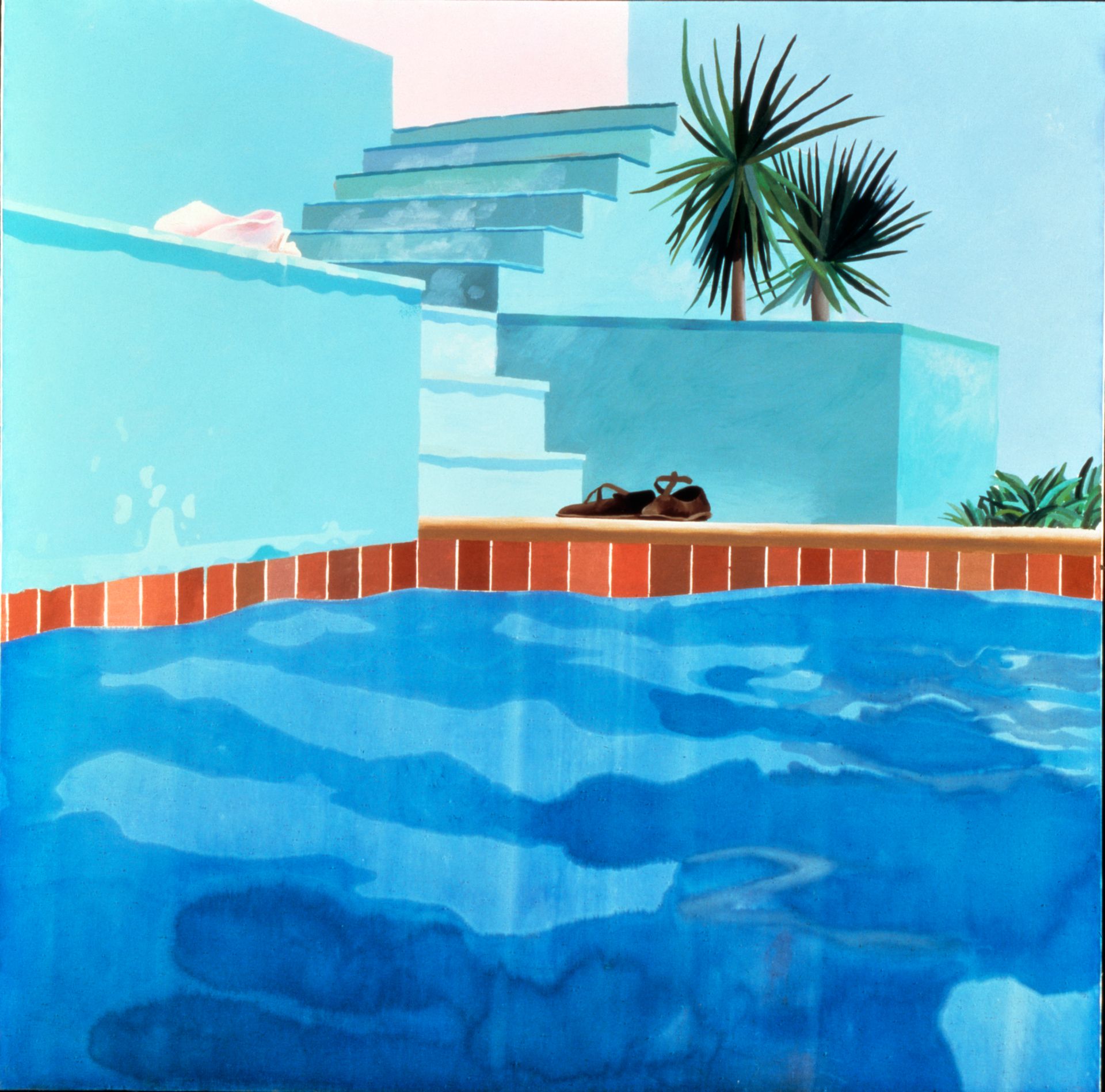 Completing the list of New York’s big-ticket fall retrospectives this year is the Met’s presentation of “David Hockney,” a traveling blockbuster exhibition that looks back at the British artist’s prolific career. Organized in collaboration with the Centre Pompidou and Tate Britain (where it first opened back in February, and became the fastest selling show in the museum’s history) and timed with the artist’s 80th birthday, the exhibition surveys Hockney’s colorful paintings, drawings, photocollages, and videos, from the pop art heyday of the 1960s until today. Yes, Hockney still paints everyday, and the show will include works created as recently as this year. Hockney’s blithe pictures of California poolsides and stately portraits of friends will be a big hit among the Met’s tourist crowd, but the exhibition also aims to reward more serious art lovers, with special attention to his lesser-known works, his formal experiments and the queer themes that coarse throughout his entire output. 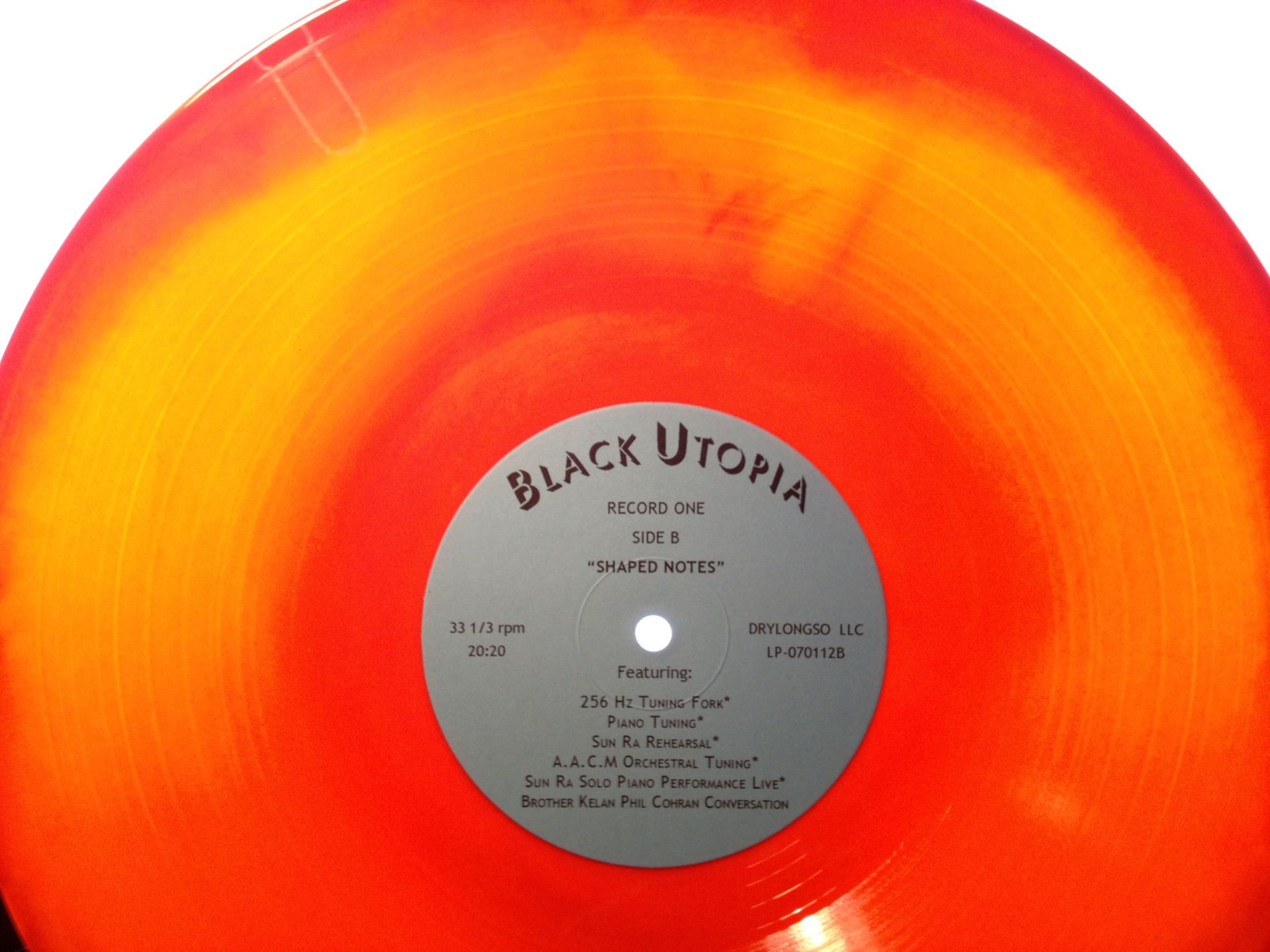 Inspired in part by the 1967 Detroit Rebellion (a series of race riots that followed the police raid of a local bar), “Music as Resistance” taps into the city’s rich history of using music as a form of social and political protest. Bringing together a large collection of artists old and contemporary, as well as musicians and local labels, the exhibition will explore—through posters, record covers, magazines, photographs, audio, and video—the ways in which the tumultuous events of the sixties parallel the unresolved racial tensions today. 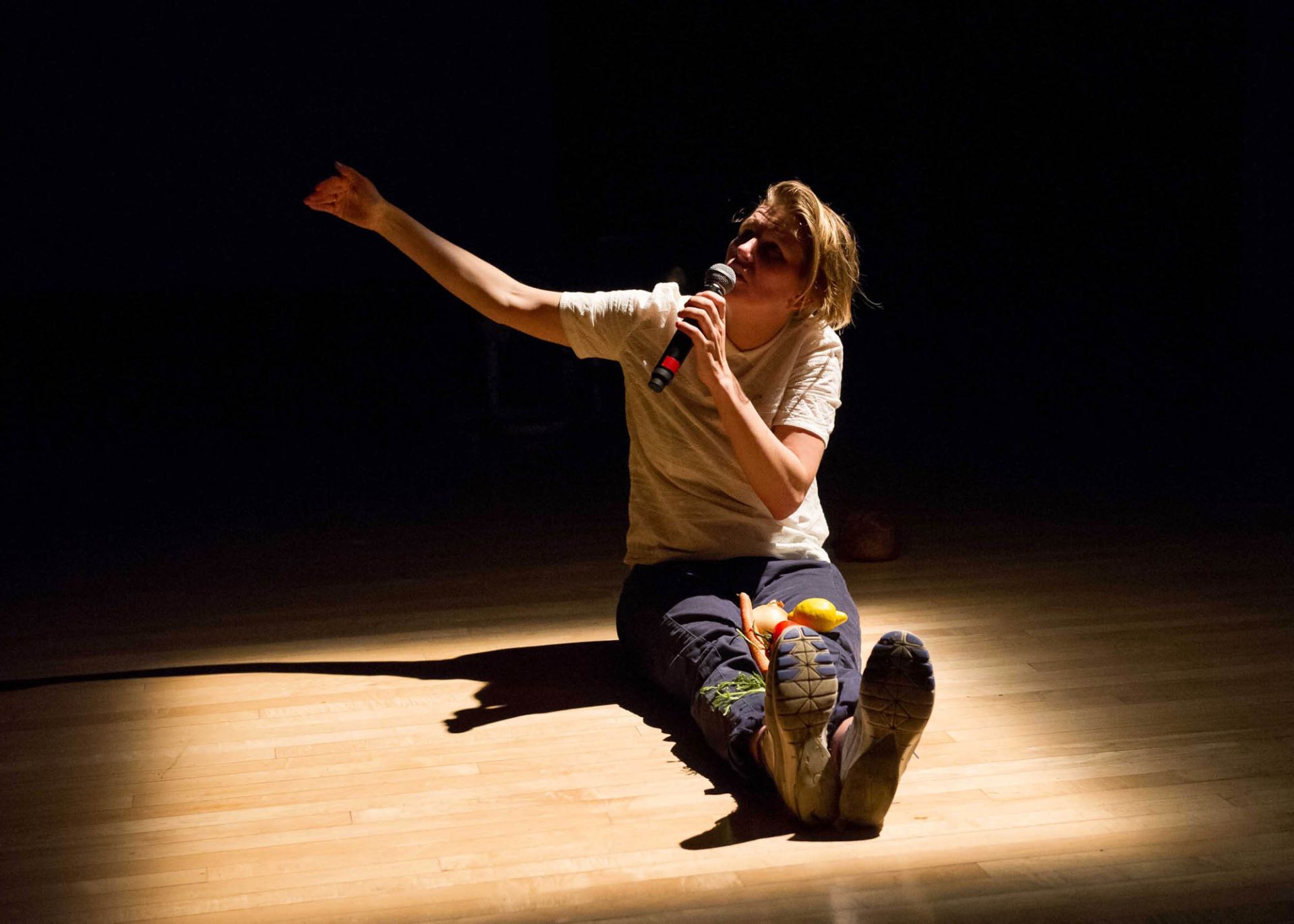 "Laure Prouvost: They Are Waiting for You" at the Walker Art Center October 12, 2017 through February 11, 2018
Minneapolis/St. Paul

French artist Laure Prouvost brings one of her immersive multi-media installations to the Walker this fall. Part video, part interactive sculpture, part sound piece, Prouvost will turn the museum’s Medtronic Gallery into a multi-sensory experience that targets participants' states of consciousness. As you walk in, recordings of the artist’s own voice will directly whisper to you, asking you to question what is real and what is merely a construct of language and meaning as we understand it. Prouvost will also stage a similar theatrical performance during the run of the show. 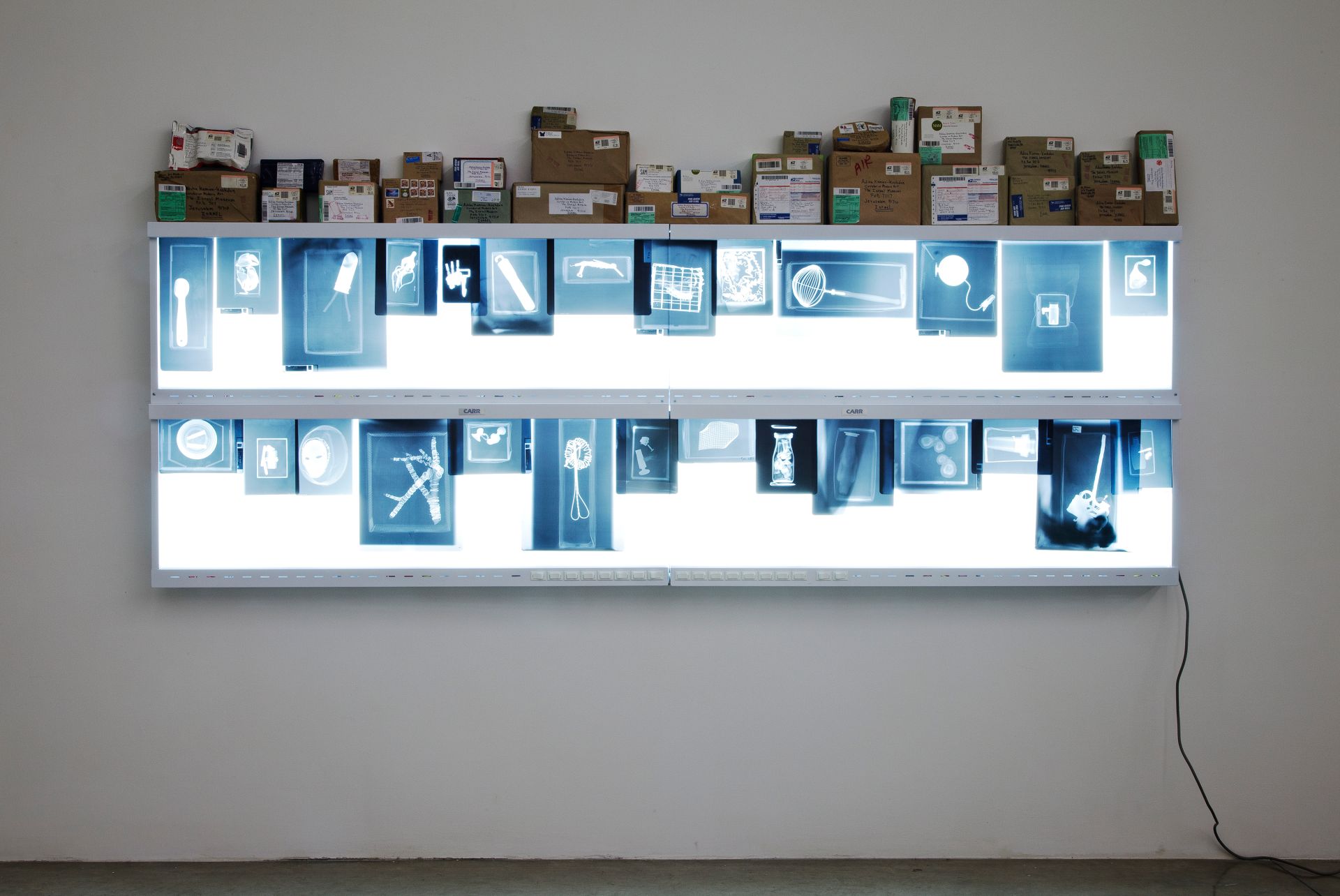 "Mark Dion: Misadventures of a 21st-Century Naturalist" at the Institute of Contemporary Arts Boston

The ICA in Boston will present the efforts of another obsessive collector this fall: Mark Dion. However, Dion isn’t as interested in collecting himself as he is at examining what we collect and how we collect it. His approach, on full display in “Misadventures of a 21st-Century Naturalist,” is equal parts art and anthropology. For 25 years now, Dion has traveled around the world, gathering such things as plant samples, animal bones, old pieces of wallpaper, debris from buildings, and so on. When presented all together, his work looks at the ways in which we use artifacts to shape—or distort—history. Ultimately, it’s a question of power, as well as a subtle institutional critique: Who gets to depict the past? And why? 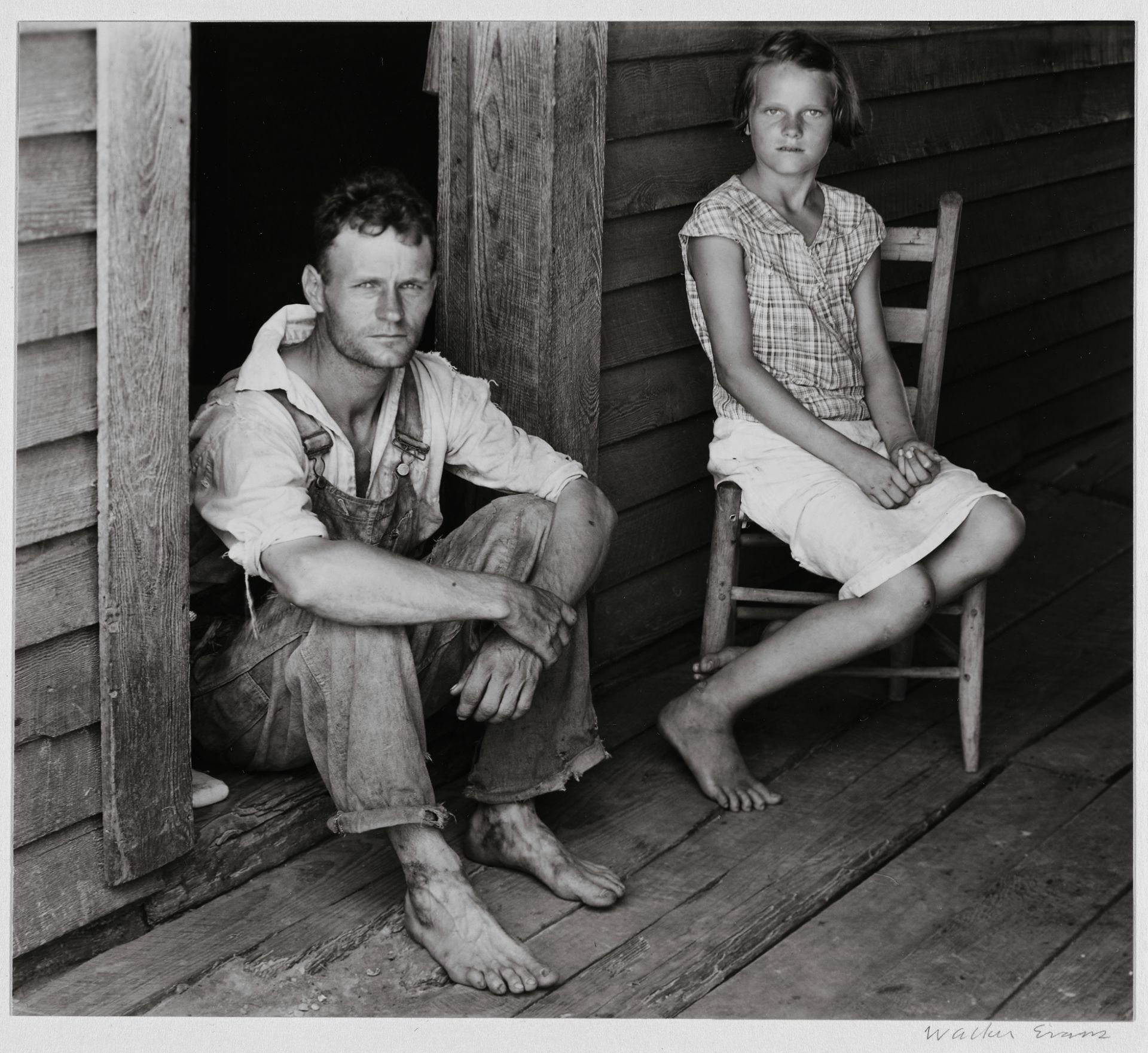 While this might not be the first retrospective of Walker Evans' storied 50-plus year career, it’s by far the largest and most expansive. Developed in collaboration with Paris’s Centre Pompidou (where the exhibition first opened this spring, before traveling stateside) SFMoMA’s version of the exhibition brings together more than 300 of the artist’s prints, including many that have never been shown in public, as well as a selection of artifacts from Evan’s own archives, including personal documents, ephemera from his travels, and many other objects that depict his tireless desire to capture American life. 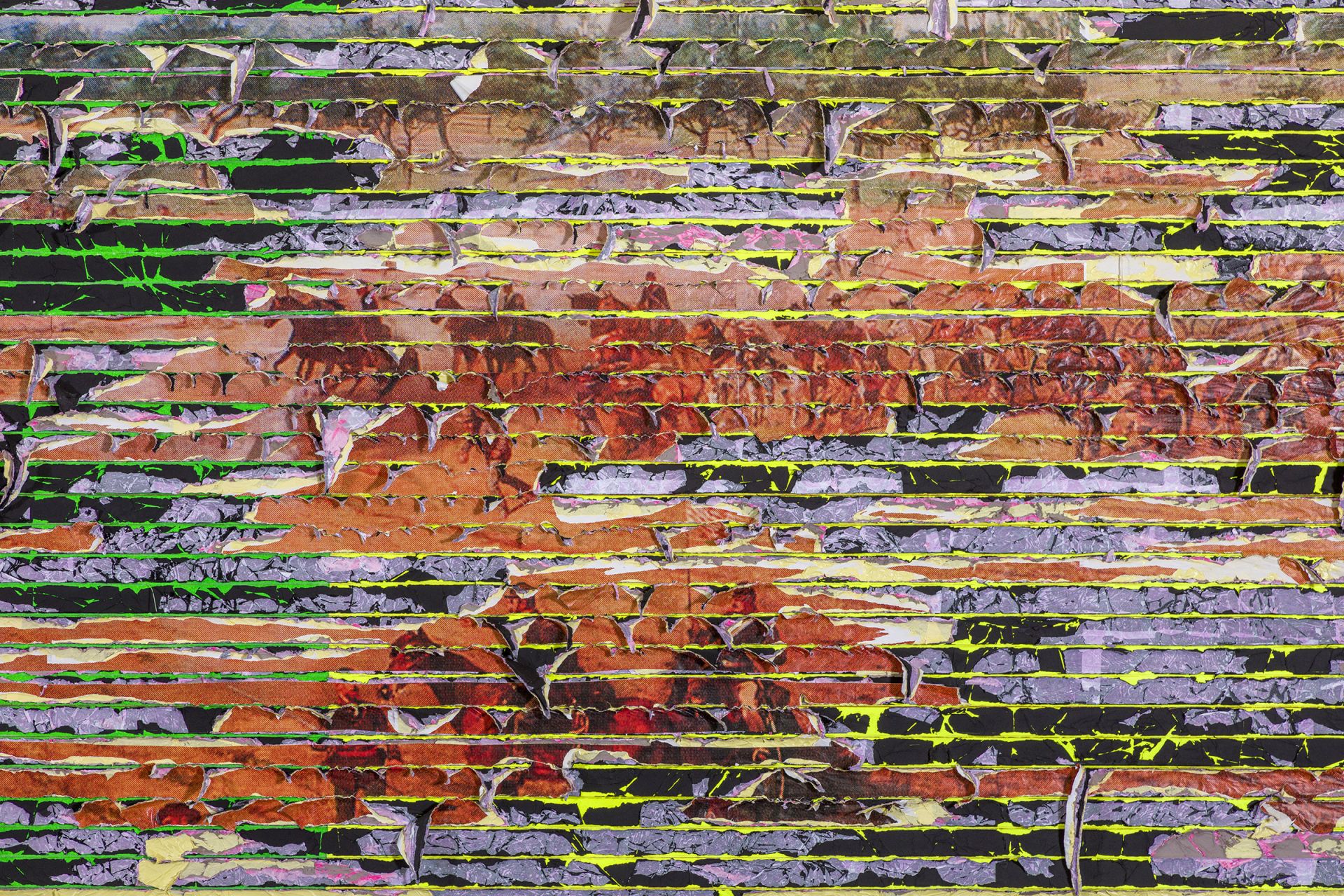 Coming off his critically-lauded turn as the U.S. representative at this year’s Venice Biennale, Mark Bradford will present an immense installation at the Hirshhorn this fall. Based off of Paul Philippoteaux’s nineteenth-century cyclorama (also known as a 360 degree painting) at the Gettysburg battle site in Pennsylvania, Bradford’s new work, 'Pickett’s Charge,' will sample the original painting to create eight new abstract paintings, each of which will be more than forty-five feet long. Taking up the entire third floor of the Hirshhorn’s circular building, the paintings will come together to create their own panoramic experience—and another addendum to the Civil War narrative. 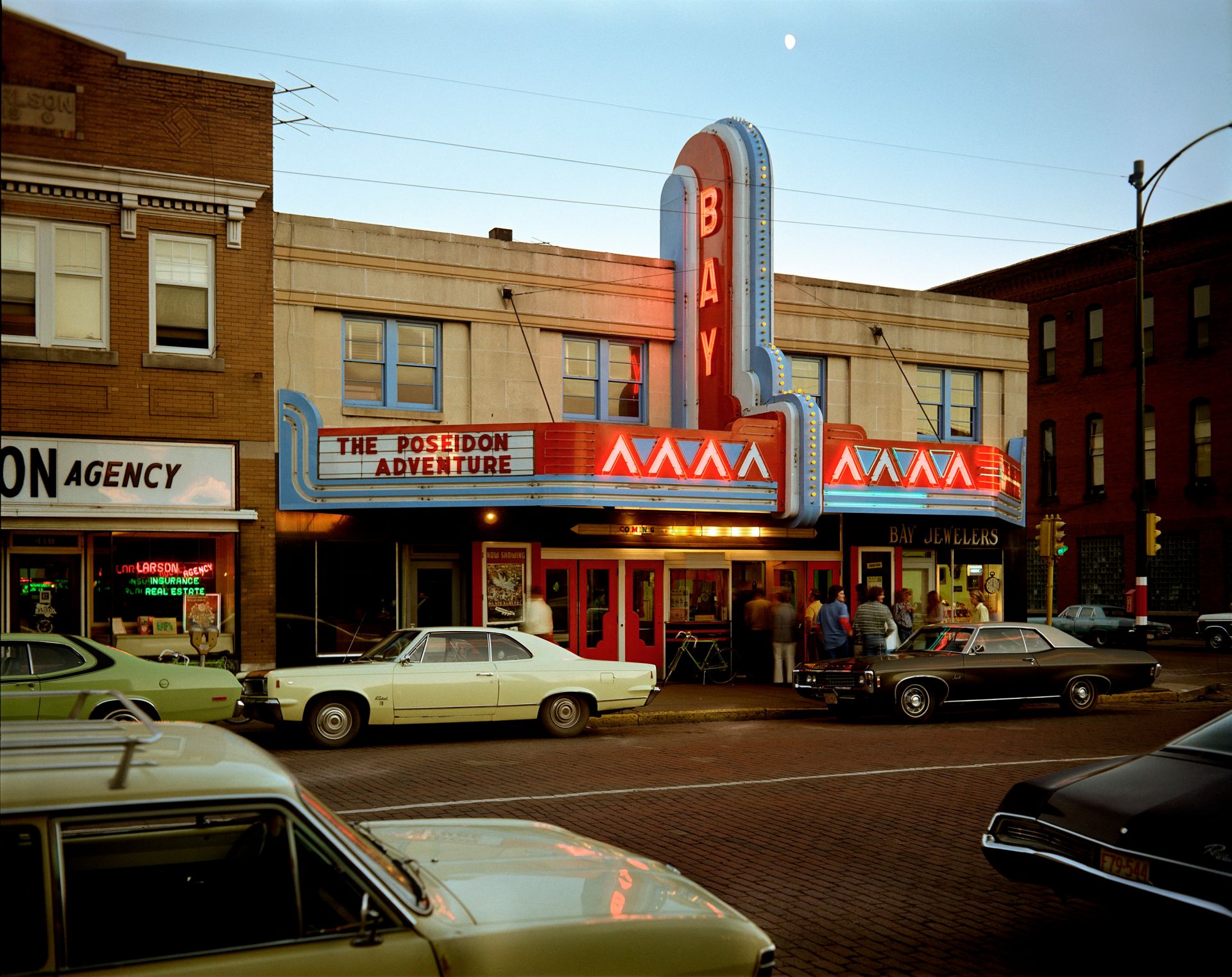 Another influential figure finally getting his due, Stephen Shore will have his first New York retrospective this fall at MoMA. With the possible exception of William Eggleston, no one has done more for color photography as an art form. But MoMA’s monumental exhibition will look at more than just Shore’s genre-defining images of prosaic American life in the '60s and '70s; it will look into the artist’s assiduous commitment to the medium itself. That includes his use of cheap consumer cameras early on his career, to his seeming rejection of color film in the later years of the 20th century, in addition to his experiments with digital photography today. 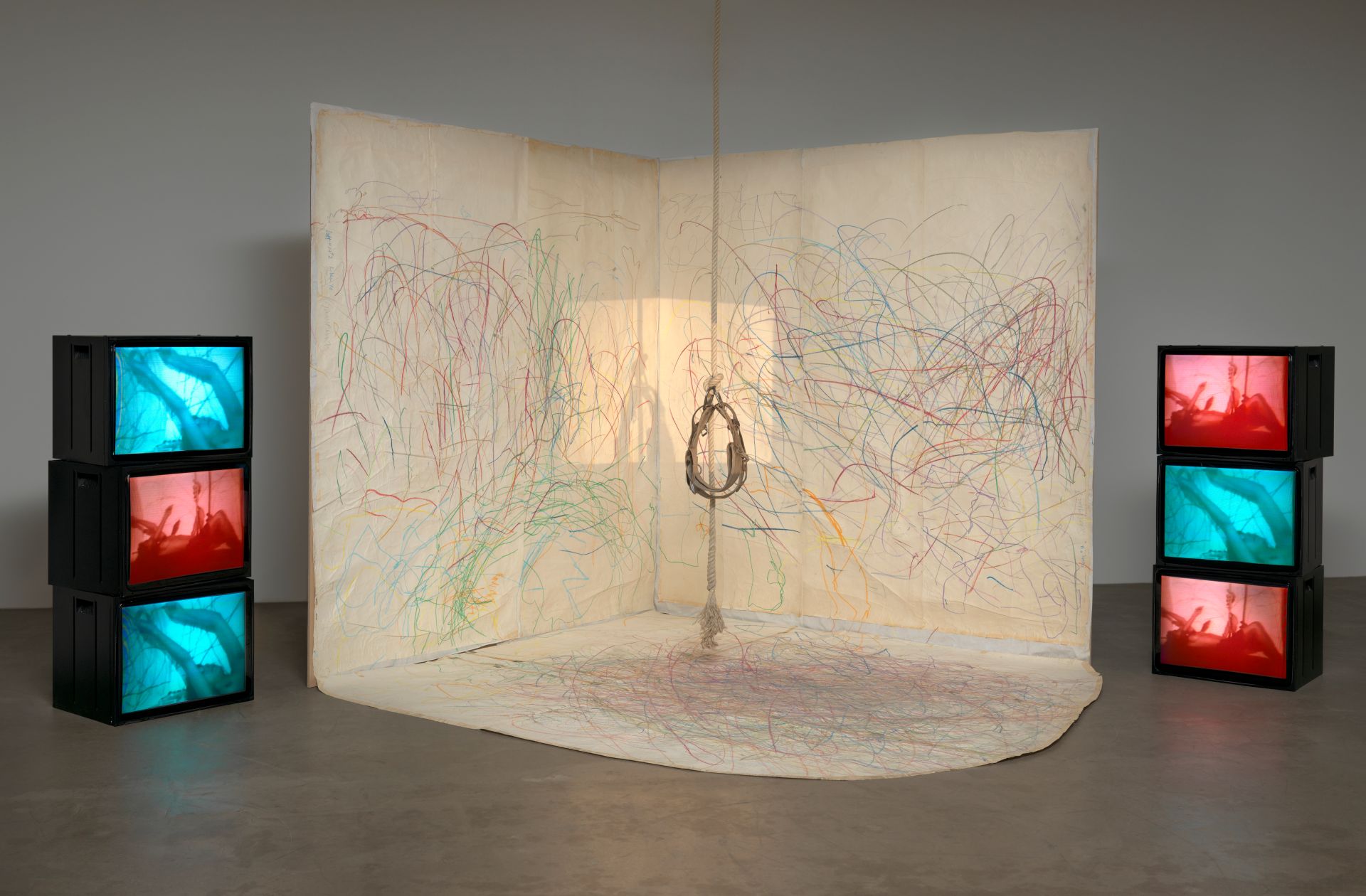 Carolee Schneemann, the elder stateswoman of performance and body art, gets a long-overdue retrospective at MoMA PS1 this fall—the artist’s first comprehensive museum retrospective. “Kinetic Painting” will bring together all six decades of the artist’s work, from the rarely-seen assemblages and nude paintings created early in her career, some iconic performances and films from the '60s and '70s and a look at her later experiments in installation. Framed through the lens of painting, the exhibition will chart both the evolution of Schneemann’s practice and her various innovations during the second half of the 20th century in regards to performance, installation and multimedia work. Earlier this year, Schneemann was given the Golden Lion award for lifetime achievement at the 2017 Venice Biennale. 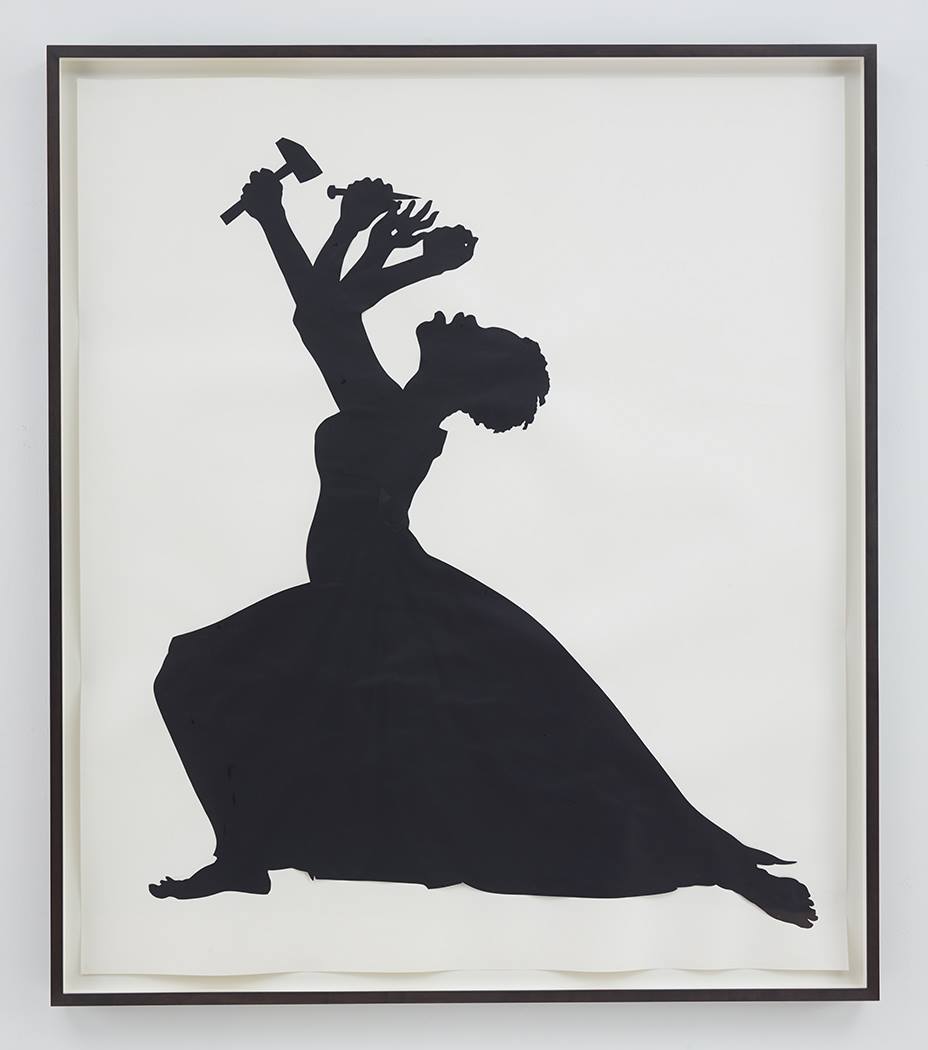 Kara Walker’s “Harper’s Pictorial History of the Civil War (Annotated)” series was completed more than a decade ago now, but it’s still just as timely. Based off illustrations from a two-volume anthology of the Civil War published in 1866, which will be shown along side Walker’s works, the prints recontextualize the problematic imagery of the “historical” source, by turning the slaves' characters into ghostly silhouettes—by actually blacking them out. 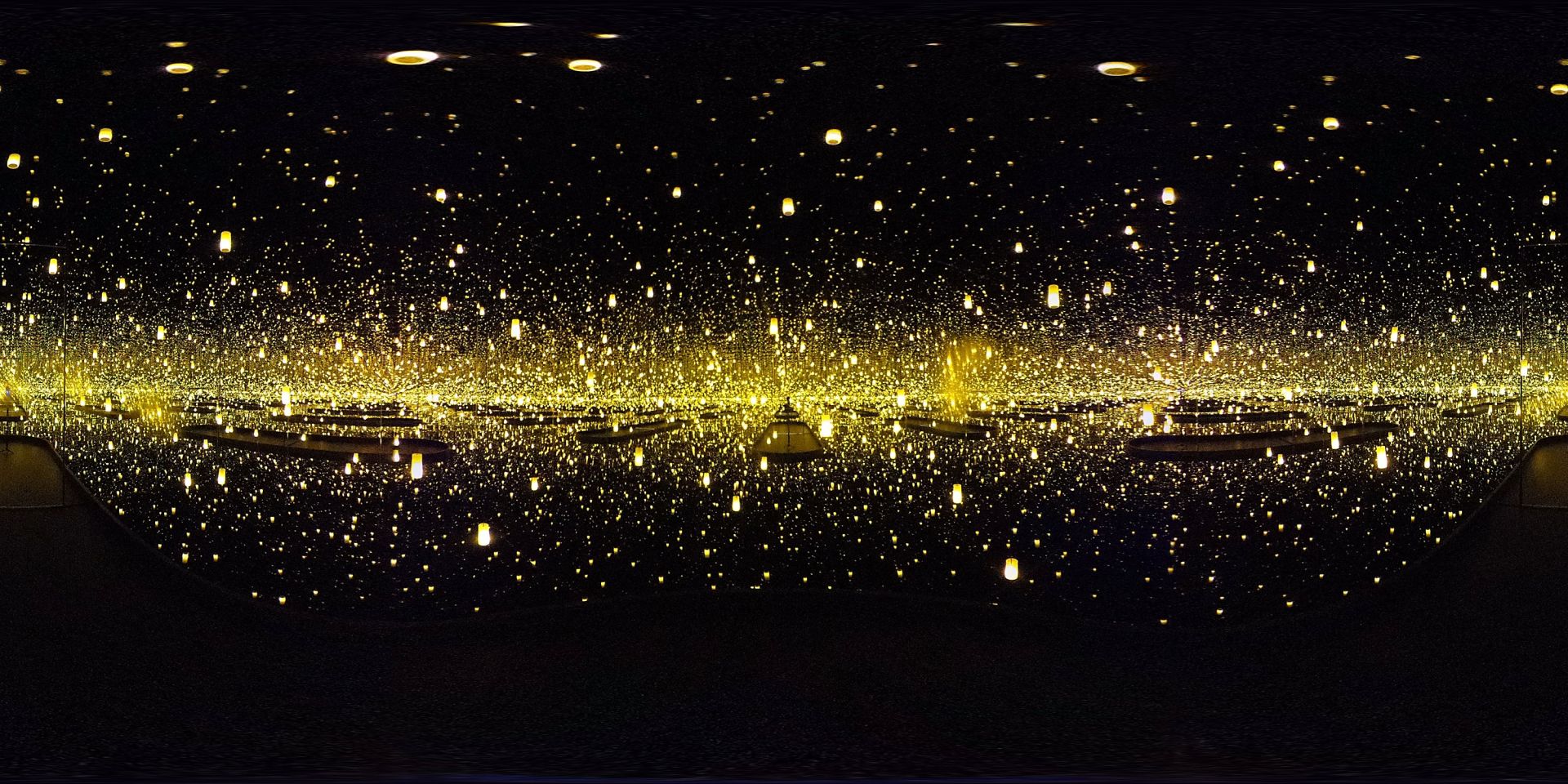 Not long after “Infinity Mirrors” opened at the Hirshhorn Museum in Washington, D.C. earlier this year, it became a bona fide art world sensation, eventually going on to garner record-setting spring attendance numbers for the museum. After a brief stop at the Seattle Art Museum this summer, the show will now move on to The Broad in L.A., where it’s bound to smash attendance records for the young institution. The museum sold all 50,000 tickets within an hour after going on sale on September 1—nearly two months before the show’s opening. Don’t worry, though—due to overwhelming demand, the Broad has announced expanded hours and additional tickets, which go on sale at noon on Monday, October 2. 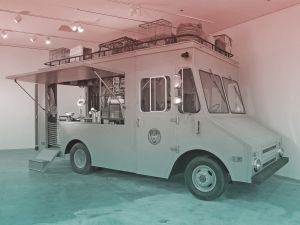 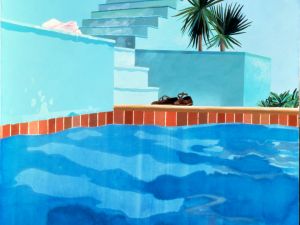 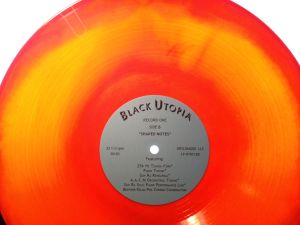 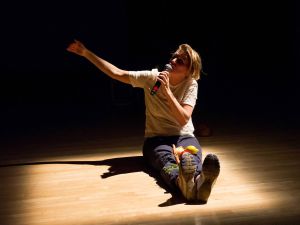 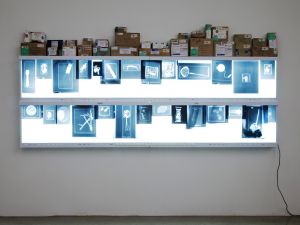 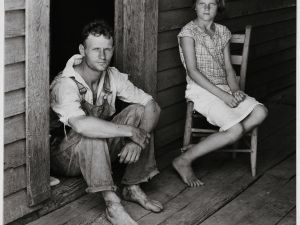 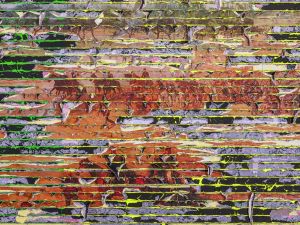 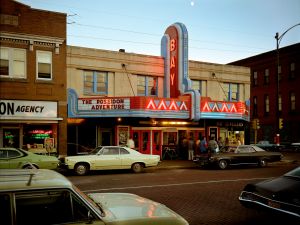 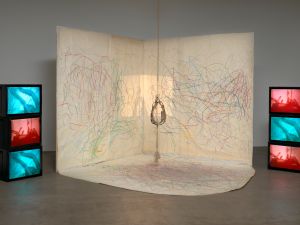 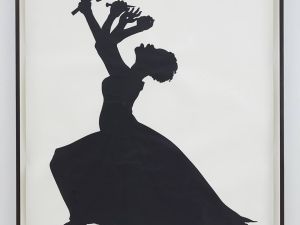 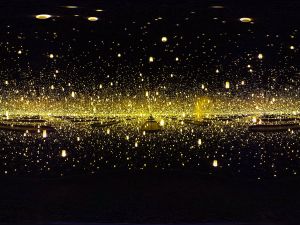 
From museums to commercial spaces, fall is the season where big and small spaces alike are debuting their showstoppers for the year. This is a simple roundup of the top 10 shows to see (and be seen at).