In 1828, Andrew Jackson rode to the presidency on a popular wave of anti-Washington sentiment. Upon taking office, he fired federal employees whom he considered to be political opponents and replaced them with supporters. New York Senator William L. Marcy defended the president by quoting the Latin expression: “To the victor go the spoils.”

This ushered in the spoils system in America. Large political machines in cities and states, mostly associated with Jackson’s Democratic Party, traded jobs and government contracts for absolute loyalty. It led to huge corruption, obviously. But patronage wasn’t all bad.

New York’s infrastructure, most of which was built during this period, stands as one of history’s greatest engineering feats. It would not have been possible unless everyone—down to the Irish immigrant ditch-diggers loyal to Tammany Hall—served the larger political objectives.

Donald Trump came to office making deliberate comparisons to Jackson’s presidency. By 2017, though, a century and a half of reform had made the “You’re fired!” Jacksonian method of draining the swamp impossible.

The law now prohibits the termination and replacement of most federal employees when administrations change. The president is only allowed to replace decision makers, including cabinet members and other high officers in the Executive Branch.

This has led to a permanent bureaucracy that employs people who seek personal fulfillment in public service; i.e., mostly Democrats. It specializes in telling people what to do, down to the required volume of a toilet flush. Under the Code of Federal Regulations, Volume 10, Section 430.32(q) –  Closets, it is 1.6 gallons, in case you were wondering.

There are thousands of pages of similar regulations, comprising 50 small print volumes. Whether a flush is 1.6 or 1.7 gallons matters to a lot of people, and billions of dollars change hands in the formulation of such minutia. Nothing is manufactured in the nation’s capital—not cars, not computers—except public policy, and Washington D.C. is one of America’s wealthiest regions.

Armed with the simmering power of the guy who enjoys making you wait at the DMV, the federal government’s functionaries have spent their time as members of the Trump administration thwarting his every objective.

They are the anonymous intelligence sources who supplied grim seriousness to this otherwise ridiculous Russia colluded canard. They caused General Flynn to resign as national security advisor by illegally disclosing his private discussion with the Russian ambassador, which they wiretapped. They have leaked transcripts of confidential diplomatic discussions and have engaged in untold petty disruptions.

Republicans, with literary flair, have taken to calling this permanent bureaucracy “The Deep State.” The most fervent plea of Trump supporters is to get rid of them. Apparently, though, even if there is a popular grass roots insurgency to throw the bums out, that’s not possible.

The bums get to stay and try to undermine the insurgent administration, which is hailed as democracy in action by the self-described resistance. To give an idea of the scales, tentacles, and fangs this Leviathan has developed to protect itself, a grand jury has been convened and is hearing testimony about whether the president’s firing of the FBI director was a criminal act.

As Yogi Berra famously said when he heard there was a Jewish mayor of Dublin, “Only in America.”

The reforms that dismantled the spoils system still permit the president to replace those members of the previous administration who are in decision-making roles. President Trump could have tried to contain the permanent bureaucracy by making sure their bosses were strong advocates for his policies. This would have required him to appoint leaders willing to suffer criticism on his behalf. Loyal supporters, in other words.

His most important appointment was Jeff Sessions, and loyalty was almost certainly a consideration. Sessions was the first senator to support Trump’s candidacy, and he was a pit bull on the campaign trail.

Trump didn’t factor in that Sessions had marinated in Washington’s swamp for 30 years. At the first hint of controversy, Sessions recused himself from the Russia probe, forfeiting his ability to protect the president from the scattershot fishing expedition that ensued.

The executive branch ordinarily has built-in protections against these kinds of mistakes, though, and Trump had also appointed the second-in-command to whom the investigation devolved, Rod Rosenstein.

A strong and loyal appointee—think Eric Holder or Loretta Lynch—would have told the press to get lost the moment they showed up demanding a special counsel when nobody could even articulate a crime. Instead, under intense media pressure, Rosenstein capitulated.

Trumpism is unique as a political movement in that it was immediately successful. More typically, an insurgency loses its first few times out and spends years building momentum toward final victory. Goldwater’s crushing defeat in 1964 began the ascendancy of the conservative movement in the Republican Party, culminating in Reagan’s victory 16 years later.

When Trump won the presidency, he had no ready-made army of supporters to staff his administration. He seems, by default, to have appointed those who impressed him in their interviews—just like someone would do if they were hiring management personnel at, say, a hotel or a golf resort.

The result is an administration of impressive people with little appreciation for Trumpism and the America First principles Trump ran on. They behave, in practice, like the mercenary soldiers that they are: loyal in the performance of the job they were hired to do but quick to surrender and to forsake the larger cause when surrounded by hostile forces.

They have generally shown no inclination to restrain the permanent bureaucracy.

To the victor is supposed to go the spoils. Except in today’s America, where a combination of law, circumstance, and human nature make it impossible to wrest the spoils from the grubby hands of the Washington establishment. 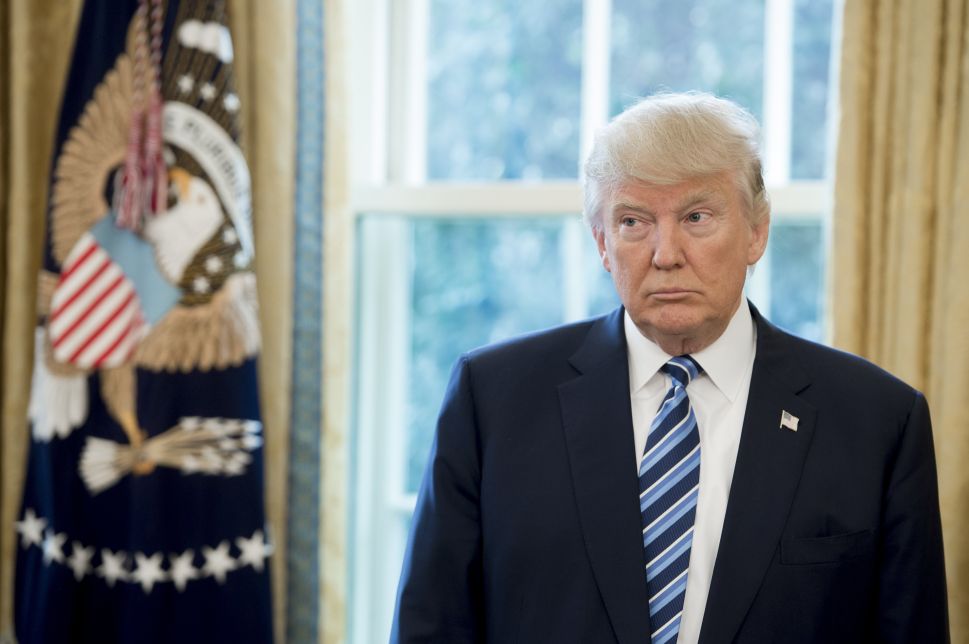