Lots of fake news got shared on Twitter in the run-up to the 2016 election, and it had an especially high concentration in many American swing states. This finding was the crux of a new paper out from the Oxford Internet Institute Thursday. The four co-authors wrote:

Social media platforms have served significant volumes of fake, sensational, and other forms of junk news at sensitive moments in public life, though most platforms reveal little about how much of this content there is or what its impact on users may be.

The analysis was drawn from Twitter’s Stream API, a sample of about one percent of the tweets going out on the micro-blogging platform. They looked in particular for a collection of prominent election hashtags and keywords.* They harvested location data mainly from the self-reported locations in profiles, but also from geo-tagging, if it was enabled (and it usually isn’t). They hoovered up 22 million tweets from November 1 to 11, 2016, but culled that down to a bit over seven million that had at least fairly reliable location data attached.

One facet of the analysis jumped out at us. The researchers were able to look at tweets posted, but not at how much of a following the given tweeters had. Twitter is an easy place to just shout into a great maw of emptiness, and many of the most troll’ish accounts have hardly any followers. They harass larger accounts because that’s the only way accounts with 43 followers can get anyone to see their tweets.

One of the co-authors, Lisa-Maria Neudert, wrote the Observer in an email that accounts with small followings “still were integrated well into human networks through interaction with their profiles and the content they posted. What is more, is that social network algorithms are gamed by mass-tweeting on an issue and reward it with a more prominent spot in the news feed or a trending section, which increases visibility.”

We will return to this question of the algorithms below.

Twitter recently disclosed some details of its internal investigation into influence operations on its site. Whoever’s running them, there are a lot of fake accounts on Twitter. There are millions of these accounts that speak from software, and researchers have identified a lot of probable bots operating on Twitter during recent elections.

The researchers found that in a bunch of swing states (such as Arizona, Missouri, Nevada and Florida), the concentration of politically polarizing news from unreliable sources was unusually high, compared to the national average.

However, a few other points are worth making. The states with the most extreme concentrations of politically polarizing messages were small states that weren’t swing states at all. The concentration was worst in Montana and West Virginia.

It’s tempting to surmise that the high concentrations there can be explained by small populations, but some of the states that saw the least polarizing content shared also had thin populations. North Dakota was the furthest below the national average, and Wyoming was also quite low.

Also, we should mention the paper’s definition of polarizing content. They defined it as “junk news” (news from sources known not to be professional journalism organizations) and anything from Wikileaks or sources linked to Russia.

All that said, no one questions that lots of people believed some complete hogwash during the election. This may have just made it easier for them to justify to themselves what they already wanted to do, but it’s hard to believe that societies do better when awash in lies. There will always be liars online, but platforms need to turn off the lies’ amplifiers, if they can (and they can).

Here’s one idea: We previously reported on a company called Keybase that facilitates encrypting messages so that no one but the intended recipient can read it.

That’s true, but there’s something else that encryption can do, which the company’s CEO Max Krohn described for us in our recent interview. “It’s probably more powerful than the first use,” he said. Without making a message unreadable, encryption can be used to digitally sign a statement, appending a proof that they really were the person who wrote it. Anyone could check a signed tweet to verify that every letter, every comma, was written exactly by that person, in exactly that order.

Signing tweets isn’t pragmatic now because the signature would take up too many precious characters, but Twitter could incorporate some kind of public signing system. Rather than posting the actual proof with each tweet, Twitter could display a design element that indicated a signature had been received and it checked out. Then, its algorithms could give more weight to tweets that come with a digital signature.

Of course, bots could sign their tweets, but a service like Keybase would let Twitter (or Facebook) level up user verification. A user with a Keybase account can be followed by other people. When they follow, they attest that this person is a real person. Each of those people are followed by real people, too, and every attestation is cryptographically signed, creating a web of credibility. Accounts with strong proof of humanity could get an additional boost, incentivizing real people to use these services and shutting the bots out. It would create a little friction for humans but a lot for propagandists.

Algorithms can help make our social media utilities more valuable resources, but as long as their place on the public markets pushes them to drive engagement at all costs, responsible improvements are likely to remain low priorities.

* Bence Kollanyi, another one of the co-authors, sent us the complete list of hastags the team used for this analysis: 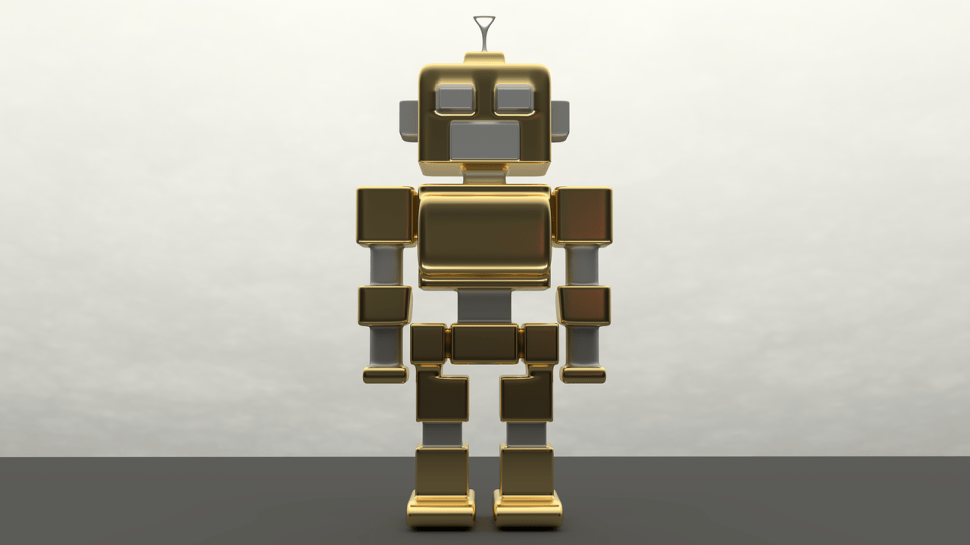