Twenty years ago tonight, around sunset, masked gunmen approached the village of Bentalha, on the outskirts of Algeria’s capital, Algiers. They infiltrated quietly, clad in black and wearing hoods to hide their identities, and proceeded to murder anyone they encountered. They used guns, knives, and machetes to butcher the unarmed. The terrible slaughter that lasted nearly 10 hours.

By daybreak, the extent of the massacre became evident. The exact number of dead has never been agreed upon, but the best estimates place the toll of the butchered north of 400—many of them women, children and the elderly. Something like one-fifth of Bentalha was dead, many of the victims having been slaughtered ritualistically, even decapitated. Some of the women had been raped before being butchered, and babies had been bashed to death against walls.

The horror of the Bentalha massacre briefly captured the world’s attention—an iconic photo of a local woman discovering her family’s dead, proclaimed as “the Madonna of Bentalha,” won awards—but that soon faded. Five years into Algeria’s hideous civil war, massacres had become so commonplace that it was difficult to keep track of them. Less than a month before Bentalha, at the village of Rais, only a few miles down the road, mysterious masked butchers had murdered hundreds of civilians in a similar fashion.

While massacres of civilians grew depressingly routine in the bitter fight between the Algerian military regime and Islamist rebels, they peaked in 1997, and Bentalha was a rare example that got some attention abroad, fleetingly. In truth, Algeria’s fratricide never got much Western press outside France, due to colonial history with the country plus a considerable Algerian diaspora. Even though the death toll of the civil war that engulfed Algeria for years beginning in 1992 claimed some 200,000 lives, most of them civilians, the bloody conflict got a mere fraction of the Western media attention showered on the concurrent Bosnian war, which killed half as many people.

In fairness to journalists, the junta in Algiers didn’t want foreigners looking into what was happening in the country, and when responsibility for the Bentalha massacre was claimed by the Armed Islamic Group, the notorious GIA, the blood-thirstiest jihadist gang on earth in the mid-1990s, not many Westerners were eager to dig more deeply—particularly when both sides in Algeria’s civil war didn’t care about protecting journalists asking unwanted questions.

Two decades later, the massacre remains significantly under-investigated story. Although Algeria’s whole civil war requires a serious examination with a skeptical eye, the Bentalha massacre serves as an ideal microcosm of that mysterious conflict. The list of those uneager to ask questions over the last 20 years is long. The military regime naturally didn’t want anybody investigating the slaughter, which it played a sordid hand in. Neither was France eager to dig deeply, since the last thing it wanted was the collapse of the Algiers junta, which would bring millions of refugees and a jihadist caliphate just across the Mediterranean from Marseille. No less, Washington found it politic to remain incurious, since the Algerian junta, warts and all, has been a reliable partner against the jihadists since the early 1990s.

Nevertheless, whispers soon spread that the Bentalha massacre wasn’t exactly what it seemed to be. It was impossible to miss that there was an army post located just a couple hundred meters from the village, plus a gendarmerie station less than a mile away, but no security forces responded to the slaughter, even though it went on for nearly 10 hours. The notion that Algerian security forces turned a blind eye to the massacre may sound far-fetched to foreigners, yet is deeply plausible to many Algerians.

From the beginning of the civil war, hardliners in the military junta, known as “eradicators,” had adopted a worse-is-better approach to fighting the Islamist rebellion. After cancelling democratic elections at the beginning of 1992 since they would have brought Islamists to power, top generals were happy to see their enemies radicalize further. They knew that the surest way to undercut the appeal of political Islam was to see it associated with slaughter and mayhem. Led by the regime’s secret police, the feared DRS, Algiers began a clandestine campaign to defeat the radicals from within.

Happily for the junta, there were plenty of jihadists eager to murder in the name of Islam, including a couple thousand Algerians who had recently returned from Afghanistan, where they had fought the Soviets alongside mujahidin from many Muslim countries. Thus was GIA born, and it quickly garnered a reputation for indulging in slaughter for its own sake. By the time of Bentalha massacre, GIA had declared war on all Algerians—keep in mind the country is almost entirely Muslim—who did not support them. It was this bloodthirsty radicalism, aimed at innocent civilians, which caused Al-Qa’ida to withdraw its endorsement from the group in early 1997.

Doubts about what really happened at Bentalha crystallized in 2000, when Nasrallah Yous, a survivor of the massacre, published a book in France titled Qui a tué à Bentalha? (Who Killed Bentalha?) that shredded the junta’s account of what transpired. The book, banned in Algeria, made a convincing case for regime collusion with the butchers of the village.

A year later, another book published in France, La sale guerre (The Dirty War), blew the lid off the 1990s massacres allegedly perpetrated by GIA. Its author, Habib Souaïdia, a junior officer in the Algerian army, had served with a special forces unit that fought the rebels with unpleasant methods, including masquerading as Islamists to turn the public against them. Although there were plenty of real GIA cells terrorizing Algeria, some of the “guerrilla bands” were really junta operatives. While Souaïdia’s account is polemical and doesn’t strive for balance, the essential truth it tells is not in question.

Two years after that, another insider’s account published in France finally told the awful truth about Algeria’s nightmare. Authored by Mohamed Samraoui, a former DRS lieutenant-colonel, Chronique des années de sang (Chronicle of the Years of Blood), puts the unpleasant puzzle pieces in order. Samraoui defected in 1996 while serving as his country’s military attaché to Germany, after refusing junta orders to arrange the assassination of Algerian émigrés in Europe, and he had witnessed the birth of GIA firsthand.

Samraoui’s detailed account is stunning, depicting DRS infiltration of GIA top to bottom from the group’s birth; several top GIA emirs were, in reality, DRS agents, and the jihadists were secretly serving the wishes of the junta—though few of the terrorists knew it. “GIA is the creation of the Algerian security services,” as Samraoui expressed what he had witnessed, concisely.

This reality, shocking to Westerners, is less so to Algerians, who are accustomed to their less-than-democratic rulers, whom they simply call le pouvoir (“the power”), doing nasty and dishonest things at their expense. That the DRS was trained and mentored by Soviet spies during the Cold War provides the final clue. What the junta executed in the 1990s was merely an unusually bloody version of the standard KGB methods of penetration and provocation, without any concern for innocent life.

The regime thereby encouraged GIA’s most radical elements, driving the group into mindless murder and massacre. Thus the “eradicators” and the bearded madmen of GIA were more secret partners than enemies. Such brutally cunning tactics succeeded in defeating GIA—by the end of the 1990s the group was a shell of its former self, despised by the Algerian public, no longer a threat to the regime—yet at the cost of at least tens of thousands of civilian lives.

What, then, really happened at Bentalha? At best, the Algerian junta allowed jihadist killers to slaughter much of a village, in order to discredit the Islamists. At worst, Algerian security forces masquerading as GIA did the dirty work themselves. The full truth may never be known. Many witnesses and participants are dead or gone to ground. Moreover, in an effort to put the ugly past behind the country, the junta offered amnesty to former guerrillas in 2006.

All this means that survivors in Bentalha and dozens of other Algerians towns that witnessed massacres in the 1990s may be living next to the murderers of their families, who are scot-free. At this point, nobody in le pouvoir wants to reopen such murky crimes, and nobody in Washington seems eager to investigate either. Since 9/11, the Algerian junta has been a very cooperative partner in America’s Global War on Terrorism. After all, nobody on earth is more effective at killing jihadists than the DRS, and Algiers has been perfectly happy to see nagging questions about its appalling human rights record disappear with Washington’s help. 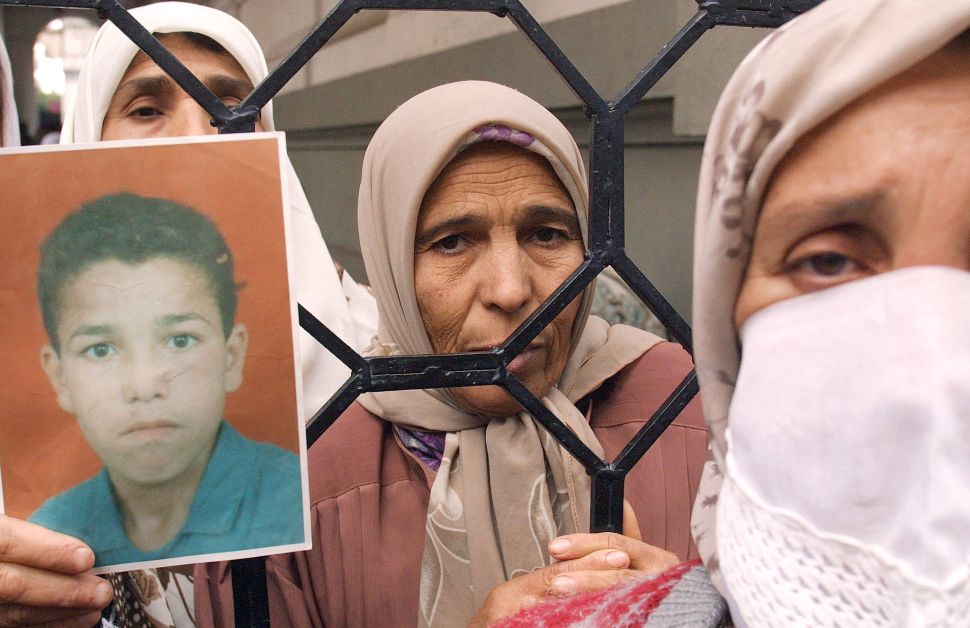