What new hell is this? Before the nightmare of Charlize Theron prostituting her talent in Atomic Blonde has happily faded from memory, we get another entry into the category of bland, female action lunacy with the forgettable title Unlocked, making a brief stop in theaters before streaming its way through the internet. To make even the most feeble attempt to tell you what it’s about is a task for fools.

Sweden’s hard-edged, tough-looking Noomi Rapace, the original “girl with the dragon tattoo,” plays Alice, a shadowy ex-CIA operative suffering from guilt for a 2012 terrorist attack in Paris, now working at a quiet desk job in London as a social worker and kickboxing on the side. Alice thinks she’s retired from dodging machine gun bullets and wants nothing to do with her old B-movie life. Suddenly, for reasons unexplained, her old M15 boss (Toni Collette, slumming it between better assignments) recruits her back into service against her will (once a Bond, always a Bond, in or out of nylons) to stop a gang of murderous thugs smuggling germ warfare from Morocco before they infect and wipe out the U.K. From that point on, the screen is filled with so many secret agents from every corner of the globe, sporting interminable phony accents while angling for closeups, that you never know who they are or what side they’re on. Michael Douglas gets killed off in the first 30 minutes. Insipid Orlando Bloom is miscast as a tattooed Cockney burglar. John Malkovich still sounds like a dial tone.

The double and triple crosses escalate with non-stop confusion while the corpses pile up in alleys, shipyards and parking garages. When it mercifully ends after 98 excruciating minutes, you still don’t have a clue what it was all about. Pray to the universal gods there’s no sequel. Peter O’Brien’s baffling screenplay is an overload of little more than secret agent lingo. As the latest in a current line of violent female cutthroats who resemble nobody you’ve ever met, seen, or heard of—slashing throats, wiping out entire rooms of terrorists in a blaze of gunfire and getting bashed, kicked and smacked around until bloodied—Noomi Rapace has the charisma of boiled lettuce.

Not the least of its hard-to-fathom curiosities is the fact that Unlocked was directed by Michael Apted, a first-rate filmmaker who seems to have lost his way. It’s been 37 years since he directed Coal Miner’s Daughter, but still. Unlocked was finished years ago and has been on the shelf ever since. It should have stayed there. 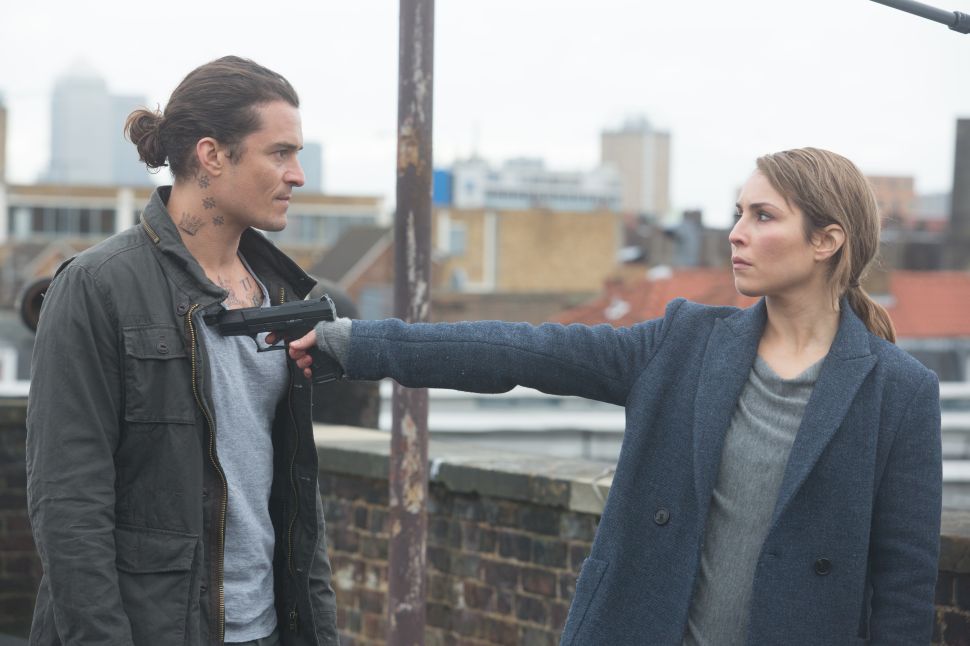