One of the first bad signs for Verrit: it doesn’t date its posts.

Verrit is a new digital publication devoted to social media friendly facts and quotes, like a liberal arsenal of Twitter-friendly thought bullets, but take a look at its post announcing the site’s existence. This would seem like a good post to put a date on, but there isn’t one. Without dates, it’s impossible to place any given post on a timeline and understand where it fits into recent history.

Verrit’s content speaks to a center left audience, people who wish that Hillary Clinton would have won the 2016 election. Whether this is a good business model or not we’ll let others to decide, but something else about the site jumped out at us: Each nugget published on Verrit has an authentication code attached to it, so that if it’s downloaded and reposted without the original link, a user can still find its sourcing by searching for that code on the site.

“We’re in a time now where you just no longer trust anything that you’re reading,” CEO Peter Daou told Business Insider. “So we want to do something where we rigorously vet these facts and we actually stand by our research and put an authentication code on every fact that we put up.”

This would be a useful exercise, because it’s so easy to make something phony look authentic on social media.

For example, there was a meme going around during the election that showed a younger looking Donald Trump saying that if he ever ran for president, he would run as a Republican because the party’s voters are so dumb. The Reno Gazette-Journal looked into this, though, and couldn’t find any evidence that Trump had ever said it or said anything like it (Snopes agreed). The meme’s creator cited People, assuming that no one would check to see if it was accurate. They didn’t and the meme blew up.

Whatever you think of Trump, we can all agree that it’s not fair to hold him to account for something he never said. Presumably, if the quote had shown up on Verrit, there would have been an authentication code attached that would have let a reader check its source.

So how good is Verrit’s authentication system? Is it really rigorous? We randomly selected a few Verrit posts just to see. We didn’t find any outright fabrications, but we did find signs that the site is more focused on advancing its messaging than proper sourcing:

Verrit is a new site and it takes a while to work out standards and procedures, especially when its founders want to launch with a bunch of content to create buzz, but there are some real gaps here. If the site wants to claim real standards around truth and accuracy, it needs to get this stuff right.

Daou previously worked for John Kerry and Hillary Clinton’s past presidential campaigns, and he has been a staunch defender of Clinton’s record. He was not immediately available for comment.

There’s a kernel of a good idea in Verrit. Putting a code on an image (or even encoded invisibly in the file or in its metadata) could add more credibility to facts that spin wildly around social media during heady cultural and political fights. If at least part of the public learned to expect checkable citations on their memes, it could prevent wild fabrications from spinning out of control. 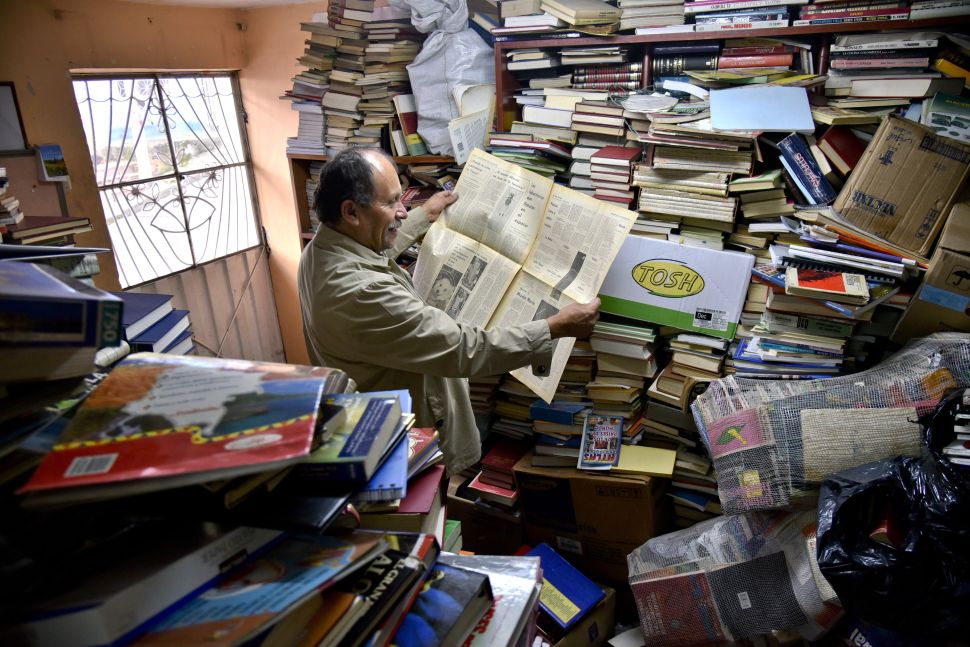