RGA Chairman Walker and Christie, a former RGA chairman, both spoke at the event and strongly endorsed Republican gubernatorial nominee Kim Guadagno, who also attended, according to a Republican source who spoke on the condition of anonymity. The fundraiser took place at the Middletown house of Richard Saker, who owns 29 ShopRite supermarkets in Central Jersey, the source said.

The fundraiser was first reported by Insider NJ.

Reports in July said Guadagno was having a hard time securing national support from groups like the RGA. Public polls have shown Guadagno trailing Democratic gubernatorial nominee Phil Murphy by more than 20 points.

The Republican source would not say whether Walker’s trip to New Jersey was a sign the RGA would play a more prominent role in the New Jersey governor’s race. But the source said Murphy’s plans to raise $1.3 billion in taxes and his response to Sen. Bob Menendez’s corruption trial could lead to a tightening of the race.

Guadagno is far behind Murphy in fundraising. Murphy has received $4.1 million in public matching funds, according to a Friday report from the Election Law Enforcement Commission, more than three times the $1.1 million disbursed so far to Guadagno. She was scheduled to attend a high-dollar fundraiser co-headlined by former Florida Gov. Jeb Bush next week in Miami. But, due to Hurricane Irma heading for Florida, the event was postponed.

The RGA event comes as Guadagno tries to distance herself from Christie, who is deeply unpopular in New Jersey. A Guadagno spokesman confirmed she was at the event but didn’t address a question about Christie’s attendance. 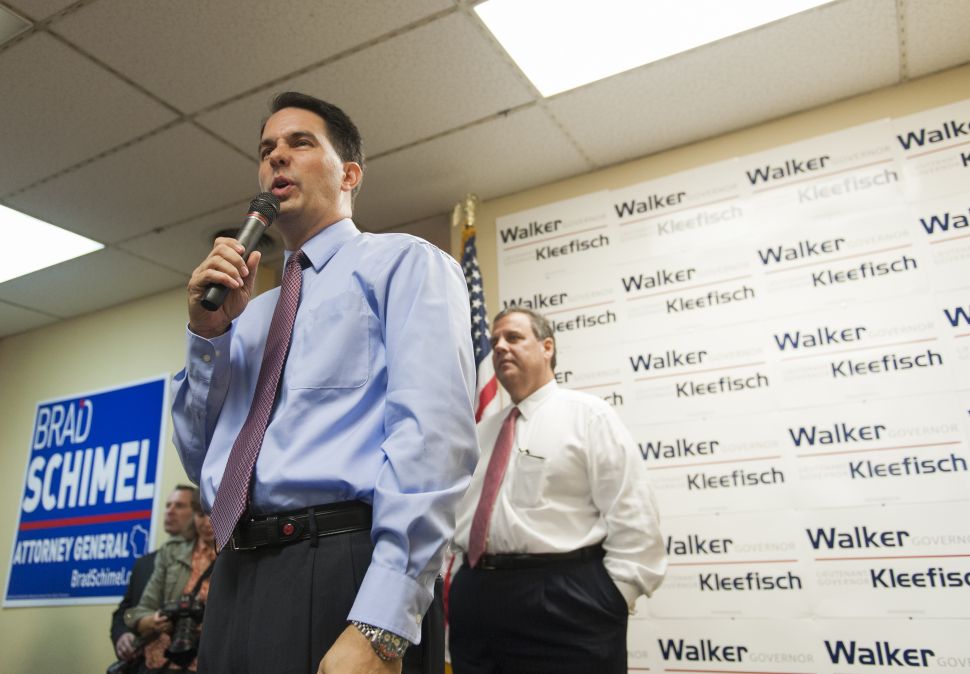