Coincidentally, last week Hillary Clinton’s latest book What Happened and Ken Burns’ and Lynn Novick’s PBS special The Vietnam War were released. Both made for interesting reading and viewing. Ironically and unfortunately, neither Clinton understood the crucial factor causing her loss in the 2016 presidential election nor Burns and Novick the American debacle in Vietnam four decades earlier.

In her book, Clinton tried with great difficulty to explain why she was beaten by Donald Trump, someone she considered unfit for office. In an interview before the series was televised, Burns confided that he still did not understand how the Vietnam War metastasized into the nightmare that claimed 58,000 U.S. and countless Vietnamese, Cambodian and Laotian lives. It is, however, very clear why Hillary and the United States were defeated—albeit in circumstances universes and decades apart. Both Clinton and America’s elected leaders from Harry Truman to Lyndon Johnson failed to understand first principles of politics and strategy.

In running for president, one and only one number counts: 270. That is the number of Electoral College votes needed to secure the presidency. Any campaign that fails to appreciate and focus on that objective almost certainly will lose. Instead, Hillary wanted to maximize the popular vote, which she did, by about three million.

Donald Trump, or his advisors, understood this most basic reality of electoral politics. Trump clearly won the Electoral College, even though it was by a mere 77,000 cumulative votes that carried the day for him in Michigan, Pennsylvania and Wisconsin. Clinton took those states for granted and spent virtually no time campaigning in any of them. While Clinton complained that a combination of former FBI Director James Comey’s investigation of her classified e-mails, misogyny, nullification of black voters, and unpreparedness for running against a vulgar television host caused her to lose, “what happened” was a fatally flawed strategy. Clinton forgot that the path to the White House ran through the Electoral College—not the ballot box.

The Vietnam War is best understood as what goes wrong when strategy and policy are driven by ideology and subsequent refusal to challenge basic assumptions. These are near certain guarantors of failure. As the Cold War began to harden and as Winston Churchill declared at his famous 1946 Fulton, Missouri speech that “From Stettin in the Baltic to Trieste in the Adriatic, an iron curtain has descended across the continent,” the Soviet Union with its “godless, monolithic communism” became the unflagging enemy of Western democracies, much as Hitler and Nazism had been a decade earlier.

With Mao’s conquest of China and the formation of the People’s Republic in 1949, this iron curtain extended eastwards. From Washington’s perspective, a unified alliance between Peiping and Moscow was created. The Korean War the next year and China’s entry that would produce a stalemate solidified this fear mounting to paranoia of monolithic communism. With Dwight Eisenhower’s election in 1953, the United States began expanding its alliances globally to contain the Soviet-Communist Chinese axis.

After Ho Chi Minh’s victory over the French in 1954 divided Vietnam in half and established the Democratic Republic of Vietnam in the north, an alphabet soup assortment of anti-communist alliances were formed beyond NATO, namely SEATO, METO and CENTO. To give some rationale for these alliances, the domino theory was popularized. If one country in Southeast Asia were to fall for example, the rest would follow.

Few Americans were prepared to challenge either the monolithic nature of the Peiping-Moscow axis or the relevance of the domino theory. Ironically, Walt Rostow, who was President John F. Kennedy’s deputy national security adviser and promoted to the top spot by Lyndon Johnson, predicted the coming fracture between these two alleged allies in his 1960 Prospects for Communist China. Sadly, that prescience was ignored.

Kennedy was “prepared to pay any price and bear any burden” to preserve liberty. Johnson used the second Tonkin Gulf incident in August 1964 (even though there was no attack by North Vietnam against U.S. destroyers in international waters) to escalate the war, falsely believing that American military power would force Hanoi to cease and desist its aggression towards the south. Still, few dared challenge these assumptions. And a decade later, the United States was ignominiously driven from South Vietnam.

The conclusions are clear today. The U.S. uses five major adversaries—Russia, China, Iran, North Korea and Da’esh—as the basis for its strategic military planning. Why? Each of them is different in terms of the challenge as opposed to threat and the military tool may be at best necessary but not sufficient. This question of why must be addressed because if first principles are ignored and assumptions are not challenged, what happened to Hillary and in Vietnam will not remain isolated events.

Dr. Harlan Ullman has served on the Senior Advisory Group for Supreme Allied Commander Europe (2004-2016) and is currently Senior Advisor at Washington D.C.’s Atlantic Council, chairman of two private companies and principal author of the doctrine of shock and awe. A former naval person, he commanded a destroyer in the Persian Gulf and led over 150 missions and operations in Vietnam as a Swift Boat skipper. His next book Anatomy of Failure: Why America Has Lost Every War It Starts will be published in the fall. The writer can be reached on Twitter @harlankullman. 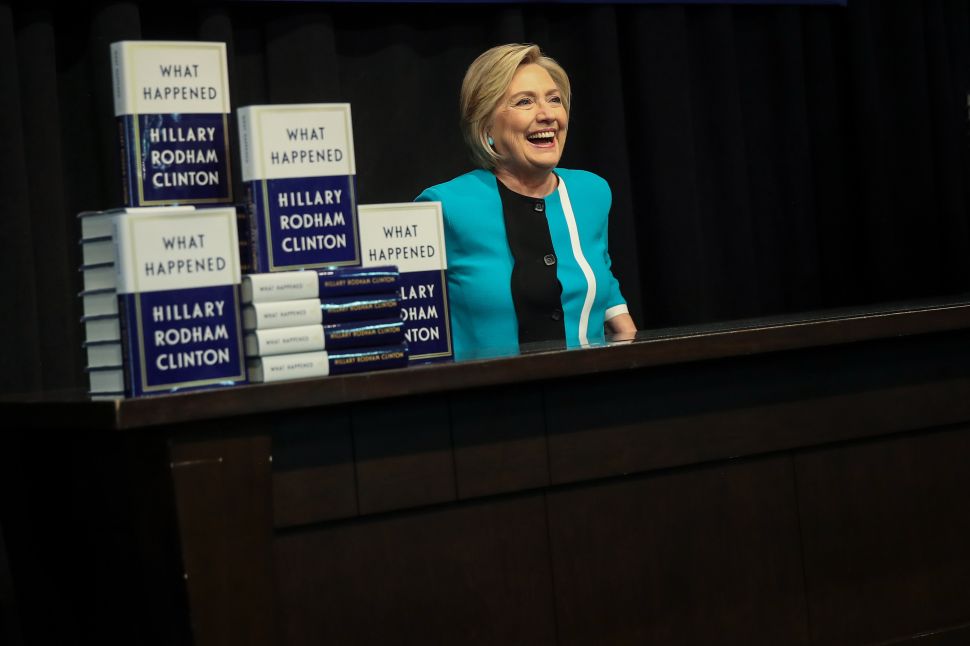