Within weeks or months of assuming office, most modern presidents have suffered a crisis or catastrophe. Jack Kennedy authorized the disastrous Bay of Pigs invasion. George W. Bush was confronted by September 11. Barack Obama inherited two wars and a financial meltdown.

Crises are not limited to an administration’s early days. Lyndon Johnson ultimately did not seek reelection over Vietnam, a conflict he wrongly escalated after the second Tonkin Gulf incident in August 1964 because he mistakenly believed that Hanoi had attacked two U.S. destroyers. Watergate finished Richard Nixon. The Soviet invasion of Afghanistan in late 1979 was perhaps the final nail in Jimmy Carter’s presidency.

Thus far, President Donald Trump has avoided major crises of the magnitude noted above—although North Korea is not entirely behind us. Almost all the president’s gaffes and blunders have been self-imposed. But one wonders what happens if (or when) real disaster strikes.

Given how this president often makes decisions, the Iran-Contra affair that consumed Ronald Reagan’s second term, 31 years ago, is instructive. Reagan desperately wanted to secure the release of seven Americans held hostage in Lebanon by Hezbollah. The means to achieve the president’s noble intention was through a plan that, in retrospect, turned out to be absurd.

Here’s how it was supposed to go: Because Iran controlled Hezbollah, despite the administration’s solemn oath never to exchange weapons for hostages, that is precisely how the hostages would need to be freed. Iran would receive arms. The hostages would be released.

Any arms transfers however would require a third party as it was both politically impossible as well as illegal for the U.S. government to become directly engaged. The work around was through Israel. The U.S. would replace Israeli Hawk and Tow missiles for those that in turn would be sent to Iran in exchange for freeing the hostages.

Israel would then reimburse the United States for these replacement weapons. Those funds should have gone directly to the U.S. Treasury. Instead, a more diabolical use of the money was plotted.

Reagan was a strong supporter of the Nicaraguan Contras. However, after the CIA had mined Nicaraguan waters in absolute violation of U.S. law, three amendments named for Massachusetts Rep. Edward Boland forbade the transfer of any aid, monies or support by the U.S. government to the Contras. Since these funds came from Israel, the intent was clearly to circumvent the law.

Not only was the logic ludicrous, the plan was illegal and unworkable. It was hopelessly naïve to think this wouldn’t leak. Of course it did.

In the aftermath, 14 of Reagan’s aides were indicted—including the sitting secretary of defense and two of Reagan’s national security advisors. Of them, 11 were convicted. And the future of the Reagan presidency dangled by a thread.

To investigate this fiasco, Reagan appointed former Senators John Tower and Edmund Muskie (who had also been secretary of state) and former National Security Adviser Air Force Lieutenant General Brent Scowcroft. In an otherwise scathing report, Reagan’s management style was characterized as aloof and too laid back. In early 1987, Reagan confessed to the nation his mistakes, pleading that while his head knew this was wrong, in his heart he wanted to secure the release of American hostages.

In large part, what saved Reagan—whether one agreed or disagreed with his politics—was the public’s favorable perception of the president. Reagan was not a great actor. His most remembered Hollywood role probably was playing George Gipp, a Notre Dame football player who, on his deathbed, heroically admonished his teammates to “win one for the Gipper.” To many, Reagan was the Gipper.

Now consider how President Trump might fare in a major crisis perhaps of his own making. The answer seems clear. Given the president’s personality, temperament, and cynical view of loyalty that are hugely destructive of good will and scarce political capital, it is hard to see how he could survive. A further data point: while it may have been politically shrewd to strike a short-term accommodation with Democrats over a temporary lifting of the debt ceiling, memories on Capitol Hill make elephants appear to have amnesia.

It is impossible to predict the next crisis and when or where it will strike. But a crisis will confront this administration. The key questions are whether the president’s closest advisors from family to Chief of Staff John Kelly are aware of this potential reckoning and have the influence to make a difference before it is too late. Donald Trump is many things. But he is not the Gipper. 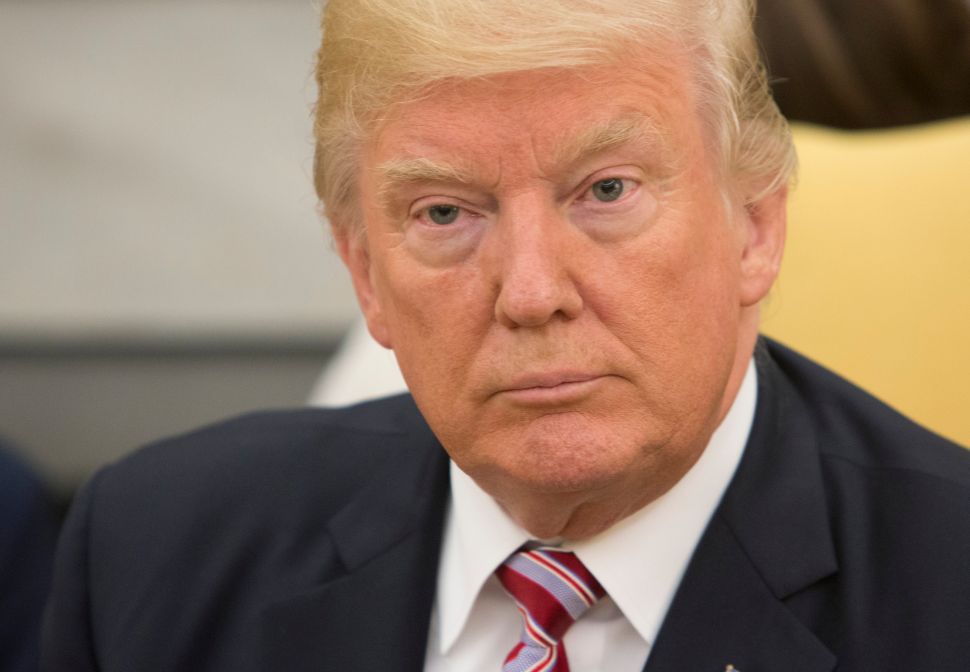