There are many reasons why “Obamacare repeal and replace” failed.

First, Congress took so long to get the bill to a final vote in the Senate that its momentum evaporated.

Second, the bill sucked. It did not repeal enough of Obamacare to energize the millions of voters who relied on Republican promises of a “root and branch” full repeal approach.

Finally, the politics of the bill became toxic. Progressives were using it to make Republicans out to be haters of the poor. Conservatives were angry that it didn’t repeal enough of Obamacare’s mandates, spending and taxes. Average Americans were upset that the message coming from Washington was that their skyrocketing premiums would still go up and the level of care would continue to spiral downward. In the end, the bill had no constituency.

Congress was far too slow in getting the ball rolling. The House could have rammed through a full repeal of Obamacare and sent it to the Senate before President Donald J. Trump was sworn into office in January of this year. It is certain that a Democratic filibuster of the bill would have stalled progress and killed that effort, yet that would have set the table for a stronger and faster repeal bill. Nothing prevented the House and Senate from an immediate passage of a new budget and then making repeal and replace a top priority. They could have accomplished this by Easter, yet now we are approaching Halloween and failure is the likely outcome.

Ironically, Senate Majority Leader Mitch McConnell can take a good deal of credit for the bill’s failure. The bill ended up including a massive bailout of insurance companies and no major cuts to spending. The scheduled cuts to Medicaid were supposed to happen in 2020, yet many believed that, in an election year, there was no way Congress would allow those cuts to happen. Many believed the cuts to spending ratio was bogus.

Even attempts to buy votes fell on deaf ears. Earmark of money to purchase the votes of Sen. Lisa Murkowski (R-Alaska) and Susan Collins (R-Maine) proved fruitless. The Washington Post reported this week, “According to a summary obtained by The Washington Post, Sens. Bill Cassidy (R-La.) and Lindsey O. Graham (R-S.C.) will propose giving Alaska and Maine more funding than initially offered. Those states are represented by Republican Sens. Lisa Murkowski (Alaska) and Susan Collins (Maine), who have expressed concerns about the bill but have yet to say how they would vote.”

The bad politics of this effort became another hurdle. On January 15, 2017, The New York Times reported that the day before Obamacare was signed into law, staffers for Sen. McConnell coined the phrase “repeal and replace.” Many conservatives were simply advocating to repeal the new law, but Republican strategists worried that pressing for repeal without an alternative could backfire. So they batted around a few ideas before Josh Holmes, then a top communications adviser to McConnell, tossed out the nicely alliterative phrase “repeal and replace.” That seemed to do the job, with its promise to get rid of the new law detested by Republicans while suggesting that something better would follow.

That messaging fumble the day before Obamacare was signed into law may have been the kiss of death for its repeal, because Republicans were never going to agree on a replacement for Obamacare. A simple message of full repeal might have been achievable with a better strategy.

The tactic used to pass this bill was terrible from the first day of this Congress. Taking a long time to pass a bad bill is never a good strategy, and now the finger pointing can begin. Expect the establishment in Congress to attempt to pin this defeat on Trump. The truth is that congressional leaders merely need to look in the mirror to find the politicians who came up with a bad, plodding strategy to “repeal and replace” Obamacare.

Brian Darling is former Senior Communications Director and Counsel for Sen. Rand Paul (R-KY).  He can be followed on Twitter @BrianHDarling

Sen. Jeff Flake Sells Out Republicans to Be Accepted at DC Cocktail Parties 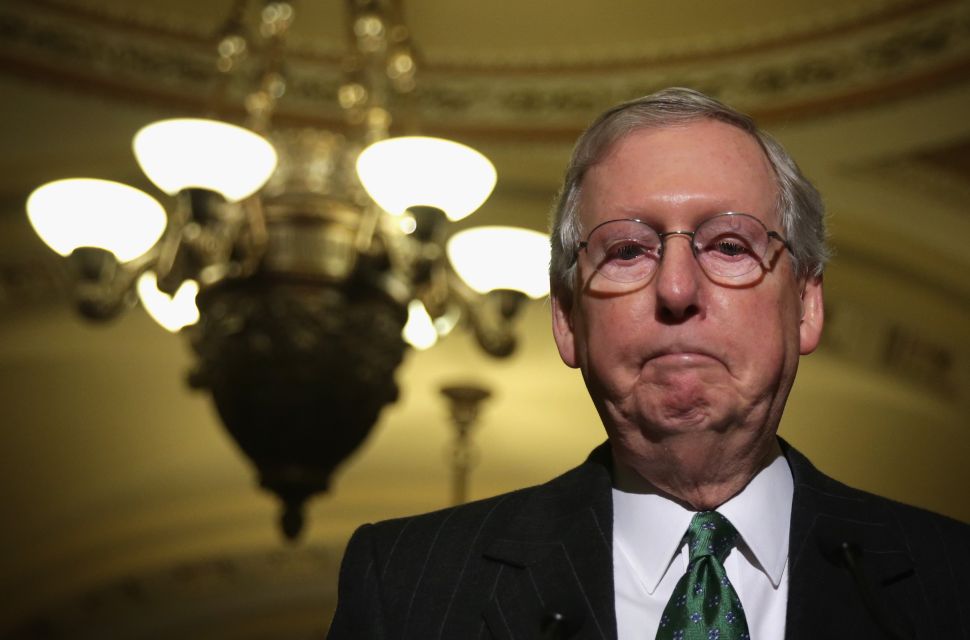