Let me paint a picture. An author kills himself to write a book, throws everything he has into marketing it, and then, in a conversation with another, much more successful author, asks: “What else should I do? How can I make sure my book keeps selling?” It is at this juncture—reached by many an author over the years—that this well-meaning creator is given one of the most frustrating pieces of advice ever designed: The best marketing you can do for your book is to start writing the next one.

It is frustrating because it is depressingly, frustratingly true. I know this because I got this advice right as I finished the launch of my first book, right when I thought it was time to enjoy myself and watch the sales come in which I rested. But the author who told me that was right: More great work is the best way to market yourself.

Likewise, the best thing an actor can do—whether it’s after an enormous blockbuster or an enormous bomb—is to find her next role, unless she wants to be defined by the previous role. Same goes for the entrepreneur—whether her company has just sold or just failed, the best thing she can do for her career? Start the next company.

Would The Godfather be as good just by itself? It is the trilogy that makes it so iconic and culture-defining. Would The Iliad be as popular without The Odyssey, or vice versa? Would The Hobbit be as popular without The Lord of the Rings? Would anyone care about Shakespeare’s sonnets without the plays? Or the comedies without the tragedies? Or Henry IV, Part 1 without Henry IV, Part 2?

In fact, creating more work is one of the most effective marketing techniques of all. Bestselling of the 48 Laws of Power Robert Greene saw his sales really begin to grow after his third book. This was enough for his previous books to be seen as a series. The three books provided enough of a combined sales record for retailers to run promotions around them. Nassim Taleb’s four bestselling books—Fooled by Randomness, The Black Swan, The Bed of Procrustes, and Antifragile—are now known and marketed collectively as the Incerto: “four nonoverlapping volumes that can be accessed in any order.” But remember, this was built by publishing one book after another. My first book, Trust Me, I’m Lying got relatively little support from my publisher because I was an unproven author, but after the success of my third book, The Obstacle is the Way, I started getting more attention. By my fourth and fifth books, I had a strong enough track record that I began to get strong retail placement and larger marketing budgets. Now with my sixth book, Perennial Seller, I’m able to write my own ticket marketing-wise, they want to keep me happy, rather than the other way around. It took time to win their interest—and each new project helped do that. Moby-Dick wasn’t Herman Melville’s first book, and it wasn’t his last either. And while Moby-Dick might not have experienced much commercial success at the outset, it’s unlikely that it would have ever eventually become the classic it became had Melville been a nobody or quit writing in underappreciated disgust.

The point is: Making stuff that stands the test of time will take time. But you don’t just sit there and wait. That’s now how work becomes a perennial seller. You have to build to that. You have to keep going.

The idea that good work compounds itself is not just anecdotal. A study done by economists Alan Sorensen and Ken Hendricks explore this phenomenon in music. It turns out that with each new album, the sales of a band’s previous albums will increase. As the researchers wrote, “Various patterns in the data suggest the source of the spillover is information: a new release causes some uninformed consumers to discover the artist and purchase the artist’s past albums.” In fact, sales of non-debut albums increase by an average of 25 percent because of this additional discovery and exposure.

Nor does this phenomenon necessarily limit itself to art. Apple didn’t market the iPod or iPhone and then stop. It has made new and improved versions of those products almost on a yearly basis for more than a decade now. Each time, the media and customer anticipation only grows bigger. Each of the company’s new products is integrated with its other products, hooking users deeper into the Apple universe.

This was an explicit part of Steve Jobs’s business strategy as well as his personal strategy. As he said, “If you do something and it turns out pretty good, then you should go do something else wonderful, not dwell on it for too long. Just figure out what’s next.” Think about Woody Allen—he does a movie nearly every year, and has for decades. He explained that he goes for “quantity” as a way to get to quality. “If you make a lot of films,” he said, “occasionally a great one comes out. Films never come out in the end how you expect them to at the start.”

Which is why you have to stay at it. Jerry Seinfeld still performs multiple shows a week—and is just as rigorous about his creative process now as he was when the idea of Seinfeld was just a joke between him and Larry David. More than that, he is constantly culling and refining his act, cutting about 10 percent of his material from each year, saying he fires it the way Jack Welch used to do with under-performers. It means his show is getting better and better (and never feels dated) which drives word of mouth and puts asses in seats at each show.

Conversely, the comedian Louis C.K. tosses out his entire one-hour act every single year. He perfects it, polishes it, records it as a special, and then moves on to the next one. This means that every year he has something new and exciting for the media to talk about and his career has been like a rocketship every since he began that pattern.

“You go from project to project with your heart in your mouth,” John McPhee has said. Abandoning proven material or comfortable stomping grounds to start from scratch is a scary prospect because, as McPhee reminds us, “Your last piece will never write your next one for you.” Each time you do this, it not only increases your mastery in your chosen craft, but as a result it also increases your odds of creating something brilliant and lasting. It also grows your back catalog and your platform. The key, though, is that you must do it—you must create, create, create.

I’m not saying that you should just go around wildly saying yes to every opportunity and hoping that one of them sticks. That’s the misguided attitude of most publishers, studios, and labels. If they were a little more discerning and focused on the long term instead of chasing every soon-to-be-forgotten trend, they wouldn’t have to accept such high failure rates (most books don’t earn out their advances, most bands don’t hit it big, most movies fail). We should instead be open opportunities when they present themselves while still carefully selecting our shots—singing only at the pitches that are over the plate and in our wheelhouse. In other words, we should engage only with the ideas that have the opportunity to be perennial because we are the ones best suited to execute them.

You’re not a designer just because you made one thing in Photoshop. In the same way, not everyone who publishes a book is an author. He or she is just someone who has published a book. The best way to become an author is to write more books, just as a true entrepreneur starts more than one business. The best way to become a true comedian, filmmaker, designer, or entrepreneur is to never stop, to keep going. Obviously there are exceptions to this—there are plenty of brilliant creators who have made only one thing. They are still entrepreneurs just as Harper Lee is clearly an author. But wouldn’t the world be a better place if Ralph Ellison had written another book? Hopefully Mark Zuckerberg will start another company someday. Why should anyone’s first product or project be the end of it?

It’s not enough to make one great work. You should try to make a lot of it. Very few of us can afford to abandon our gift after our first attempt, convinced that our legacy is secured. Nor should we. We should prove to the world and to ourselves that we can do it again…and again.

Ryan Holiday is the best-selling author of Perennial Seller: The Art of Making and Marketing Work that Lasts. Ryan is an editor-at-large for the Observer, and he lives in Austin, Texas. 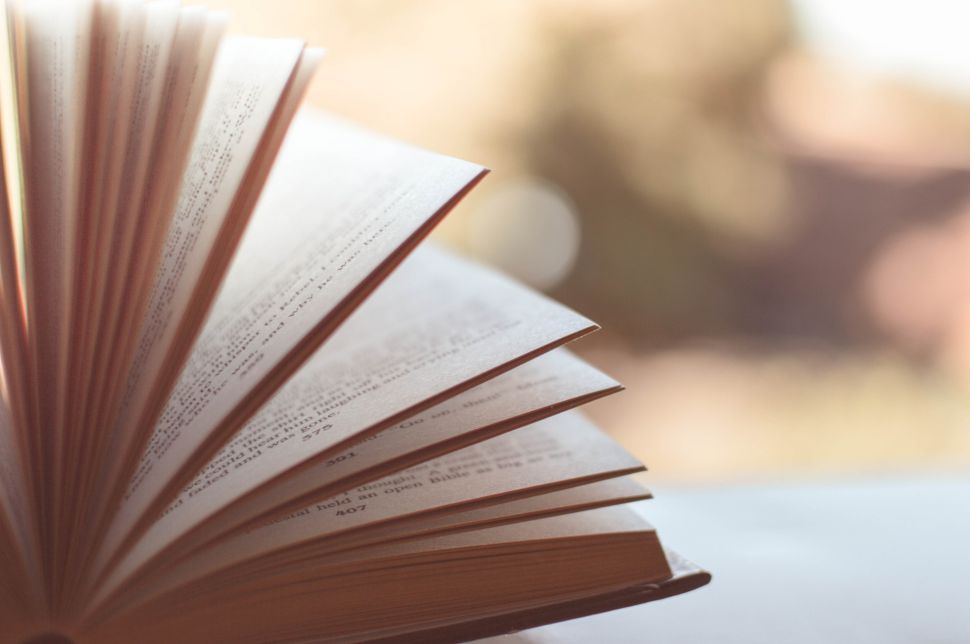