So far in 2017, wildfires have burned 8.77 million acres of land in the U.S., which is more than 2.7 million acres over the 10-year average. As the deadliest wildfire in California history rages on, 2017 is on pace to be the worst wildfire season on record.

Based on the current numbers, 2017 would be the seventh worst year on record in terms of acres burned. The worst wildfire season was 2015, in which over 9.3 million acres burned. The top six worst years for wildfires have all occurred since 2006, signaling that climate change’s impacts are worsening. Summers are becoming drier, longer and hotter, while winters are becoming shorter, warmer, and wetter—and all of these conditions lead to more intense wildfires. Further, several recent studies have found that lightning strikes, which can ignite wildfires, are increasing in number due to climate change.

“The number of wildfires is actually below the 10-year average. It’s not like there’s been an increase in the number of wildfires because that’s not happening, but what is happening is when we start to have these extreme temperatures and these extremely dry conditions, then the vegetation—the fuel—becomes highly flammable. These fires are easy to start, and then many areas of the west, certainly in California, has very complex terrain that can aid fires in growing very rapidly,” Dr. Tim Brown, Research Professor Climatology Director of the Western Regional Climate Center told the Observer. He noted that in 2017 wildfires have burned 2.3 million acres of U.S. Forest Service land, 3.3 million acres of state-owned or private land, and 2.5 million acres of Bureau of Land Management land. Dr. Brown continued, “One of the things about this season was over a lot of the west, the very wet winter and spring provided abundant moisture for a lot of brush and fine fuel growth, fine fuel being grass, grassland kind of growth. A large part, about a fourth, of this acreage that’s burned is from these.”

Several areas in the western United States experienced record-high temperatures this year, drying out land that, combined with abundant fuel sources for fire, created conditions for large wildfires. Dr. Brown explained, “The combination then of these fine fuels along with the rapid drying, and also in the heavier fuels, provided significant fire potential so that if there were to be an ignition, then a wildfire start was likely under these conditions.” However, Dr. Brown noted that researchers are still studying climate change’s specific impacts on this year’s wildfire season.

Other areas around the world are also experiencing record wildfire seasons. With 2.9 million acres burned, Canada’s province of British Columbia had its worst wildfire season on record this year. Greenland had it’s worst wildfire on record since satellite imaging began monitoring them in 2000, an unusual phenomenon since most of its surface is covered in ice. Europe experienced a massive heat wave this summer that led to more than twice the annual average number of wildfires between 2008 and 2016. In June 2017, unprecedented wildfires swept across South Africa, displacing thousands of people. In January 2017, wildfires in Chile were the worst the country has ever seen.

Several climate change scientists at NASA, NOAA, the Union of Concerned Scientists, and leading universities across the globe have noted worsening wildfires are due to climate change. As the world experiences warmer, drier temperatures, wildfires are set to become more frequent, despite land management practices to mitigate their impact. 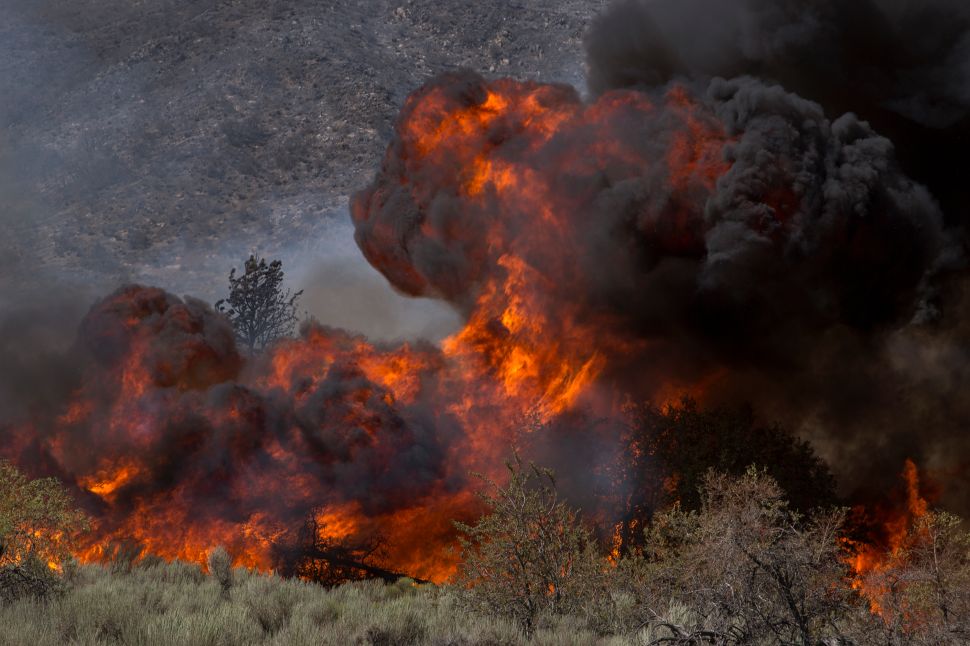