New Jersey has one of the best, most successful, high-quality public preschool programs in the country. Since 2008 and until this school year, only 35 school districts had access to it. Despite the first funding for expansion in nearly a decade, only a few thousand more children will gain access to New Jersey’s prek. 50,000 3- and 4-year-olds are still waiting. That’s not right! Existing 2008 state law promised to expand full-day, state-funded pre-k to children in hundreds of more communities — such as yours. Expanding New Jersey’s pre-k program has become a bipartisan priority for parents, communities and policymakers across the state. Let’s make it a priority for the next governor. Let the candidates for governor know that you want pre-k expansion!

New Jersey’s school aid formula says much about goals for public education — and children — and is a statement of our commitment to equality, quality and improving educational outcomes. In 2008, the Legislature and governor included a provision in the state aid formula to expand New Jersey’s state-funded, high-quality pre-k for more 3- and 4-year-olds in hundreds of communities. The debate on the state budget for the 2017-18 school year included pre-k in discussion of the school aid formula funding. There is no more important educational investment than to expand the state’s successful, high-quality pre-k to more children — as promised in 2008. The next governor needs to know that New Jerseyans support pre-k expansion, and want it funded as a regular part of school funding.

Don’t take our word for it: New Jersey’s state-funded, full-day pre-k is high-quality.

New Jersey’s existing pre-k is among the highest quality—if not the highest—in the country. The National Institute for Early Education Research (NIEER), the Bill & Melinda Gates Foundation and the First Five Years Fund are a few of the organizations identifying real and lasting educational improvements resulting from New Jersey’s pre-k. Our newest ads provide perspectives from leaders across a number of areas—from the business community, health care, law enforcement and media. Hear their independent words about how New Jersey’s pre-k:

Let’s expand New Jersey’s existing pre-k investment and proven success: Expand New Jersey’s pre-k now. New Jersey’s current legislative leaders supported the first funding for pre-k expansion in nearly a decade. However, that provided pre-k access for only a few thousand more 3- and 4-year olds. 50,000 are still waiting! Let the candidates for governor know that you want pre-k, and that you want it in the first budget of a new governor in 2018. Here’s what you can do:

Contact the candidates for governor — Email one or more candidates https://prekourway.org/contact-2018-gov-candidates/. 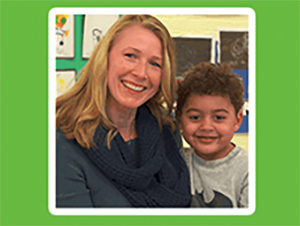