In the wake of the Charlottesville rally, 200 employees of the American Civil Liberties Union have signed a letter stating that their organization’s “rigid stance” on the First Amendment is impeding a greater mission to manifest and protect racial justice in the United States, especially in a time where extremist groups including neo-Nazis and white nationalists are exploiting free speech to push agendas of racism, homophobia, Islamophobia, and other forms of hate. Candidly, the members of the ACLU do not believe that hate speech and members of the alt-right deserve the same First Amendment protection as other citizens because of the harm they can cause to minorities.

“We make decisions on whom we’ll represent and in what context on a case-by-case basis,” an ACLU spokesperson remarked in August after the Charlottesville rallies, “The horrible events in Charlottesville last weekend will certainly inform those decisions going forward.”

Since the time of this statement, the ACLU has experienced internal controversy as it struggles to decide how to protect the First Amendment rights of all citizens, especially when some of those citizens are assembled with tiki torches, chant hate, and use blame the destruction of Confederate statues for their racist and anti-semitic agendas. Two hundred of some 1,300 ACLU employees have signed the letter, according to The New York Times.

The ACLU was organized in the aftermath of World War I. Due to the public’s fears that the Russian Communist Revolution would spread to America, innocent civilians accused of communist activity were unlawfully arrested and incarcerated without proper trial. The ACLU was put in place to protect such citizens from rampant abuse on behalf of their own government. The organization’s mission has not changed, but the landscape of civil liberties violations has. Institutional racism empowers hate groups, who justify their speech with a system initially put in place to protect freedom of self-expression, rather than to justify heinous calls for a modern genocide under the farce that any government body intervening to protect its citizens classifies as censorship.

Now, due to a dangerous series of events—including Donald Trump’s defense of white supremacy—it is United States citizens that endanger the rights and safety of United States citizens, not the government. The explicit intentions of the white nationalists’ occupation of Charlottesville were best captured in the midst of the chaos by Vice News in their interview with Neo-Nazi Robert Ray. He and his fellow purveyors of the First Amendment had come to Virginia to show their counter-protesters a “parasitic class of anti-white vermin,” that the United States is their country, and that they have “stepped off the internet in a big way” to outnumber the “anti-white, anti-American filth.” The irony of the ACLU’s commitment to protecting all American citizens against government censorship exists in the roaring silence of the Trump administration when the rallies turned to violence, and the violence turned to the bloodshed of Heather Heyer, Jay Cullen, and Berke M. M. Bates. As put by Trump in the most catastrophically reluctant press conference the United States has ever seen, there was an “egregious display of hatred, bigotry, and violence on many sides.”

Trump’s comments were not a threat to the free speech of these hate groups warranting protection from the ACLU. They were not supportive words of kindness in the midst of a national tragedy. They were empty words that did not soothe the wounds of “both sides” but empowered white supremacists and mocked racial justice. They were the opposite of censorship. They were worse than silence. 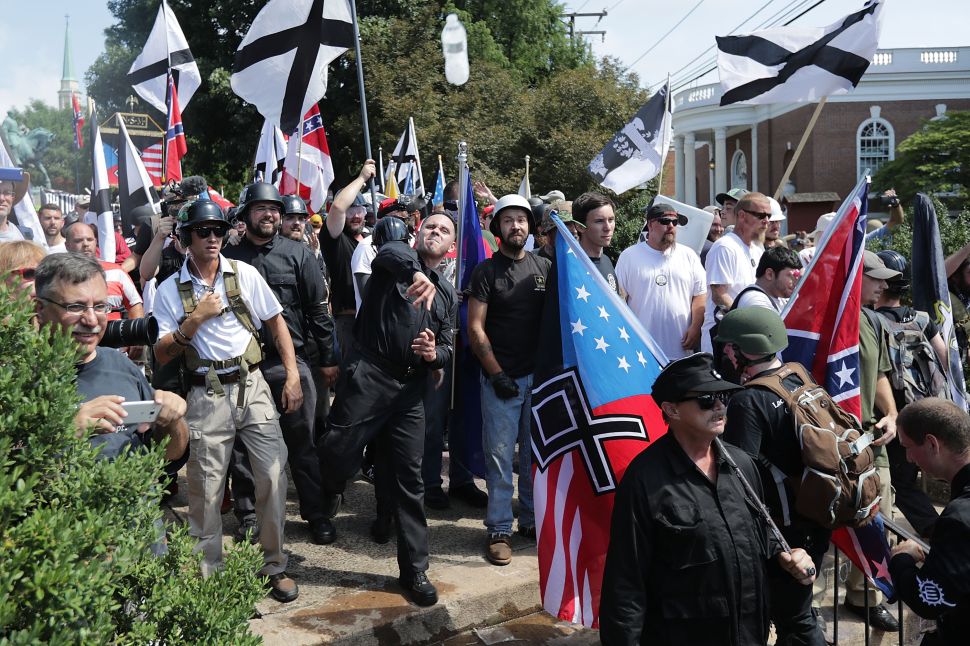