Among the myths about how art heists are carried out is the perception that they are the work of highly-skilled cat burglars who rappel into dark galleries in the middle of the night to plunder museums. It’s thought that they carefully, if not mysteriously, choose from the collection, and expertly subdue blundering security guards who respond to the scene, surprised and unprepared for what they have found.

From a purely statistical perspective, this never happens. It’s the stuff of fiction, not true crime. But, as with everything in life, there are the outliers. In recent weeks, we marked the 45th anniversary of the grandest of the outliers.

Just after midnight on September 4, 1972, a cat burglar took advantage of the cover of darkness and climbed onto the roof of the Montreal Museum of Fine Arts.  He carefully lowered a ladder that was left on the roof by repair workers so that his two cohorts could join him. The trio then accessed a skylight that was, due to repair work, only partially alarmed, and entered the MMFA.

According to art theft writer and researcher Catherine Schofield, who has done years of painstaking research into the heist, the thieves lowered themselves into the second-floor gallery via a 50-foot nylon cord. A guard who was doing his appointed rounds happened upon the crooks and was greeted with two warning shotgun blasts into the ceiling. When the other guards on duty responded, they, too, were subdued and held at gunpoint while the thieves made off with 18 paintings and 39 pieces of jewelry.

As massive as their bounty was, it was nearly worse: the thieves left behind 15 additional paintings they had taken from the walls before they inadvertently tripped an alarm. Still, the haul was staggering. Paintings by A-List artists like Rembrandt, Delacroix, Gainsborough, Picasso, El Greco, and the Renaissance master Tintoretto were among those stolen.

Of the crooks’ choices, a museum spokesman told the press in a CBC broadcast, “It would seem that they were discriminating thieves and had a fairly good idea of what they were looking for, certainly in terms of pictures…in terms of jewelry, it’s open to debate.” Compared to stolen paintings, hot jewels are easy to fence, so the thieves may have actually realized dirty earnings from the haul—a rarity in museum thefts.

At the time, the total take was valued at about $2 million. Today, estimates would be as much as twenty times that figure. Despite the enormity of the heist, forty-five years later, the works remain missing, and there seems to be little public effort to recover them. No media campaigns, no arrests, no reports of searches, no new suspects—nothing.

To me, the heist screams “inside job.” That’s no bold claim: it is estimated that upwards of 90 percent of museum thefts involve some sort of inside information. After all, how else would the thieves know that there was a ladder for their use on the roof of the museum, or that the skylight was only partially alarmed on that specific night? As the museum spokesman admitted, the “system was not as foolproof as it might have been at any other time.” Someone, wittingly or not, must have leaked that key information.

Furthermore, when the thieves tripped the alarm during their departure, they were headed for a panel truck belonging to the museum, with a key taken from one of the guards in hand. When a getaway plan includes using a vehicle belonging to the victim, a large amount of confidence about its availability and reliability—not to mention the location of the key—is a must. The getaway is far too essential to leave to chance.

The usual motives were bandied about in the press. Sam Schecter, an art consultant in Montreal at the time, told CBC: “It’s quite obvious that they’re going to make a deal with the insurance companies.” Despite an early overture to the museum by someone involved in the heist, no deal was made with insurers and the trail fell silent. Fortunately, the stolen items were, in fact, insured, and the Montreal MFA used the payment to add a Rubens masterpiece, The Leopards, to their collection, giving the injured institution a new sense of excitement. But soon, the museum would be stung again. Analysis of pigments from their newly acquired masterpiece indicated that they dated from about forty years after the death of the great Dutch Master. Rather than Rubens, the museum’s acquisition was probably created by his students.

Today, the museum is thriving, and given the circumstances, it’s perhaps understandable that the institution prefers to leave the whole affair behind them. Why focus on the past? Filmmaker Maxime-Claude L’Écuyer, who has devoted years examining the story, correctly points out that the art is now owned by Lloyds, the insurer who paid the museum’s claim. “But,” he added, “if the paintings do get miraculously recovered, the MMFA gets the first pick and first chance to rebuy the stolen paintings… However, if that happens, I am not sure that the museum has the money to rebuy the Rembrandt, which is evaluated today at approximately $50 million dollars.”

So, why does it seem that there are no efforts to recover the art? “Well, the Surete du Quebec no longer have a police unit for cultural crime,” L’Écuyer told Observer, adding that the unit’s leader was transferred to the radicalization unit, a move not unlike recently witnessed in Great Britain, where the art and antiques unit was temporarily re-deployed to fight terrorism.

But Schofield makes perhaps the key point. “We don’t know the status of the case. The police do not openly discuss [it].” As every investigator knows, the absence of reporting by the media does not mean that nothing is happening. And as to the MMFA’s silence on the topic, she points out that it’s understandable. “It’s like a death in the family,” Schofield points out.  Nevertheless, the museum’s staff was very accommodating to her research, sharing images of the lost art from the archives.

L’Écuyer is determined not to let the paintings be forgotten. His forthcoming fact-based-fiction feature film that will be released late in 2017, Pentimento, aims to put the story back into the public’s consciousness by telling the it to a new generation. His work includes an interview with the late Director of the MMFA, David Carter, and promises to reveal new and intriguing information that will hopefully reactivate the hunt of these important paintings. Works such as these are meant to live forever. Hopefully, L’Écuyer attempt to resurrect them will lead to a recovery.

Anthony Amore is an internationally recognized expert in the field of art crime. His experience includes serving as the Isabella Stewart Gardner Museum’s chief investigator into the world’s largest art theft, and leadership roles with the Department of Homeland Security. He runs Copley Research and he has published two books. He is on Twitter @anthony_m_amore.

Despite Leading Signs, Perpetrators of 1985 de Kooning Heist May Remain a Mystery
Hot Heist: Over 40 Warhols Stolen in 10 Years
How John McEnroe Sees the Art World After Being Duped in an $88M Scam 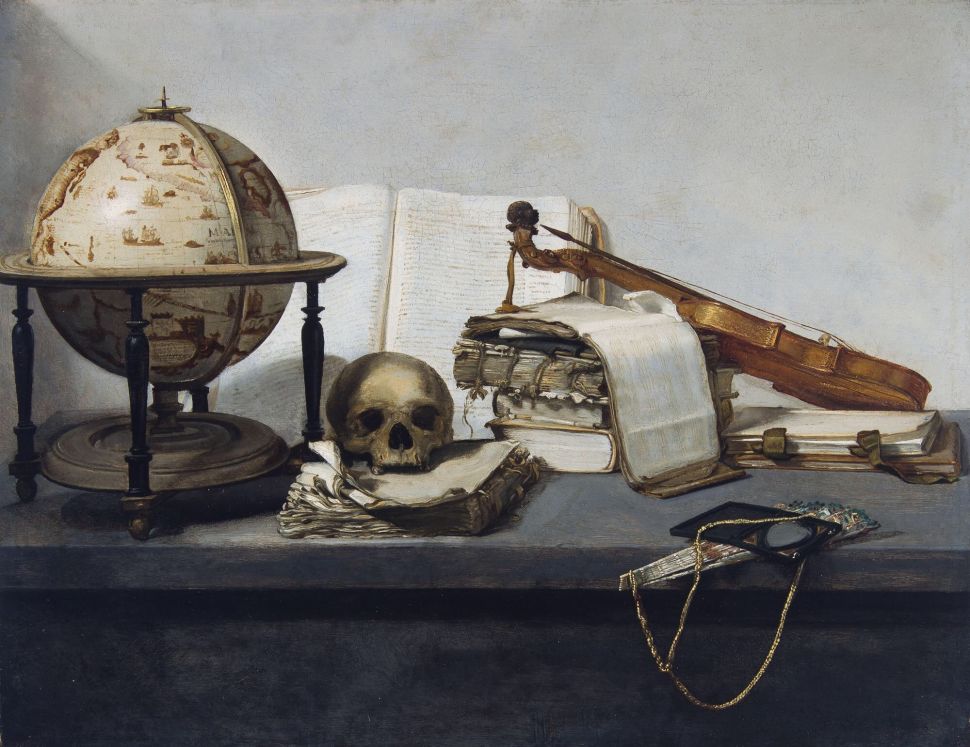