Two Montessori schools in the Flatiron and Soho neighborhoods made news in June by announcing that although they wouldn’t be accepting credit cards, parents were free to pay for their kiddos’ tuition in Bitcoin. The decision to accept payment in cryptocurrency must have been welcome news to any of the school’s parents who had been early investors in Bitcoin and had rode the currency’s recent rise, especially considering the schools’ $31,000 a year tuition—high even by New York City’s private pre-school standards.

But what if, like most of us, you weren’t an early investor in Bitcoin, Ether, Dash, Monero, or any one of the other estimated 3,000 digital currencies that have been launched over the past few years? You may be asking yourself, “how do I get in on this digital currency thing before it’s too late?”

Maybe you’re wondering which currency or basket of tokens is right for you.

While there are myriad ways to acquire cryptocurrencies, it is almost always a confusing process—a reflection of the crypto ecosystem’s relative infancy. “The interface isn’t there yet,” CNN and Fox News Contributor Ethan Bearman told Observer. “The gateway to the digital currency playing field is much like the experience of going ‘online’ in 1989. It’s certainly possible, but you are in for a very choppy ride.”

Let’s start with the basics.

The simplest place one can go to buy Bitcoin is on Coinbase—the leading Bitcoin wallet in the United States. A wallet is a place where one stores, and sometimes acquires, Bitcoin. However, Coinbase currently only supports three different types of currencies: Bitcoin, Litecoin and Ethereum.

Coinbase also functions a bit like a digital currency exchange where different currencies can be bought and sold, but it lacks the basic trading toolsets that even semi-sophisticated investors would expect to see on such a platform. By dealing with only three of the thousands of digital currencies available worldwide, it really isn’t the ideal place to acquire emerging crypto-money and have access to the hottest ICOs.

The first generation of digital currency exchanges function much like their real-world counterparts, such as eTrade. These centralized exchanges hold user’s coins and execute trades upon request; however, enabling an exchange to hold currencies on one’s behalf has gotten a bad rap in recent years—primarily after the Mt Gox imbroglio of 2014, which instilled fears of both hacking and mismanagement of exchange operators, for good reason.

Nevertheless, even with the best security measures, trusting a third-party to handle digital assets, as with a centralized exchange, carries the potential for breaches. Now, one Brooklyn-originated startup is looking to bring some order to the chaos and take what they claim is a more secure approach. It’s called AirSwap.

Decentralized exchanges on the other hand, employ smart contract technology, allowing users to bypass storing tokens on a central server that is susceptible to hacks.

Still, not all decentralized exchanges are created equally. In other words, users hold their own coins until the second coins are traded; only then are they swapped.

Many existing exchanges also use public order books, which list all buy and sell orders publicly. This can allow traders or the exchange itself to game the system in a variety of ways such as front-running (i.e. when someone with knowledge of pending orders buys ahead of the order and sells into the order after the price has gone up).

AirSwap is looking to blaze a new path in the cryptosphere, providing a decentralized, global and peer-to-peer token trading platform that reduces front-running risk by making the order book private, and off-chain (i.e. non-public). The company was founded by Don Mosites and Michael Oved and is backed by ConsenSys, a pioneer in the cryptocurrency security community.

Other exchanges such as Poloniex, EtherDelta, and 0x use public order books, which can be arbitraged and are therefore potentially more prone to breaches. And while exchanges like ShapeShift perform trades as your sole counterparty, taking a fee on each transaction, AirSwap enables you to connect with any other peer to perform your trade.

AirSwap also does not hold user’s coins in what is called a “hot wallet”—a wallet connected to an exchange, which is more susceptible to hacking. AirSwap users benefit from being able to connect with other counterparties off-chain to negotiate and perform a trade. This peer-to-peer exchange makes the process more efficient, protects users’ privacy, and eliminates the transaction fee.

And if consumer and user demand is any indicator (when is it ever not?), AirSwap is going enjoy a tremendous level of success. Sam Tabar, strategist for AirSwap explained to Observer: “There has been incredible demand for a platform such as Airswap; although we have reached our hard cap of a $36 million sale target with over 9,400 buyers, we have yet to pop any bottles of champagne—reaching our sales goal was not the end-game. It’s just the beginning in which we will use those proceeds to build out a platform according to a roadmap that we’ve published.”

Tabar continued, “What these tokens do is act as a nameless membership card to access our system. On our system, the token-holder can securely buy and sell tokens through the process of atomic swaps which secures the integrity of a trade. People will be able to trade niche tokens which normally can’t get listed on a major centralized exchange using our platform” Airswap’s solution will make it easier for newer tokens to gain liquidity, which, in turn, benefits the entire digital currency ecosystem as a whole. “Centralized exchanges could possibly be rendered irrelevant by decentralized exchanges like AirSwap,” concluded Tabar.

AirSwap has lined up an advisory board featuring a “who’s who” of cryptocurrency industry insiders. Notable members of the board include Ethereum Co-Founder Joseph Lubin and Bill Tai, board director of BitFury, the world’s largest Bitcoin Blockchain company. They join Israel’s former Chief Scientist Mina Teicher, founder of Robot Heart George Mueller, Cornerstone Capital CEO Erika Karp, and Clifford Hart, the former United States ambassador to Hong Kong and Macau.

Michael Novogratz, former Fortress hedge fund manager, has signed on as an AirSwap Advisor. Novogratz told CNBC he’s “fascinated to see the next wave of innovation in decentralized exchanges… AirSwap [is] a well-thought out platform with a fantastic team.”

AirSwap uses atomic swaps on the block-chain with zero counterparty risk. Joe Lubin, founder of Consensys, told Observer that it’s this aspect of AirsSwap that’s a “revelation to many in the industry. We are moving from a world in which we have centralized companies, that often have an adversarial relationship with their customers, to a world in which we are essentially replacing them with services provided on open ecosystems. It’s a sea change in how social and economic systems on the planet are being built and will be built in the future.”

Cryptocurrency might be the most well-known mystery in the market today. Words like “Bitcoin” and “token” have become nearly ubiquitous, and Ethereum becomes more popular by the minute. But the trend over the coming months portends a shift in the dynamic of among casual investors from where one should buy digital currency, to which platform or exchange they will turn to do their trades.

Arick Wierson is a six time Emmy Award-winning television executive and former senior political and communications adviser to New York City Michael Bloomberg. He is the founder of NYC TV and NYC Media Group, the largest publically-owned broadcast entity in the United States. Currently, Wierson is a political and branding consultant to clients in the United States, Africa and Latin America. You can follow him on twitter @ArickWierson.

Richie Hecker is technology entrepreneur and investor. He has been operating tech companies since 2000. He has bought and sold assets that have had enterprise values over a billion dollars and has taken one company public. He is a leading organizer in the startup and cryptocurrency community. He co-founded the Crypto Working Group, which aims to be the FINRA for Crypto. He is a frequent op-ed writer for leading publications including TechCrunch, Wall Street Journal Accelerators, HuffPo and Observer. He also lectures at universities including Columbia, Parsons and NYU on entrepreneurship and finance. You can follow him on twitter @RichieBlueEyes. 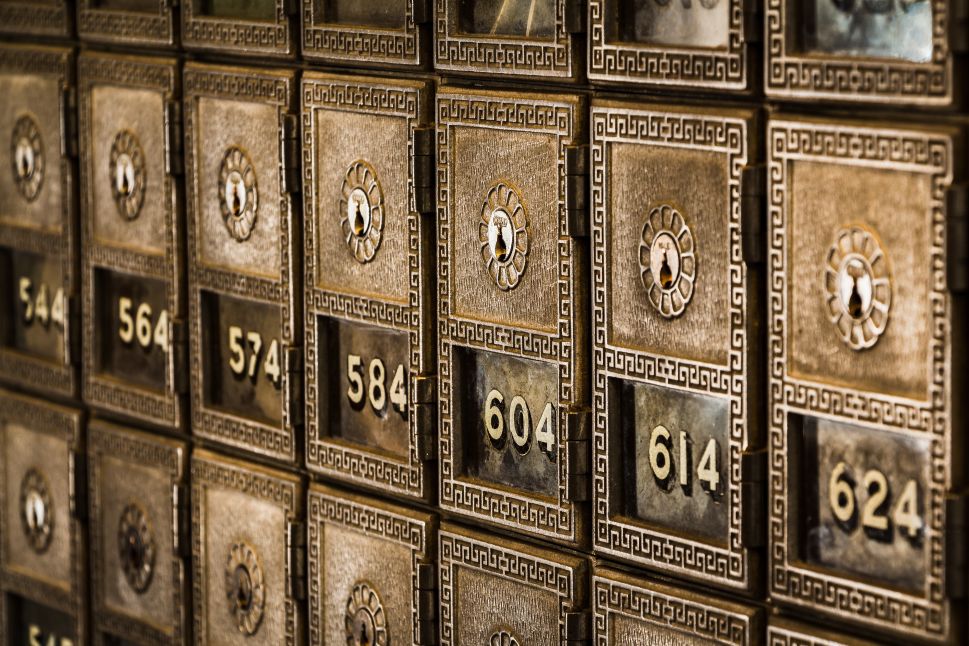