At the end of July, we reported that AltSpaceVR would soon be closing down, based on a blog post from the company announcing its imminent shutdown.

Subsequent to that reporting, we started to hear rumors that something might keep the site afloat, but nothing was definite. It turns out that Microsoft turned out to be the potential partner keeping the site alive. It’s no longer a potential partnership, though. Today, Microsoft announced it would be acquiring the virtual reality community.

“When we announced our closing, a common sentiment was that we were pioneers, if not ahead of our time. People were sad that they wouldn’t be able to see what we could have built together with our community. I’m grateful that we get a chance to follow through on the story we started five years ago and see how much farther we can take this technology,” AltspaceVR CEO Eric Romo wrote the Observer, via a spokesperson.

On the AltspaceVR blog, it explains a little more:

Many members of the AltspaceVR team worked hard in the following days and weeks to make sure the technology lived on. They connected with Alex Kipman and found a natural overlap between his goals for mixed reality and their hopes for the future of AltspaceVR.

Kipman leads many of Microsoft’s edgier hardware products, including the Hololens. The company has a variety of mixed reality headsets available for pre-order now, starting at $399.

AltspaceVR was built around a near term future when the sort of processors that run cell phones start powering VR helmets. This will make for more affordable experiences.

AltspaceVR is also promising its community that its product will remain cross-platform and that the website and community will remain fundamentally the same. Users will continue to be able to go to comedy shows and hang out together through their goggles, just as they always have. 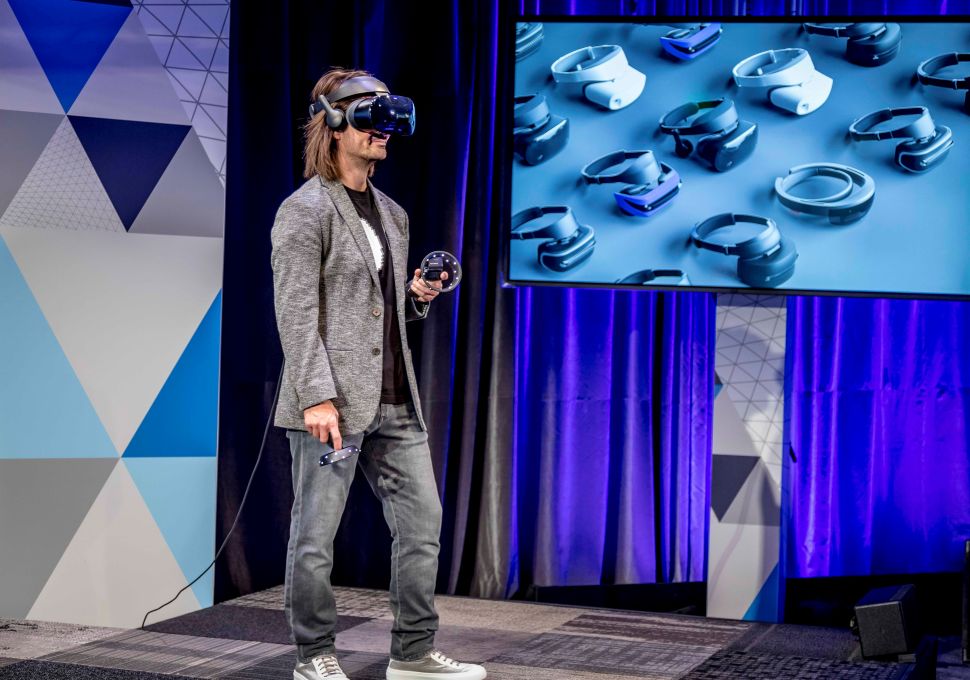