Three U.S. Army Special Forces operators conducting a joint military training exercise with their Nigerien counterparts were killed, along with a host-nation serviceman, when gunmen in the southwestern area of the country attacked the group, according to American military officials in Germany on Thursday.

Two other Green Berets were also injured in the gun battle.

The commandos’ deaths are the first to occur under enemy fire since the U.S. began joint-military training exercises with Nigerien Armed Forces roughly 12 years ago. The mission then, as it was on Wednesday when the joint patrol was taken by surprise, was to share intelligence and sharpen combat skills while simultaneously working to curb terrorist proliferation in the region—most notably by Al Qaeda in the Islamic Maghreb (AQIM) and Boko Haram.

The names of the deceased are being withheld, per standard military protocol, as officials take 24 hours to let family members know about their loved ones. The New York Times reported the men came from the 3rd Special Forces Group.

“Our thoughts and prayers are with the families and friends of the fallen service members,” the statement continued.

More and more of America’s special operational forces are being called upon to carry out small missions around the world. But in the Sahel region of Africa—a semi-arid swathe of the continent skirting the southern edge of the Sahara Desert and demarcating the ecoclimatic and biogeographic transition into the Savannah of sub-Saharan Africa—extremism has proven difficult to stamp out by both host governments and through Western military interventionism.

The area where the attack occurred is remote and not far from the border with Mali, which has struggled to rein in various insurgent groups fighting government forces in that country. They are notorious for taking advantage of the porous border between the two nations, carrying out strikes sometimes at will.

Dr. Olivier Walther, a Danish professor of political science but currently a visiting associate professor at the Sahel Research Group and Center for African Studies at the University of Florida, said on Thursday the myriad armed movements in the region, combined with shifting alliances between them—along with political instability, rebellions, jihadist insurgencies, protests and illegal trafficking—make the area chaotic and difficult to control.

“Our recent work in the region shows… no fewer than 20 armed groups—some rebels, some religious extremists—were in open conflict with the government of Mali (where the attackers probably come from) between the beginning of the 1990s and up to last year,” Walther told the Observer by email on Thursday. “Additionally… organizations affiliated with Al Qaeda are far from being independent entities. They form several components of a flexible and opportunistic network and share a common historical and, sometimes, ideological background.”

Niger, which is mired in chronic instability and poverty, is unable to fully secure its borders, which was the impetus for the U.S. to strike a closer relationship with Niamey’s government.

Ibrahim Yahaya Ibrahim, a doctoral student from Niger studying economic, political and regional security issues of the Sahel in the University of Florida’s political science department, said his country’s government is simply too weak to handle everything happening on its borders, with an armed military force of roughly 15,000.

“If you look at the region, Niger is the only country holding up in an area where all the other countries have conflict,” Ibrahim, who came to the U.S. as a Fulbright Scholar, told the Observer on Thursday. “The government is overwhelmed by all of the instability on its borders. And it has an undersized and underfunded military that’s being asked to address two to three different fights along its borders… This is too much for a country that doesn’t have the capacity to do so.”

This was the overriding purpose of the U.S. offering to help their Nigerien partners—a symbiotic relationship where the Nigerien government could share its intelligence while its military benefited from valuable training by elite American commandos.

One of the major complicating matters for Niger’s government is the running conflict with Boko Haram, an insurgent group founded in 2002 that began as an anti-Western education movement in Nigeria and grew into a powerfully armed regional insurgency. Billed as the deadliest terrorist group in the world in 2015, with allegiances and ties to other Islamist militant groups across the African continent, Boko Haram’s goal is to establish an Islamic state, or Caliphate.

The Nigerien conflict with Boko Haram has caused further stagnation in economic development and has destabilized the country’s southeastern region—the epicenter of the clashes between the two entities, according to the International Crisis Group (ICG), a Brussels-based, non-governmental organization whose main mission is the prevention of violent, armed conflict between nation-states.

“Despite direct support from Chadian troops since 2015 and improved collaboration with the Nigerian army, Nigerien forces have been unable to put a stop to attacks by insurgents, some of whom have links to the Islamic State (IS),” a report from this year on the organization’s website states. “The military option has produced results but has also shown its limits. The war effort must be accompanied by an approach that would allow demobilisation of the movement’s militants and promote a political solution to the tensions that have stimulated its local spread. The government must also prioritise economic revival and public service provision to bring relief to an exhausted population, whose suffering fuels the insurrection.”

To that end, a large part of the jihadism the U.S. Army Special Forces members were deployed to Niger and elsewhere in the region to prevent, is only spreading as resources for livestock and humans alike becomes increasingly scarce.

Initially, President Trump indicated he would pull back from the Obama policy of employing small groups of American special operations forces to quietly take care of security issues that affected international policy, but the reality is Trump is using his country’s specialized military operators more than ever.

Hopefully the three Army Green Berets and Nigerien army serviceman who died on Wednesday under harsh circumstances didn’t die in vain for a cause with no clearly defined goal. 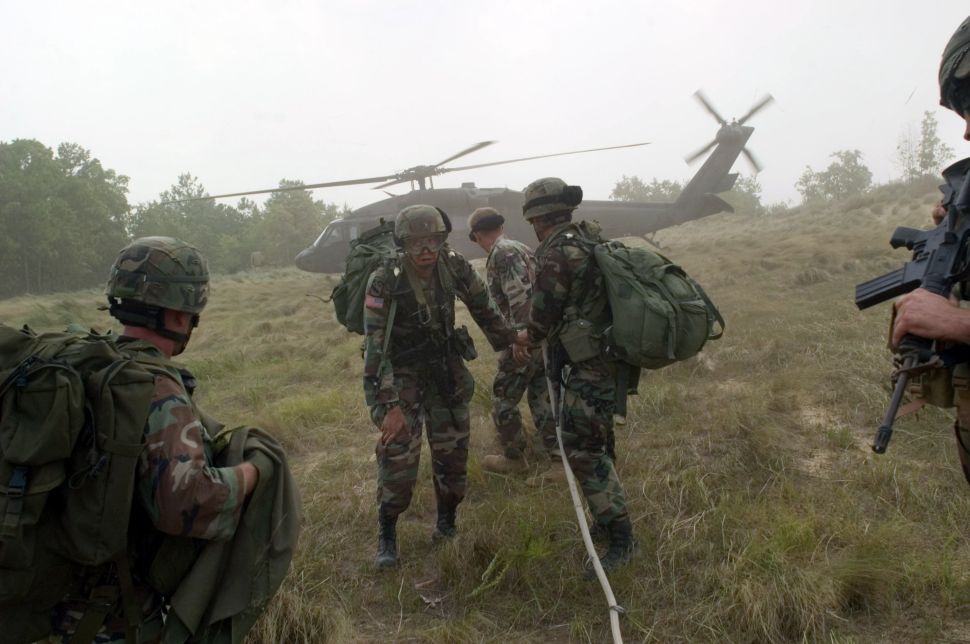